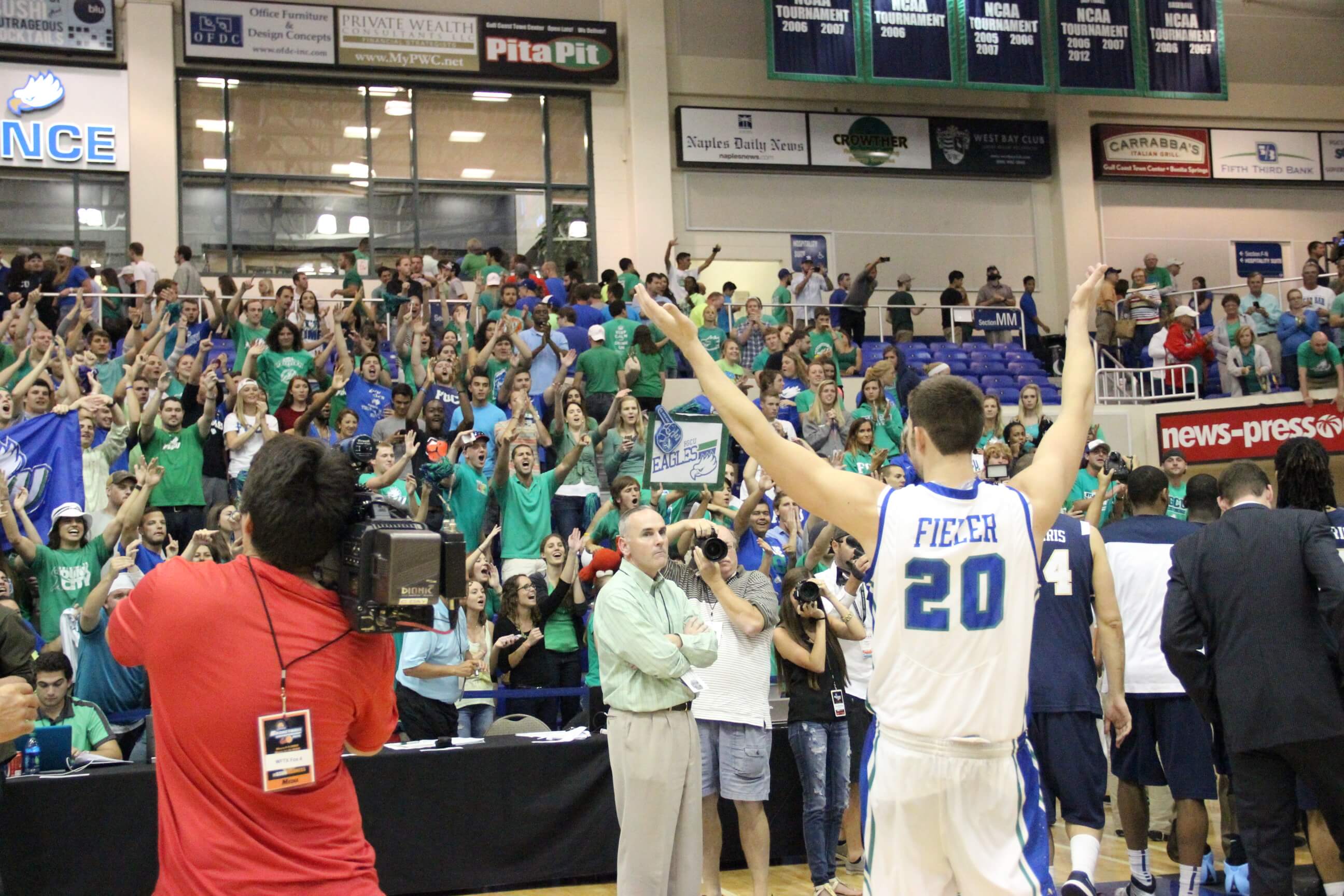 The Eagles will face Mercer University Sunday afternoon at Alico Arena. FGCU and Mercer split their regular season matchups with both teams winning at their home arenas in A-Sun play.

“We saw a really competitive college basketball game tonight,” said head coach Joe Dooley.  “I thought that ETSU was terrific, they came out and made some plays but I thought our guys responded.  It was great to see a senior leader step up when we needed him.  We struggled in spots. We all noticed we didn’t shoot the ball well but sometimes you have to rely on your defense and I think our defense saved us tonight.”

FGCU held ETSU to a 33 percent from the field while the Eagles made 37.3 percent of its shots.

The Eagles only had a one-point lead at the half, 34-33, and never pulled away from ETSU.  With two minutes on the clock and a tie at 62, Brett Comer threw down a rare dunk for the Winter Park, Fla., native and gave the Eagles a two-point lead.  ETSU failed to score on its next drive and a Jones three pointer put the Eagles up five, 67-62, with a minute left in the game.