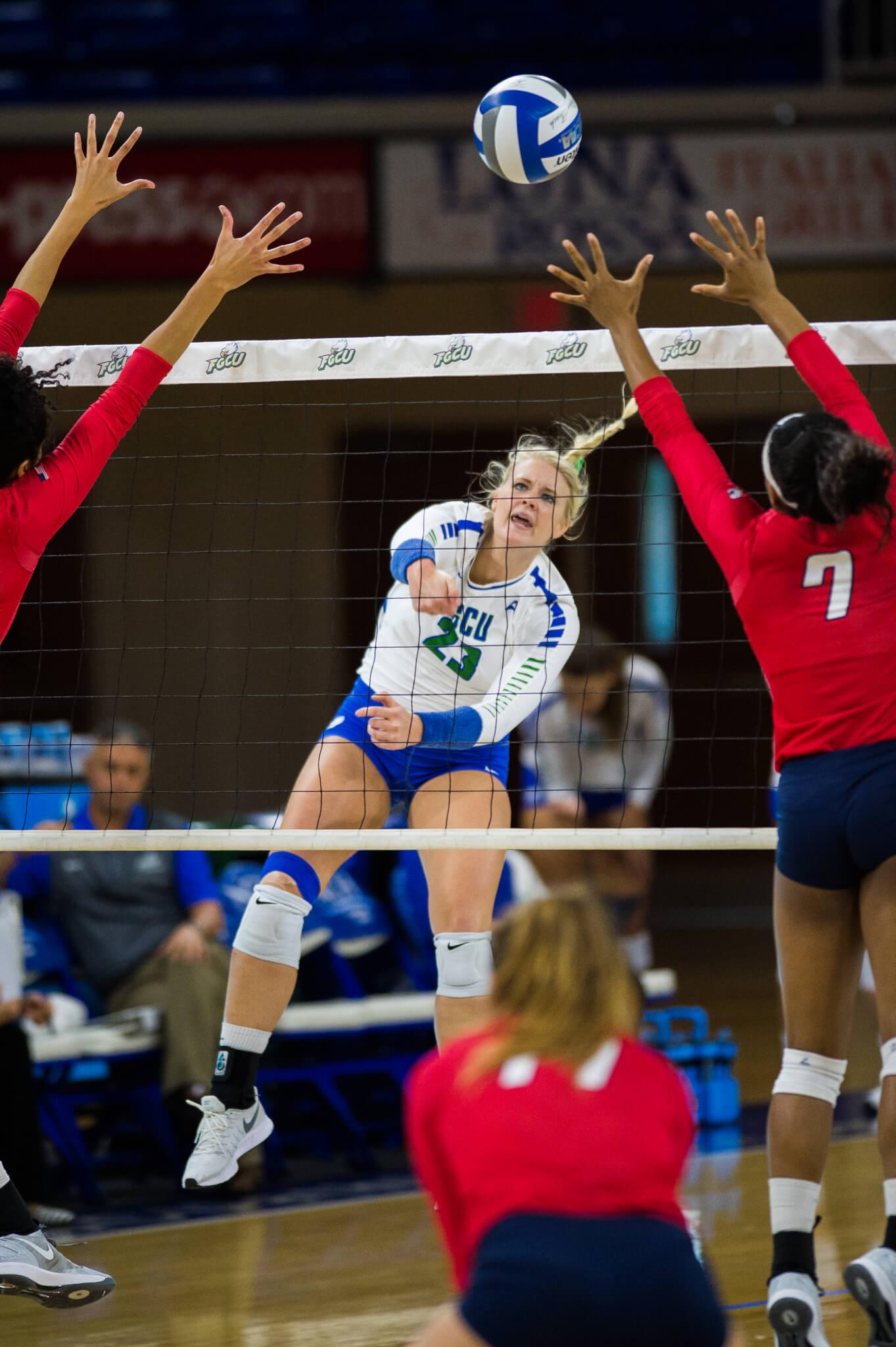 On Tuesday night, FGCU did it again with another win against Bethune-Cookman University, making that the Eagles 13th straight win.

FGCU started out strong in the first set with the momentum of a winning streak on their side.

They secured the lead immediately with four consecutive kills. The Eagles held onto the lead throughout the game and created a large score gap by staying relentless on offensive. A kill from Leigh Pudwill ended the first set in favor of FGCU, 25-13.

The second set started with another grasp on the lead from the Eagles. This set was much closer than the first as the Wildcats began to find their rhythm, but Amanda Carroll’s attacks in the front row couldn’t be stopped. Carroll continued to rack up the kills in the second set. A kill from Giovanna Borgiotti allowed FGCU to claim set two, 25-20.

With momentum on the Eagle’s side, they played together like a well-oiled machine. Two kills from Pudwill, a kill from Borgiotti, and an error from BCU gave the lead to FGCU.

The Eagles barely held onto the lead as BCU tried to comeback to take the third set, but fell short. The offense continued its aggressive play it should through the match and the third set also came to end with a kill from Pudwill, 25-20.