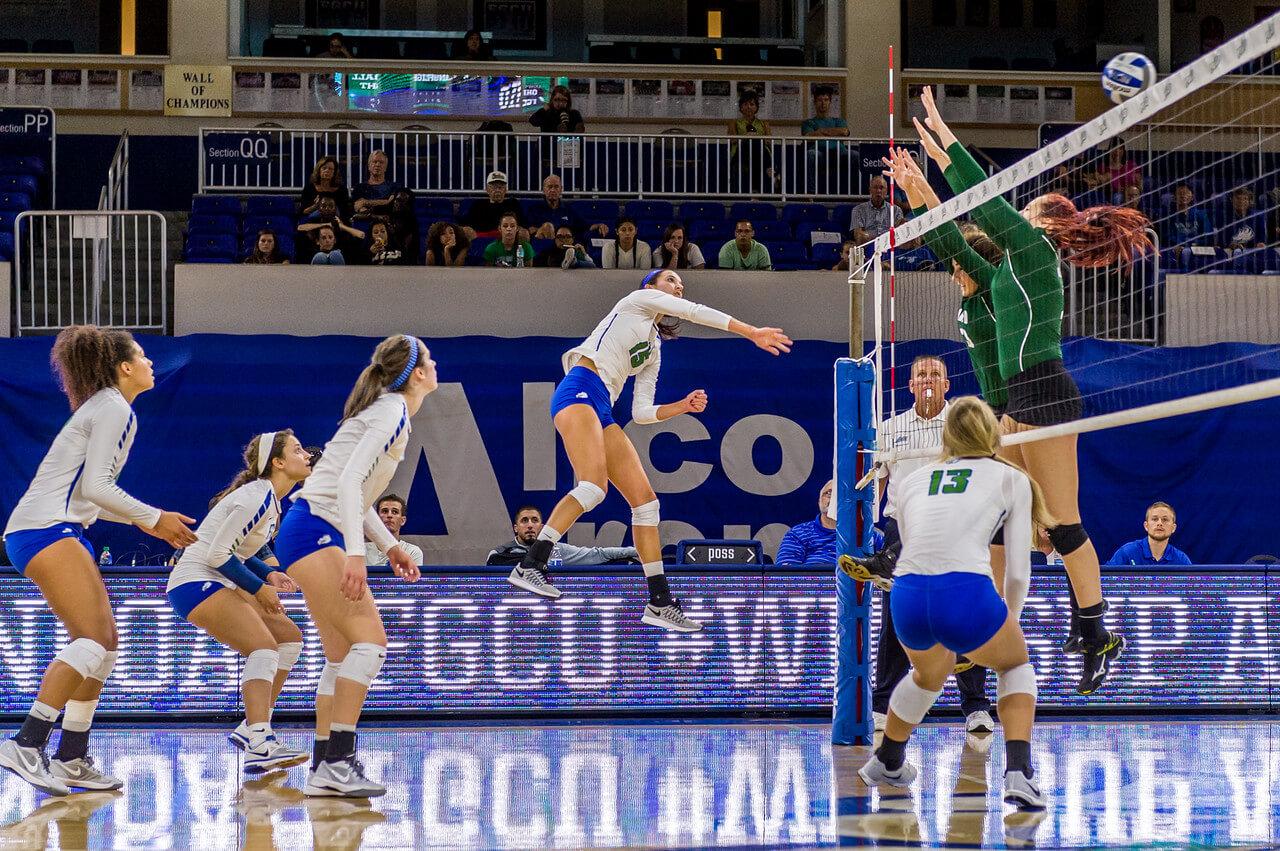 FGCU volleyball took a tough loss in the season opener against Villanova at the Bobcat Invitational. The Eagles fell 3-0 (25-18, 25-22, 25-21) to the Wildcats in their first of three weekend matches.

Even with the loss, head coach Matt Botsford saw some positive individual play and added growth from the new team. The two starting freshmen, outside hitter, Ciara DeBell, and middle block, Danielle Serrano, were two standouts during the match.

In her first match as an Eagle, DeBell led the team’s offensive attack with 11 kills, an ace in the second set, and a .345 hitting percentage. Along with DeBell, fellow freshman Serrano showed strong potential with a solo block in the first set and three block assists.
Leigh Pudwill and Courtney Stephens led the team’s defense with 12 digs each, while Pudwill added four blocks.

Collectively, the Eagles struggled offensively with a .142 hitting percentage, allowing Villanova to have an attacking percentage of .250. Even though FGCU lead halfway through the second set, Villanova dominated the game overall.

The Eagles will continue to play tomorrow at the Bobcat Invitational, hoping for their first win. FGCU begins the day at 10 a.m. with a match against Ohio and will end the weekend with a 5 p.m. match against No. 22 Western Kentucky.