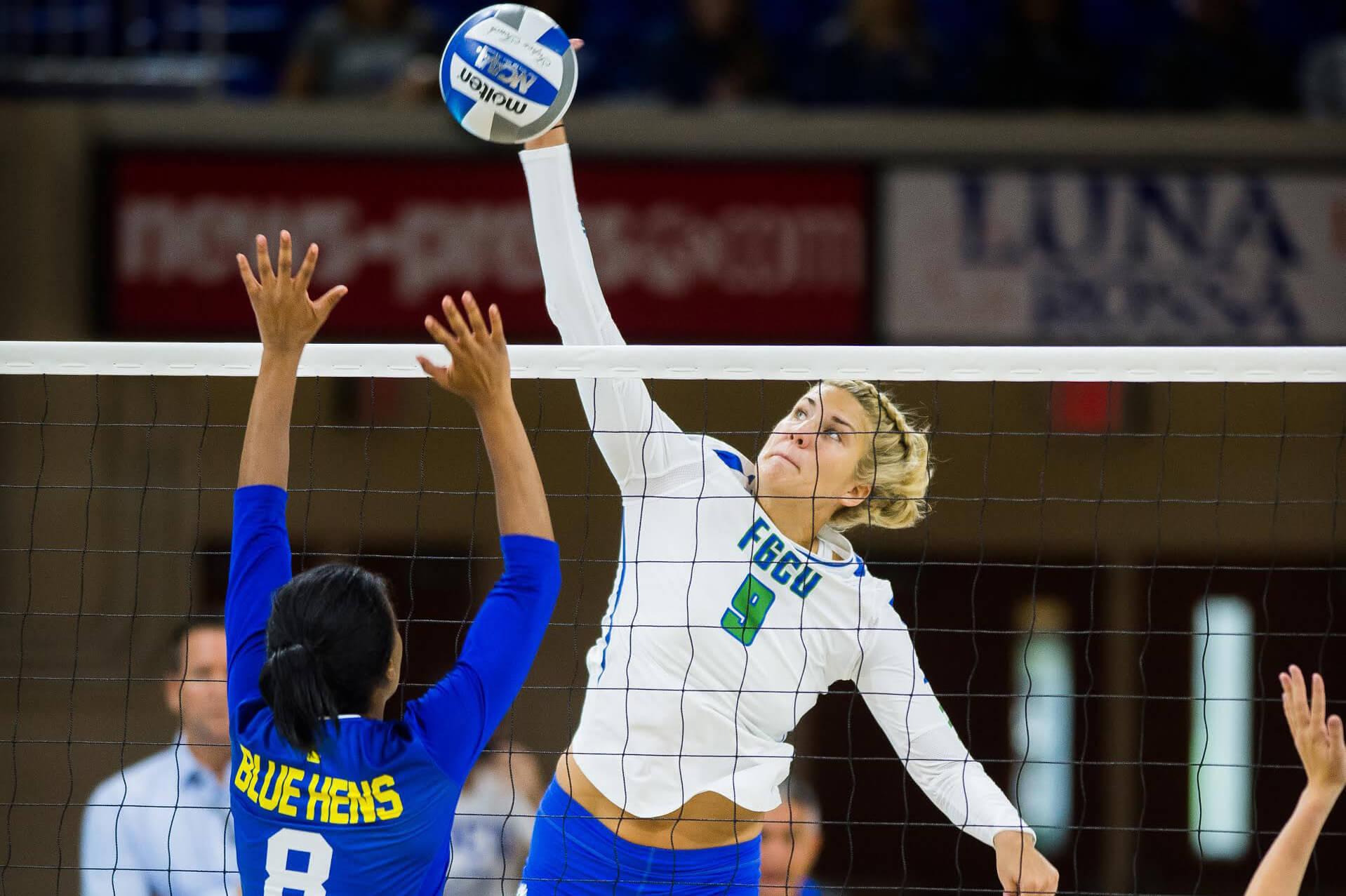 Even with the outcome not favoring FGCU, the team played a strong game fight, putting 18.5 blocks, which marks the most in a single match for the Eagles in the DI era and fourth-most in program history.

FGCU’s defense was led by libero Karissa Rhodes, who led the Bisons’ offensive to a season-low .043 hitting percentage.

“Tonight was a gritty performance against a very talented Lipscomb team,” head coach Matt Botsford told FGCU Athletics. “The first set was a very one-sided affair, but as I have grown accustomed to seeing, we came out in set two with a renewed focus. Even though we were struggling on the offensive end, the team found other ways to impact the match in our favor, and it started with serving and blocking. That was by far the best blocking performance I’ve seen in my time here at FGCU.”

ASUN Setter of the Year Maggie Rick finished the night with 35 assists on FGCU’s 40 kills. Benefitting from Rick’s setting was sophomore hitter Amanda Carroll who totaled 12 kills, bringing her career total to 900. Both Rick and Carroll were named to the All-Tournament Team for their postseason performances.

In the first set, Lipscomb started off quick, trading the first four points, but the Bisons went on a three-point run, forcing the Eagles to take a timeout.

Borgiotti stepped up defensively with a pair of solo blocks to get the Eagles right back in it. FGCU used kills from Carroll and Moeller to bring the set to 18-15 but allowed six-straight points from the Bisons that resulted in a 16-25 loss in the set.

Similar to the first set, the Eagles and Bison were tied 7-7 to begin the second set. FGCU recorded five blocks and held the Bisons hitting percentage to .132.

Down 14-8, FGCU came back with five-straight points with a pair of kills from Carroll to cut the Bisons’ lead to one. Following an attack error from Nusbaum, FGCU tied it at 23, but back-to-back kills from Racich and Phillips put the set away and gave Lipscomb a 2-0 lead.

To begin the third set, the Eagles got off to a strong start with a 7-2 lead. FGCU dominated along the net again, totaling 5.5 blocks from Pudwill and Serrano.

Defensive pressure eventually turned into offensive production, as FGCU hit .346 in the game and held Lipscomb to just .086. The Eagles ended the set with a kill from Moeller, bringing the overall score to 2-1.

The Eagles fell behind 5-2 early in the fourth set but used five-straight points to take a 7-5 lead. Multiple errors from Lipscomb helped the Eagles increase their lead to five by a score of 18-13.

Unfortunately for the Eagles, four-straight Bisons points put Lipscomb right back in it, and at 24-23, the Bisons captured a final point off a kill from Cloe Rodgers to end the match in four, ending the FGCU’s historic season.