FGCU volleyball gets first win of the season over Ohio 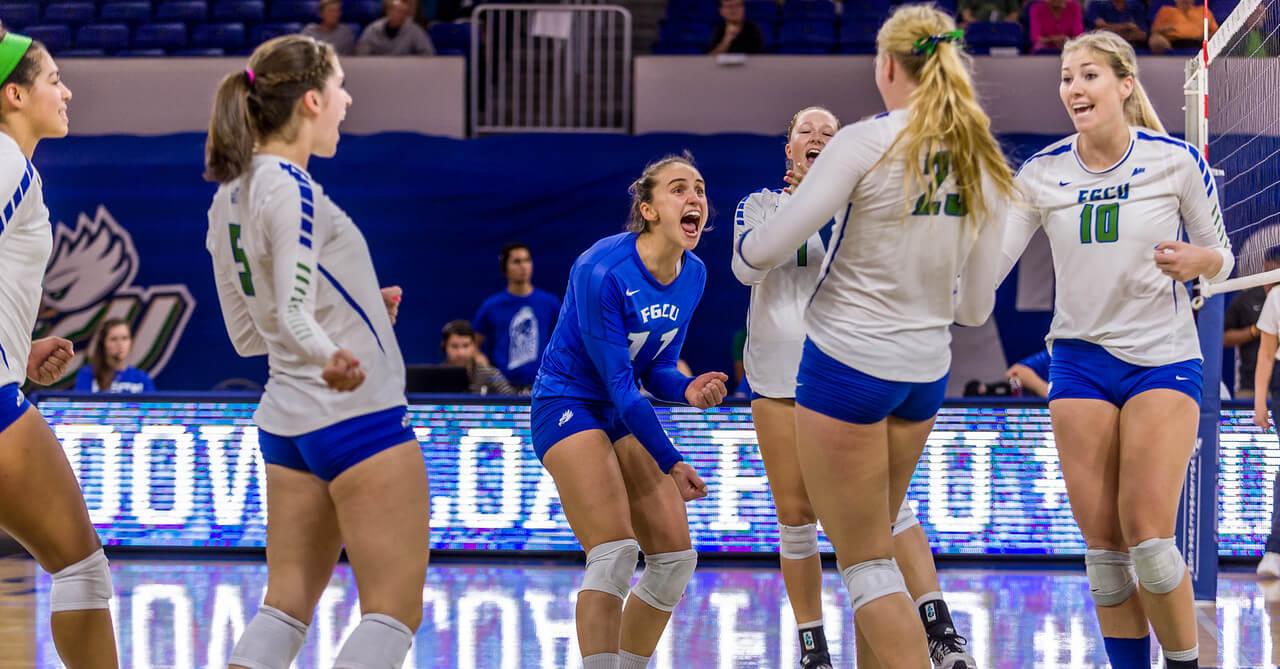 On their second day of play in Athens, Ohio, the Eagles earned their first win of the season against the host, Ohio.

FGCU took an early 10 point lead in the first set, making the score 16-5. From there the Eagles continued to dominate, capturing three aces along with a record high hitting percentage of .286, while holding their opponents to just .035. The Eagles took the first set against Ohio 25-11.

In the second set the Eagles were down by as much as 7 points, but powered their way back and tied up the score with an ace.

Regardless of the tight match, FGCU prevailed in the second set over Ohio 25-22.

The Eagles continued to dominate in the third set with an early lead 11-3 with 11 aces, six of which were from Amanda Carroll.

FGCU snagged its first W of the season this morning with a 3-0 win over Ohio.