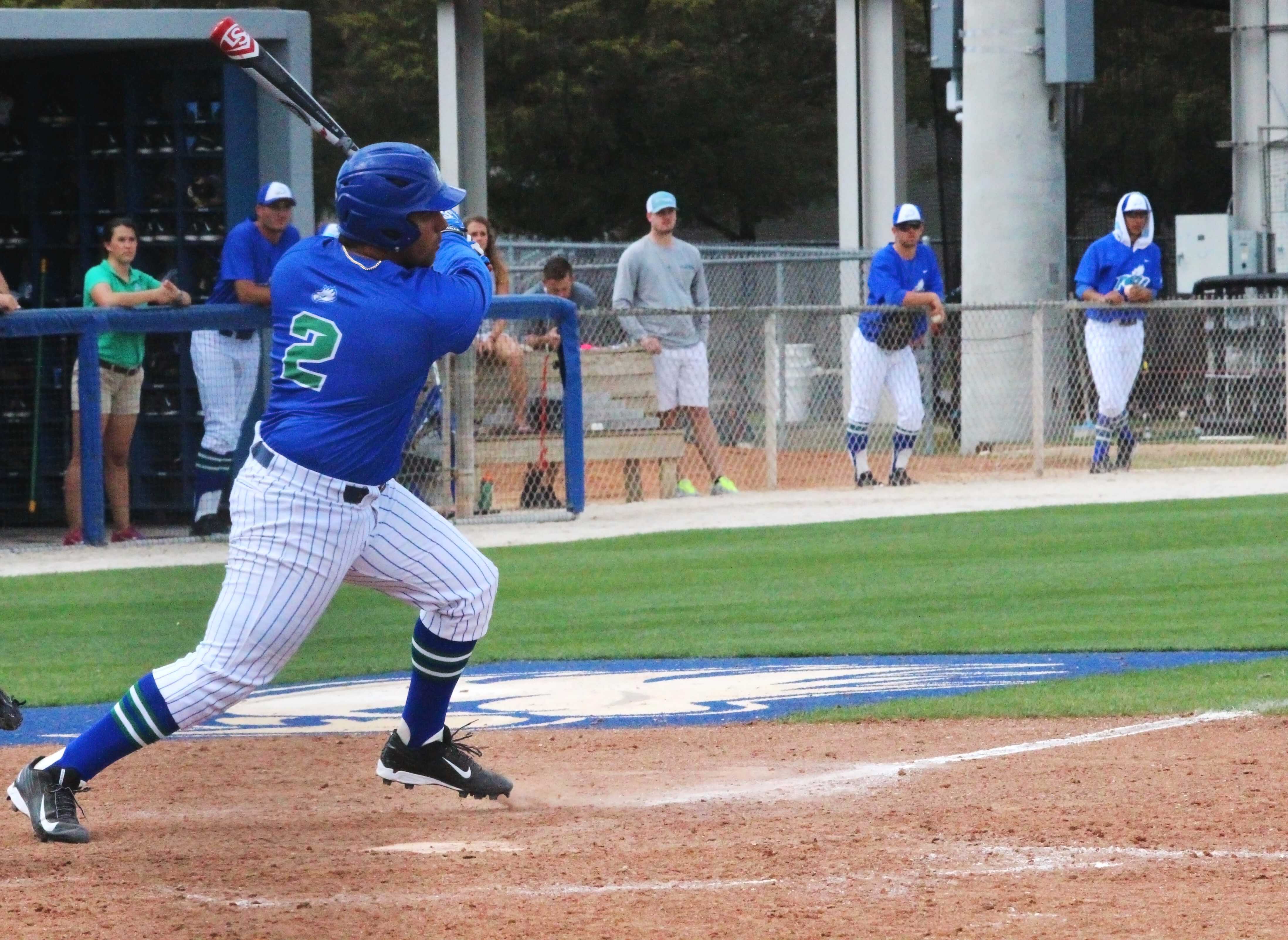 The Florida Gulf Coast University baseball team looks to defend Swanson Stadium this week with four home games. The Eagles are currently 3-4-1 following a 4-4 tie against No. 26 Illinois last Sunday that was called due to a travel curfew.
The week in Swanson Stadium begins Wednesday when the Eagles take on Siena College at 2:30 p.m. The Siena Saints are defending MAAC Champions and made an appearance in the 2014 NCAA Tournament after just a 27-33 record with a 17-7 conference mark.
The Saints are coming off of a three-game series with UConn where they picked up their first win of the season. They now sit at 1-5 on the year. Senior Justin Esquerra has hit .450 for the Saints through the first five games with nine hits, two doubles and three RBI. He was a MAAC Preseason All-Conference selection.
This weekend, the Eagles will take on Big 10 opponent Minnesota in a three-game series Friday through Sunday. First pitch is at 6:30 p.m, 2 p.m., and 1 p.m., respectively. The Gophers is coming off of a 27-24 record last season and currently sits at 0-7 coming off of a tough weekend against the No. 10 Texas Longhorns.
Freshman catcher Toby Hanson seems to be the only bright spot for Minnesota heading into the weekend. He is batting .368 through the first six starts of his career and went two-for-four in the shutout against the Longhorns last Sunday. Following the series with the Eagles, the Gophers will take on the Minnesota Twins at Hammond Stadium in an Exhibition game on March 4th.
The Eagles look to turn their misfortune around this weekend against some big-name schools in college baseball. Siena is one of six teams they will face this season that played in the NCAA tournament last year. Minnesota is the second of three Big 10 opponents the Eagles will face this year.
A .240 batting average will not cut it for the Eagles for the remainder of the season as they look to turn it around this weekend. Strong opponents will prepare FGCU for the latter half of the year. Each game will be pivotal for the Eagles on their way to battling for A-Sun Conference championship.