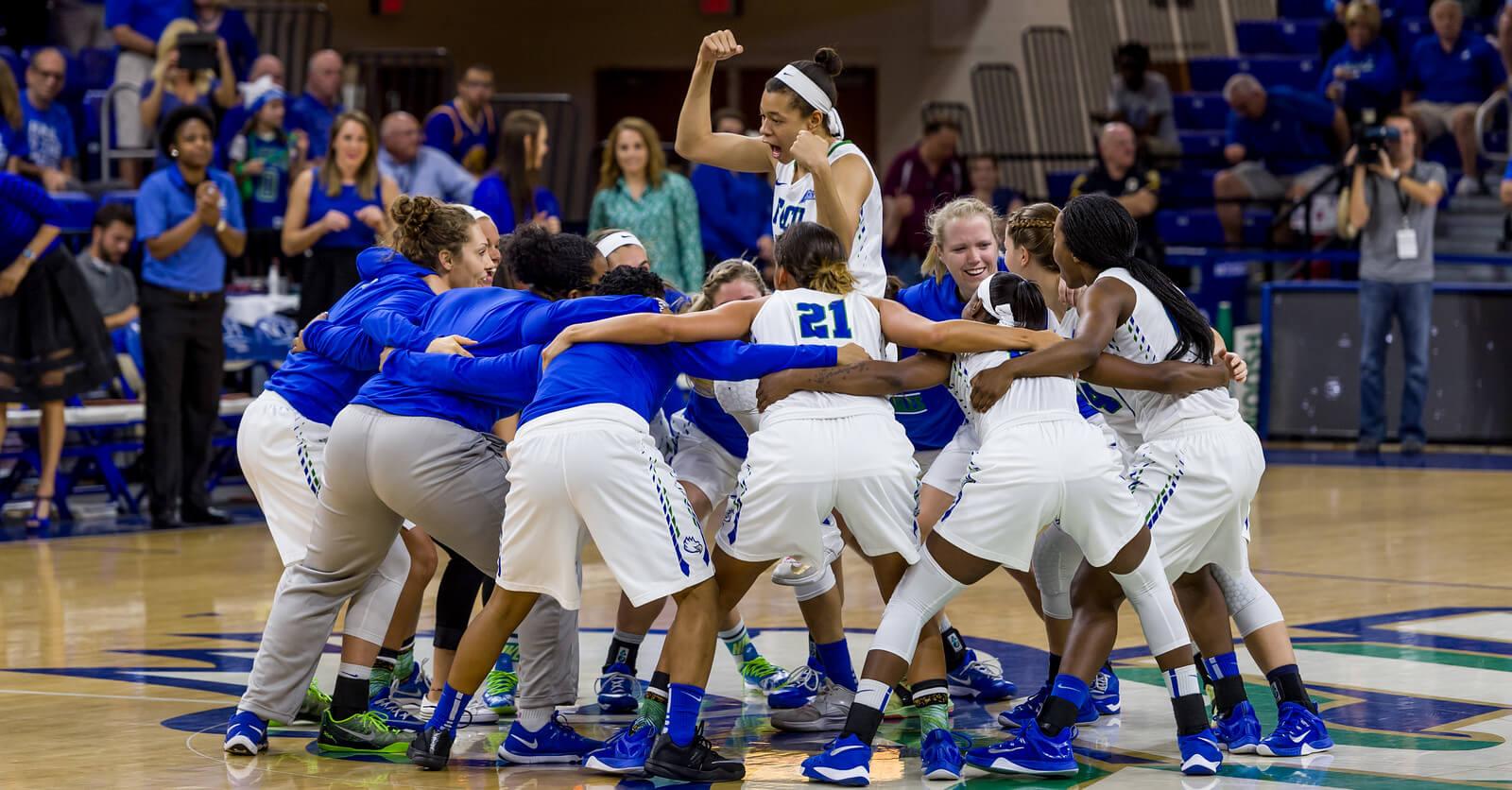 FGCU hearts broke Monday evening when the No. 26 team didn’t see its name on the bracket for what would have been the team’s fourth trip to the Big Dance. The Eagles were hoping for at-large bid that the team, analysts and fans thought they earned, but never came.

ESPN bracketologist Charlie Creme predicted the Eagles to earn a bid and take a No. 11 seed and face No. 6 Miami in the Dallas region.

FGCU held a 28-4 record this season, with its fourth perfect conference regular season in five years and its second-straight unbeaten conference season.

FGCU, who held the No. 26 spot in the Associated Press poll, lost to conference foe Jacksonville in the Atlantic Sun Conference Championship on Sunday.

Jacksonville stunned the Eagles in the A-Sun Championship game on Sunday and claimed the automatic NCAA bid. The Dolphins earned the No. 16 seed and will take on No. 1 South Carolina Friday night in Columbia. This season, the Gamecocks went 31-1, losing only to the basketball dynasty, UConn.

The Dolphins ended a 21-game win streak for FGCU.

Jacksonville, George Washington, North Carolina A&T and Auburn, all of who FGCU beat this season, were called. The No. 5-seeded Mississippi State, who the Eagles held to a 65-60 game, was also called.

“So proud of the FGCU women’s basketball ladies,” tweeted FGCU Athletic Director Ken Kavanagh following the release of the bracket. “Unfortunately, Committee continues to disrespect. Earn top 20 RPI & get 7-seed (’15) beat SEC & they get in.”

Without an at-large bid into the NCAA tournament, FGCU’s next option at continuing on into the post season will be in the WNIT, which give automatic bids to regular season champions. FGCU won its sixth consecutive regular season title after a perfect conference campaign this year.

In 2013, after losing to Stetson in the A-Sun Tournament, the Eagles hosted the first game of the WNIT at Alico Arena against Winthrop. FGCU fell in the first round, 65-51.

Along with 2013, FGCU adds participation and a total of three wins in the WNIT from 2008 through 2011 prior to its NCAA Division I eligibility.

The Eagles will learn who they will be facing in the first round of the WNIT at 11:30 p.m. tonight.