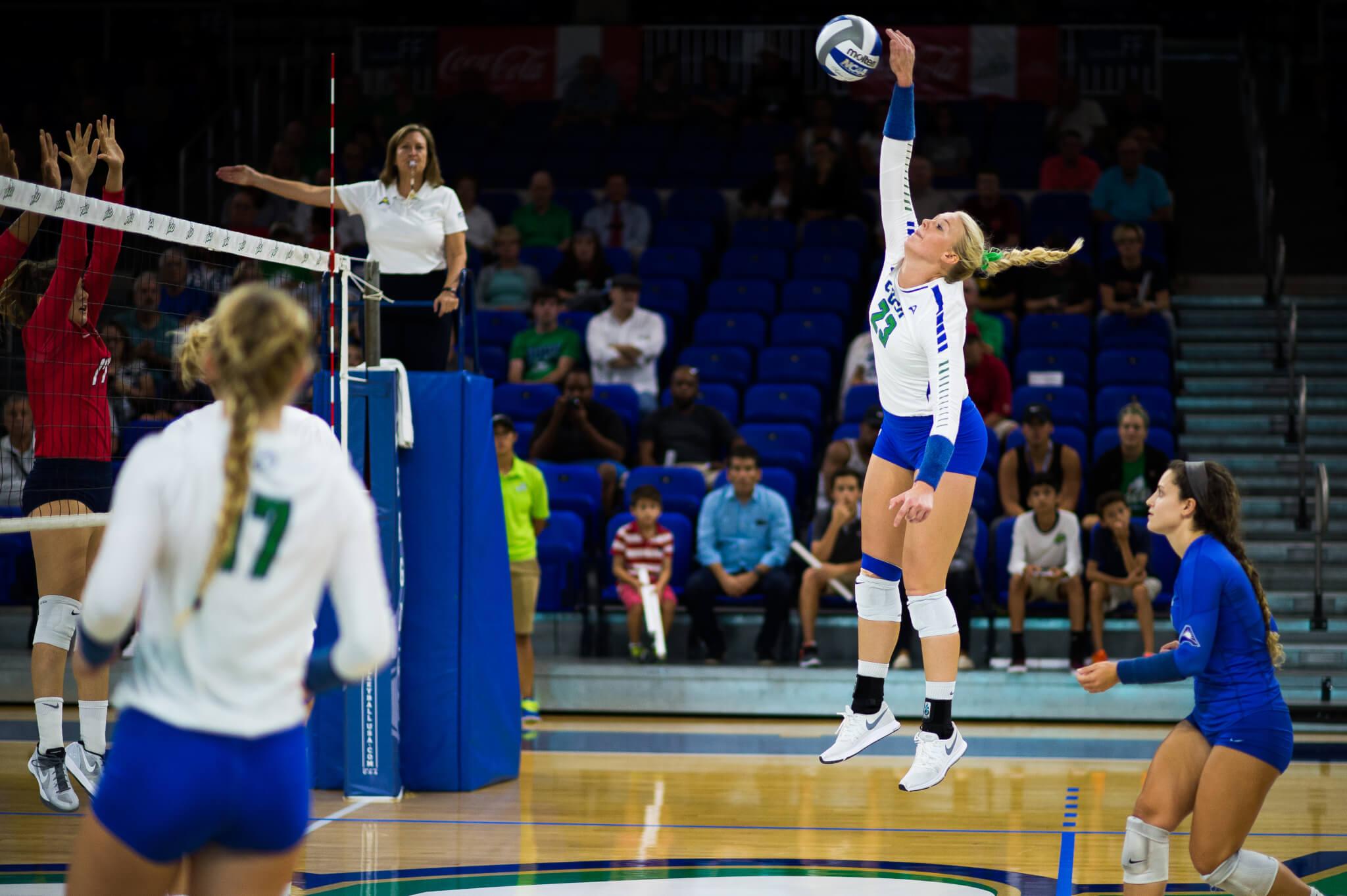 “We had discussions about the focus and execution last night, and I thought the response was exactly what we were hoping for,” FGCU head coach Matt Botsford said. “There’s still room for improvement, but we’re short-handed right now, and it was good to see some players step up. Sometimes, the window of opportunity is small as an athlete and you have to take advantage of it. Tonight, we had a couple players come in and it was hard not to take notice of some of the things we were doing out there.”

The Eagles’ win marked their 15th straight, which matches the 2012 season for the longest win streak in program history and currently ranks as the largest win streak in the country after Nebraska’s 28 game win-streak was snapped by Ohio State.

FGCU’s victory increases its all-time mark against the Spartans to 16-0, and their home record this season to 10-0.

Due to poor overall communication on the visitor side, FGCU was able to take advantage of USC’s errors, going on a six-point streak. The Eagles continued their aggressive play and finished the first set with a score of 25-15. Marlene Moeller led in kills in the first set with four.

At the beginning of the second set, the sloppiness their matchup against NJIT returned. Going back and forth to begin the set, neither offense nor defense could control the ball.

After being behind early on in the set, the Eagles started fighting back in the middle of the set, tying the game 16-16 after taking advantage of USC Upstate errors. In the end, FGCU clawed their way back, winning the set 22-25.

Leigh Pudwill came up big on the net with eight kills and led the entire team with 11 kills after set two.

Never giving the Spartans the lead, FGCU controlled the entire set winning the set 25-13 and winning the match 3-0.

“It was a whole-team effort tonight,” said senior Leigh Pudwill. “We knew yesterday we struggled a little bit, so today we wanted to come out on top of things.”

Next, the Eagles go on a week-long break before going on the road to play Kennesaw State in Georgia on Oct. 7 and then to Tennessee to verse Lipscomb Oct 8 .