FGCU women’s basketball breezes by with a win over Siena 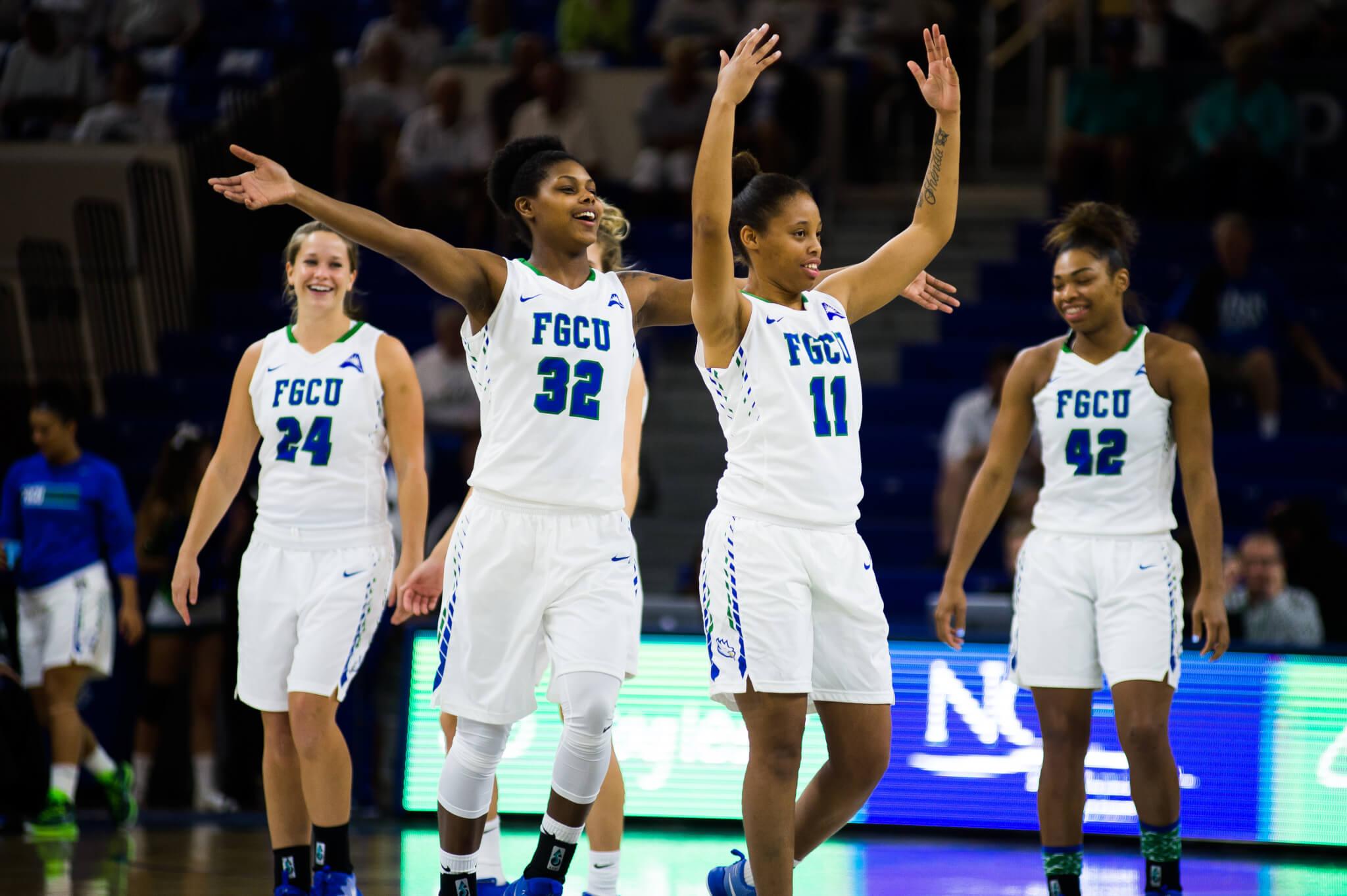 The FGCU women’s basketball team defeated the Siena Saints 66-42 Friday night. The Eagles now move to an overall record of 4-5.

Rosemarie Julien was strong defensively, allowing only six points from the Saints’ lead scorer, Jackie Benitez, and leading the Eagles with a career-high 17 points. Julien’s strong defensive efforts set the pace for FGCU’s defense for the rest of the game.

After sitting the past four games due to an injury, Haley Laughter returned to the court and made a huge impact. Laughter totaled two steals along with two blocks, while also adding 11 points in just 20 minutes of play.

Along with Graninjan, the Eagles team as a whole knocked down 8-of-11 from beyond the arc, improving from their arc percentage to .727, compared to last games’ .258.

FGCU came out dominant in the first quarter, forcing the Saints to turn the ball over 11 times, led by Julien and Laughter.

To start the second quarter, the Saints drained a three, but the Eagles quickly responded with a four-minute stretch that included threes from Laughter, Julien and Graninjan.

Siena finished the quarter with a 7-3 run, making the score 29-18 heading into halftime.

After halftime, FGCU came out dominant, totaling seven-straight points with a three-pointer from Julien and two layups from Jessica Cattani and Jordin Alexander.

Play began to go back and forth, but by the end of the quarter, FGCU’s Laughter nailed a three, putting the Eagles up 47-32 going into the fourth quarter.

To start the fourth, Julien racked in six-straight points. From then, the team continued to dominate with a 10-3 run.

With 1:46 remaining, the Eagles were up 63-40, ultimately finishing the game with a three pointer from Morgan Meachan, giving FGCU the win with a final score of 66-42.