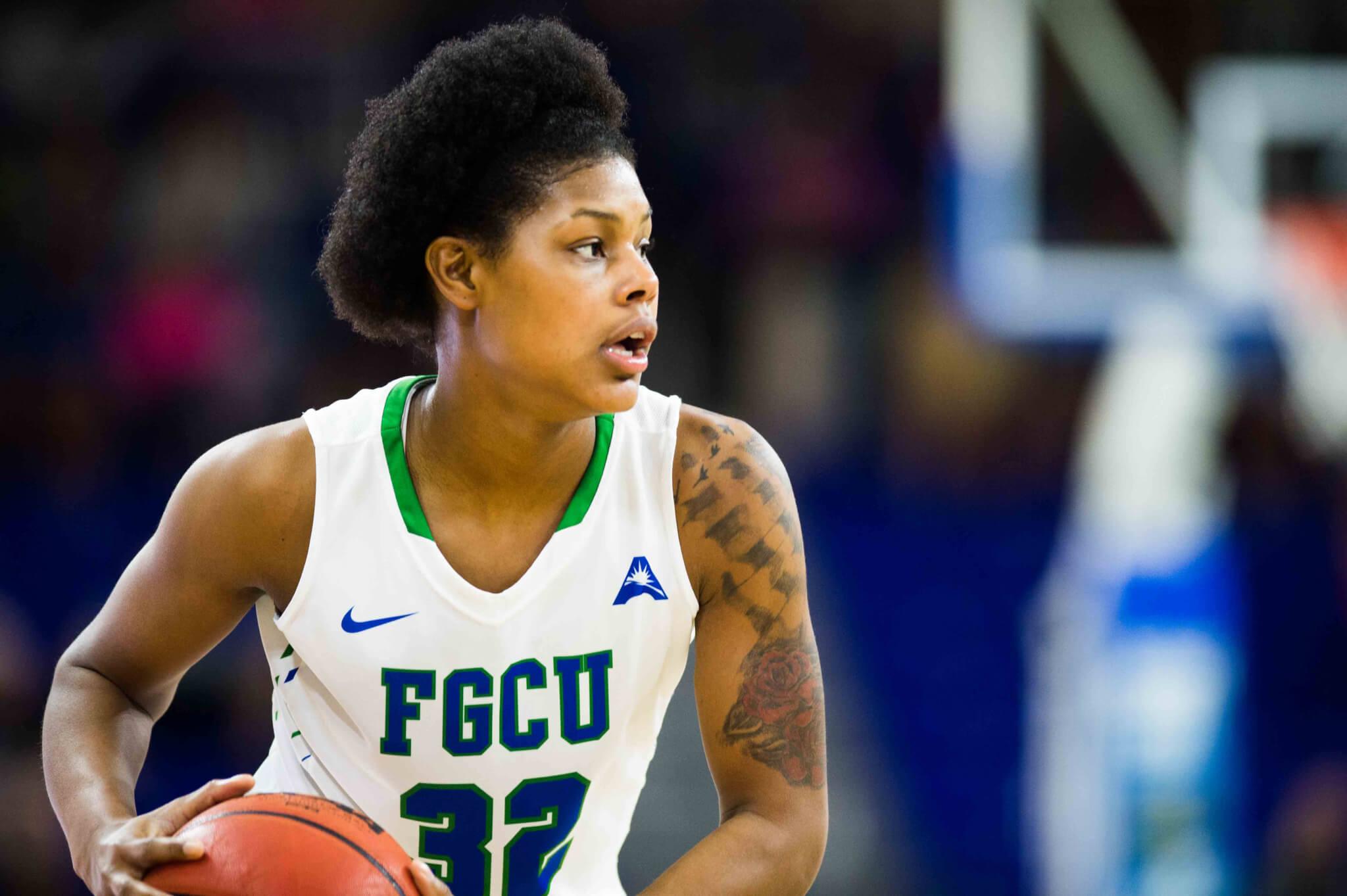 Entering the game following its 69-46 victory over UNF on Wednesday, strong play on both sides of the ball fueled the FGCU women’s basketball team past Kennesaw State 69-35.

Sitting atop the ASUN with a record of 9-1, the Eagles’ victory over the Owls moved them to 14-0 at home on the season. The victory is also FGCU’s 75th consecutive conference victory at home, with its last home regular-season ASUN defeat at Alico Arena dating back to Jan. 8, 2009.

“I was really excited about the effort defensively,” FGCU head coach Karl Smesko said. “It was a great first half especially, limiting their shots and not letting their scorers get into a good rhythm. All five kids were competing on every possession on the defensive end.”

Holding their opponent to 28.9 percent shooting from the clip and .91 percent from behind the arc, the Eagles’ strong defense was the tale of the tape, as they forced 21 turnovers in the game to limit the Owls to their lowest opponent point total of the season.

Mirroring their strong play on the defensive end with a strong performance on offense, Rosemarie Julien led the Eagles offense for the eighth time this season, finishing with 15 points on 6-8 shooting to go along with a pair of triples.

Playing in just half of the game, Tytiona Adderly recorded her second double-double of the season, scoring 11 points and grabbing 14 rebounds with eight of her 14 coming off the offensive glass.

“Tytiona Adderly was outstanding today,” Smesko said. “She only played half the game and had 14 rebounds. That’s crushing the boards.”

The Eagles took the lead in the early going of the contest and never looked back. Sparking a 10-0 run in the opening minutes highlighted by back-to-back shots from long range by Haley Laughter, Jordin Alexander knocked down another three in the dying efforts of the quarter as FGCU ended the first up 23-10.

In a second period where the Eagles defense held the Owls to just five points, the Eagles went on a 15-1 run fueled by three-pointers from Mikala McGhee, Taylor Gradinjan and Julien. Forcing 17 of Kennesaw State’s in the first half alone, FGCU went into the intermission with a 26-point, 41-15, lead.

Showing much of the same intensity on the defensive end as they did in the first two quarters, the Eagles knocked down three shots from long-range to go into the final quarter of action up 56-25.

With a W awaiting to be written in the Eagles’ win column, their 6-2 run helped them reach a game-high, 38-point lead before the Owls scored eight of the final 10 points of the game.

With a top-four spot in the ASUN tournament locked in prior to its matchup against the Owls due to Jacksonville’s victory over NJIT, FGCU will close out its three-game home stand facing off against UNF on Monday, Feb. 13 at 7 p.m., before embarking on a two-game road trip.