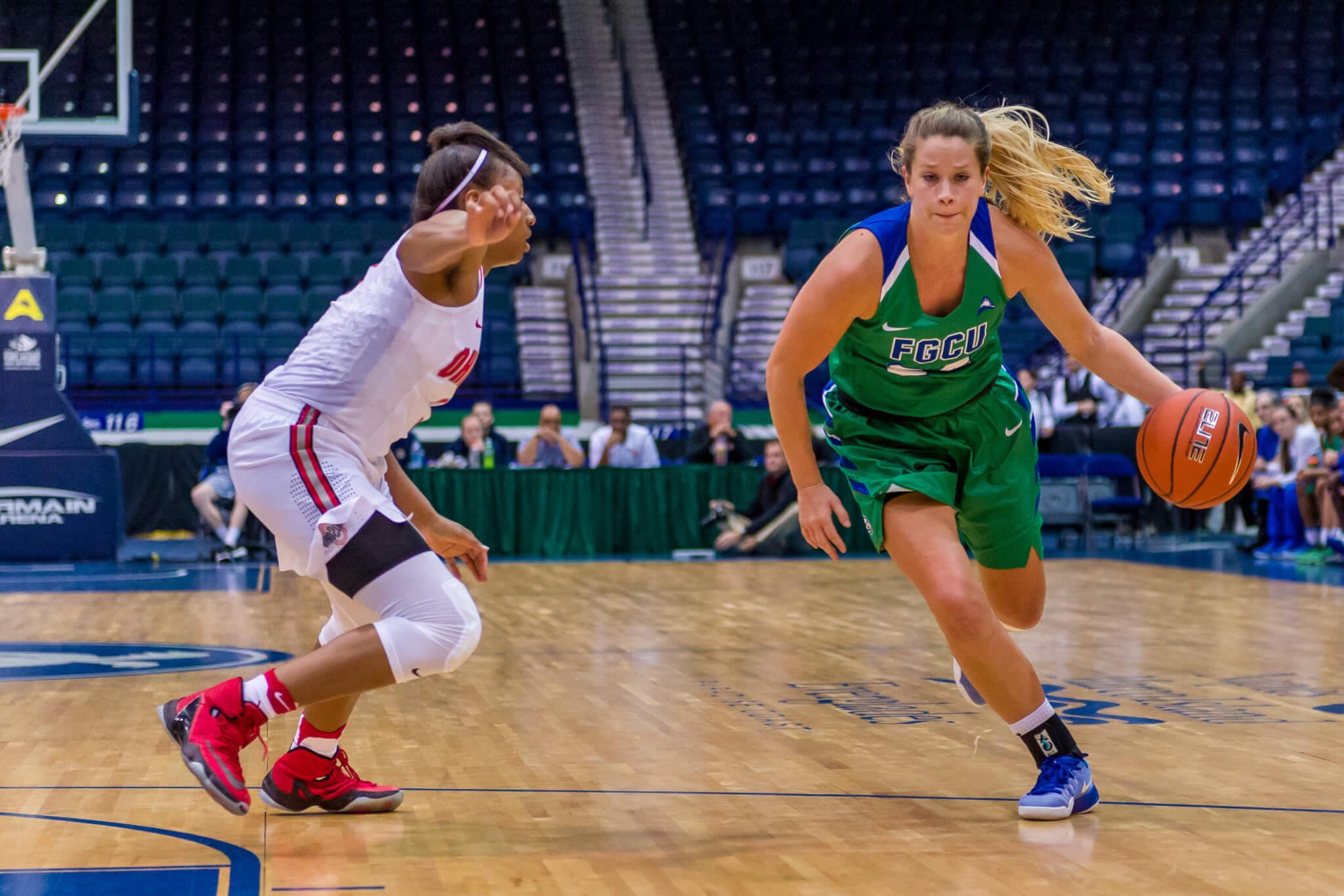 Playing in its first game off the Gulf Coast Showcase held at Germain Arena, the FGCU women’s basketball team fell to No. 8 Ohio State 79-66.

“I have some mixed emotions right now,” FGCU head coach Karl Smesko said to FGCU Athletics. “I’m disappointed because we didn’t work together as well as we probably should’ve but then at the same time, I thought we did some things well.”

Lead by a combine 26 points from Taylor Gradinjan and Nasrin Ulel, who finished with 13 points each, the Eagles were unable to overcome Kelsey Mitchell’s 25 point performance en route to their third defeat of the season.

After Falling behind 4-0 in the first quarter of play, a Jessica Cattani three tied the game up at seven in the early going.

Holding a 16-15 lead thanks to a pair of makes from the stripe by Jordin Alexander, the Buckeyes were able to erase its one point deficit, grabbing an 18-16 lead to end the first quarter.

In a back-and forth second period of action, with both teams trading buckets and trading leads, OSU grabbed a four-point advantage with 1:28 left in the first half.

With time winding down before intermission, Mikala McGhee knocked down a shot from behind the arc thanks to a steal from China Dow, to go into the half trailing the Buckeyes 36-35.

Holding Mitchell to just eight points in the first half while knocking down five shots from behind the arc, the Eagles were unable to replicate its aggressive play in the first half, allowing the Buckeyes to jump out to an 11-2 run to start off the third quarter.

Coming in for Gradinjan after she suffered an injury, Ulel provided a much-needed spark off the bench for FGCU knocking down three shots from long-range in less than two minutes.

The Eagles first basket in the fourth quarter didn’t come until the 7:55 mark, as McGhee knocked down a triple to bring FGCU within four, 56-51.

Trailing 72-61 with two minutes remaining, the Eagles were unable to contain Mitchell, as she exploded for 19 points in the second half.

Shooting just 28.1 percent from the clip in the second half, FGCU was unable to outlast Mitchell and OSU’s strong second half performance as they fell to the Buckeyes 79-66.

The Eagles will now face George Washington on Saturday, Nov. 26 at 1:30 p.m. in day two of the Gulf Coast Showcase.