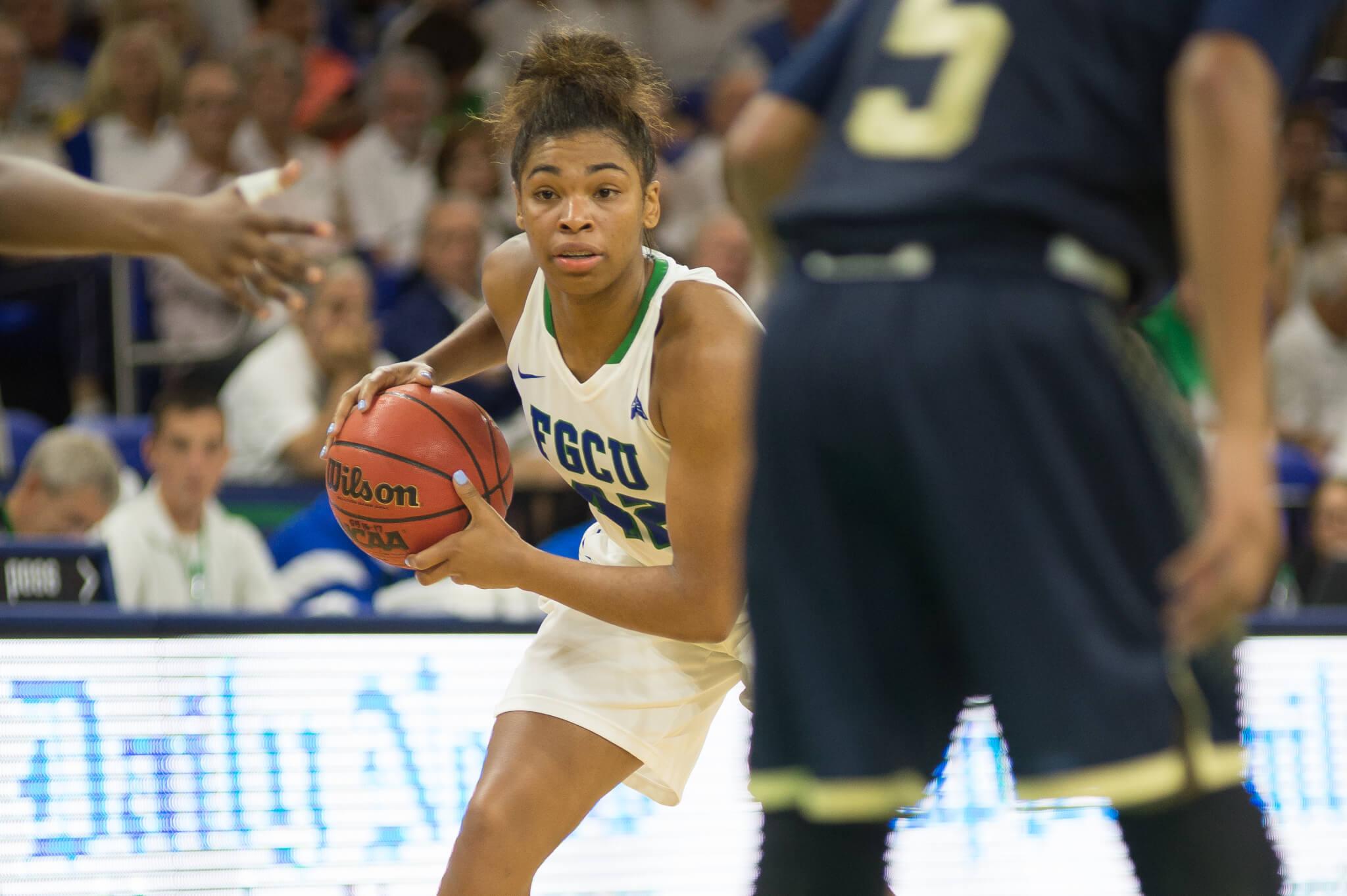 After suffering a 79-66 loss to No. 8 Ohio State in its first of three games played at Germain Arena for the Gulf Coast Showcase, the FGCU women’s basketball team fell to 2-5 on the season, falling to George Washington 76-47 on Saturday, and Kent State 77-64 on Sunday.

“We need more consistent performances,” FGCU head coach Karl Smesko said to FGCU athletics. “Hopefully we’ll learn from it and make fewer mistakes next time. We’re disappointed in our play, but we understood there would be some growing pains. Right now it just seems like they’re at a maximum.”

While no players reached double figures against George Washington, the Eagles shot a dismal 30 percent from the field and 17.4 percent from long-range, knocking down only four shots from behind the arc en route to their 76-47 loss.

Despite being held to just 12.5 percent shooting from long-range in the first half, the Colonials rode 14 points from Briana Cummings and a 51.4 shooting percentage from the clip to hold a 46-29 advantage at the half.

Going into the third quarter down by 17 points, the Eagles turned up their pressure on defense, but they were unable to find a spark on offense.

Limiting George Washington to 34.4 percent from the field, FGCU turned the ball over 13 times in the second half and knocked down only five shoots in the entire half, along with making seven free-throws.

Unable to contain Cummings (20 points), Hannah Schaible (16 points) and Caira Washington (14 points), who combined for 50 points of the Colonials 76 points, the Eagles fell to George Washington 76-47.

Looking to bounce back in their final Gulf Coast Showcase game at Germain Arena, FGCU was unable to ride double-digit scoring from four different players en route to its 77-64 defeat to the Flashes.

While Rosemarie Julien (13 points), Jessica Cattani (15 points), Nasrin Ullel (14 points) and China Dow (10 points) combined for 52 points, the Eagles were unable to overcome a 36 percent performance from the field in their loss.

Going 8-20 from the field in the first two quarters, entering the half down by 19, the Eagles shot 45.2 percent from the clip in the second half.

Falling behind to Kent State’s largest lead of the night, holding a 22-point lead, The Eagles brought the game to within nine, sparking 5-0 run in the third quarter, and knocking down three threes in the first two minutes of the fourth quarter.

With time against them, FGCU was unable to complete its comeback effort, falling to the Flashes 77-64.

Committing just 11 turnovers compared to its 20 against George Washington, the Eagles were dominated on the glass, and were outrebounded 47-26. Enjoying an advantage on the glass, Kent State rode Larissa Lurken’s 24-point and 13 rebound double-double performance to its victory over FGCU.

After going 0-3 in Germain Arena, the Eagles will face Ave Maria at Alico Arena in their final game of the Gulf Coast Showcase on Sunday, Dec. 4 at 1 p.m.