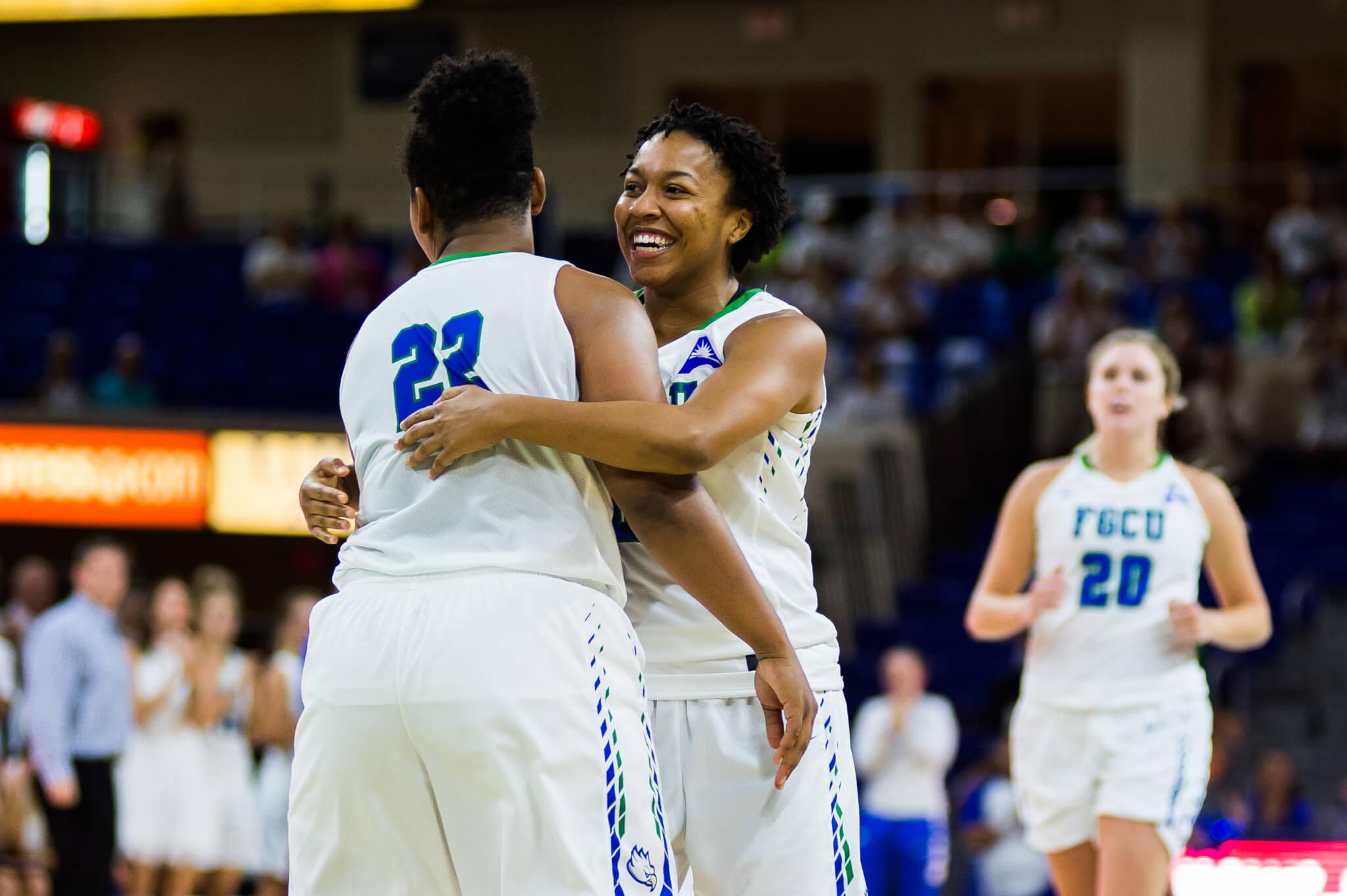 Welcoming the New Year with its final non-conference contest of the regular season, the FGCU women’s basketball team defeated Savannah State 80-49, notching its fifth straight win while moving to 9-0 on the campaign.

“I was really pleased with how we came out in the first quarter,” FGCU head coach Karl Smesko said. “We had good intensity, made some plays and moved the ball. The second quarter was a little shaky, but we came out in the third quarter and really took control of the game.”

Leading a quartet of double-digit scorers, Erica Nelson led the way with 12 points and four assists, as the Eagles shot 50 percent from the field and 34.2 percent from long range.

“I thought Erica (Nelson) played a really good game today,” Smesko said. “Nas (Ulel) came off the bench and gave us some really good minutes, and Jordin (Alexander) has been playing better every game, getting into her rhythm and getting comfortable with what we do. “

Opening up the first quarter scoring six points apiece, a three-pointer by Jessica Cattani sparked a 13-0 run for the Eagles. Rosemarie Julien capped off an impressive shooting performance in the first quarter with a fast break three-point play to give FGCU a 15-point lead, 25-10, at the end of one.

The Eagles fast paced offense cooled down in the second period of play, as FGCU only scored 14 points opposed to its 25 in the first quarter. Despite a shaky second quarter, the Eagles dominated the offensive glass en route to holding a 39-21 lead at the half.

Coming out of the break, Nelson found her rhythm, knocking down eight of her 12 points in the third quarter, as the Eagles went on a 20-4 run. Complimenting Nelson’s eight-point performance, Taylor Gradinjan, Haley Laughter and Cattani knocked down shots from long range, as the Eagles jumped out to a 40-point lead.

Starting the final period of play up 65-30, every single player that suited up for FGCU knocked down a bucket, as Ullell and Taylor Goodall knocked down back-to-back triples to keep the ball rolling for the Eagles. Three-pointers from Mikala McGhee and Sydnei McCaskill in the dying minutes of the game capped off an 89-40 victory, as FGCU moved to 9-0 at home.

“When I look at the stats sheet, everybody who played scored a basket; everybody got a rebound, so everybody is contributing in different areas,” Smesko said. “That’s what we’ve been looking for.”

With non-conference play in their rearview mirror, the Eagles hit the road to open up Atlantic Sun conference play against Stetson at 1 p.m. Saturday, Jan. 7, as they embark on their search for the seventh consecutive ASUN regular season title.