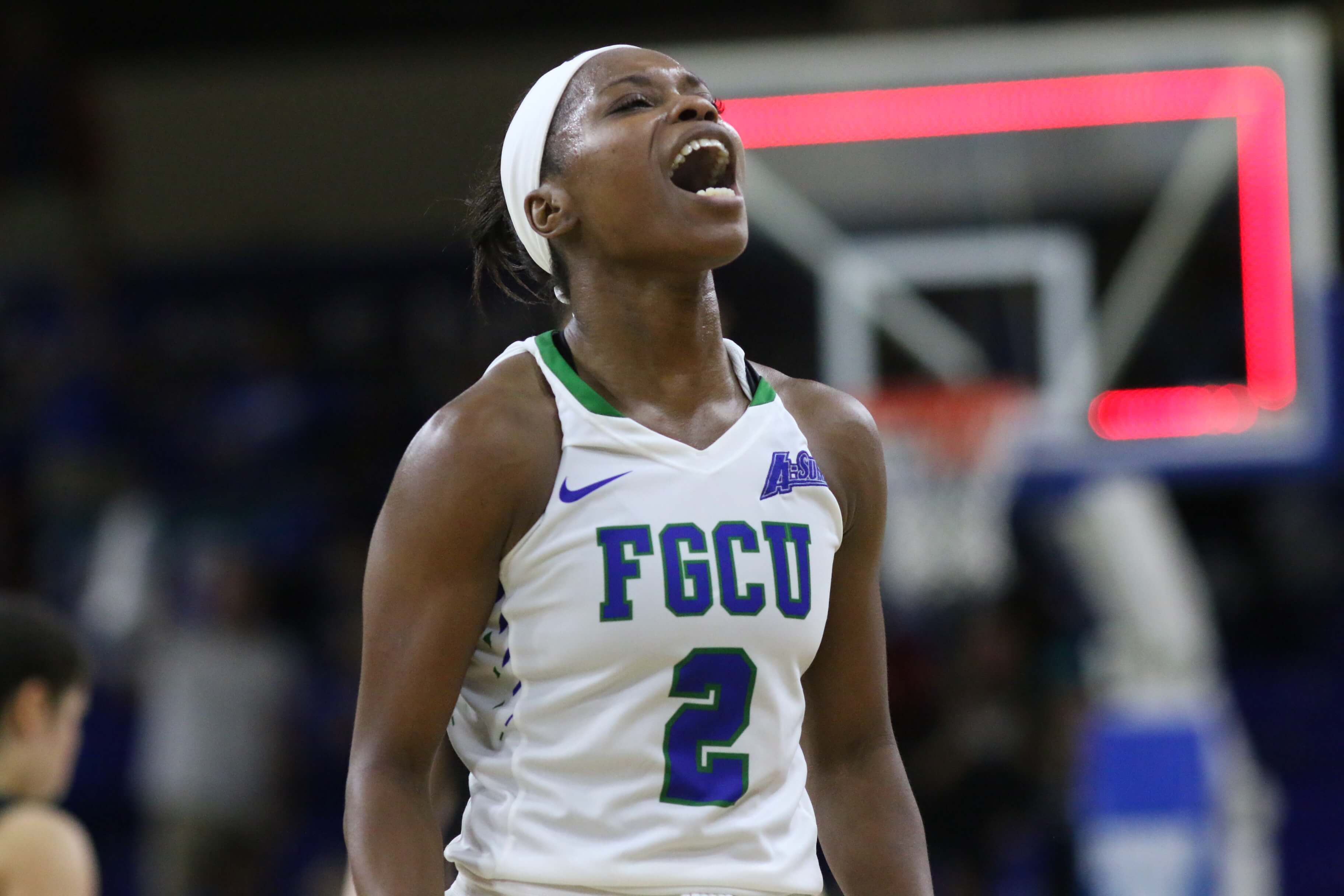 Eight FGCU seniors defended their collegiate careers in the closest conference battle the regular season champions have seen all yearFGCU took a 61-46 win Wednesday evening over Stetson to seal its spot in the A-Sun championship game on Sunday.

The 15-point win did not come easy to the Eagles.

“I give Stetson a lot of credit,” FGCU head coach Karl Smesko said. “They were very well prepared. Stetson did a really good job taking care of the ball; they didn’t force any passes. The game could have gone either way. I’m really happy we found a way to win.”

Seniors Kaneisha Atwater and Whitney Knight led the Eagles to the victory — Atwater with her sixth double-double this season and a career-high in rebounds and Knight giving the team second-chance shots while pulling down 5 offensive rebounds.

Atwater led the floor with 25 points and 14 rebounds. Offensively, she attacked the seams, often taking on more than one defender at a time and finding most of her points in the paint.

“My shooting wasn’t as well as I wanted it to be or as the team needed it to be,” said Atwater, who ended the game with a game-high 25 points. “I wanted to stay in attack-mode; that’s what the team needed.”

In the second half, Atwater stepped up and went for every loose ball.

Knight battled through what appeared to be an injury to the right elbow after coming down from an offensive rebound attempt in the third quarter.

“Whitney was in a lot of pain today,” Atwater said. “She came in big with those offensive rebounds. We thank her for that.”

Alico Arena saw a glimpse of the same team that went eight games without Knight earlier this season. The A-Sun Player of the Year came out before the fourth quarter began, returned with six minutes of play and again left after fouling out less than two minutes later.

“Our game plan was to get Knight,” Stetson head coach Lynn Bria said. “We fouled her out, and we just didn’t capitalize on that.”

The extent of Knight’s injury has yet to be determined by FGCU’s athletic trainers.

While Knight came out in the last minutes, senior Steph Haas stepped up, earning a season-high 15 points.

“We know we have players that can step up when called upon,” Smesko said. “Haas gave us a big lift. She made some key baskets for us. She made a big difference in the game.”

With the win, FGCU will play in its fifth consecutive conference championship as the Eagles host Jacksonville on Sunday.

FGCU won its two games against Jacksonville this season, proving to be the toughest conference opponent this season during the Feb. 10 game in Jacksonville, where the Eagles escaped with a final score of 59-55.

Looking forward, Atwater knows exactly what she’ll be working on to prepare for Sunday.

“We definitely need to shoot better,” Atwater said. “Jacksonville is playing their best basketball all year. They want it just as bad as we do. “