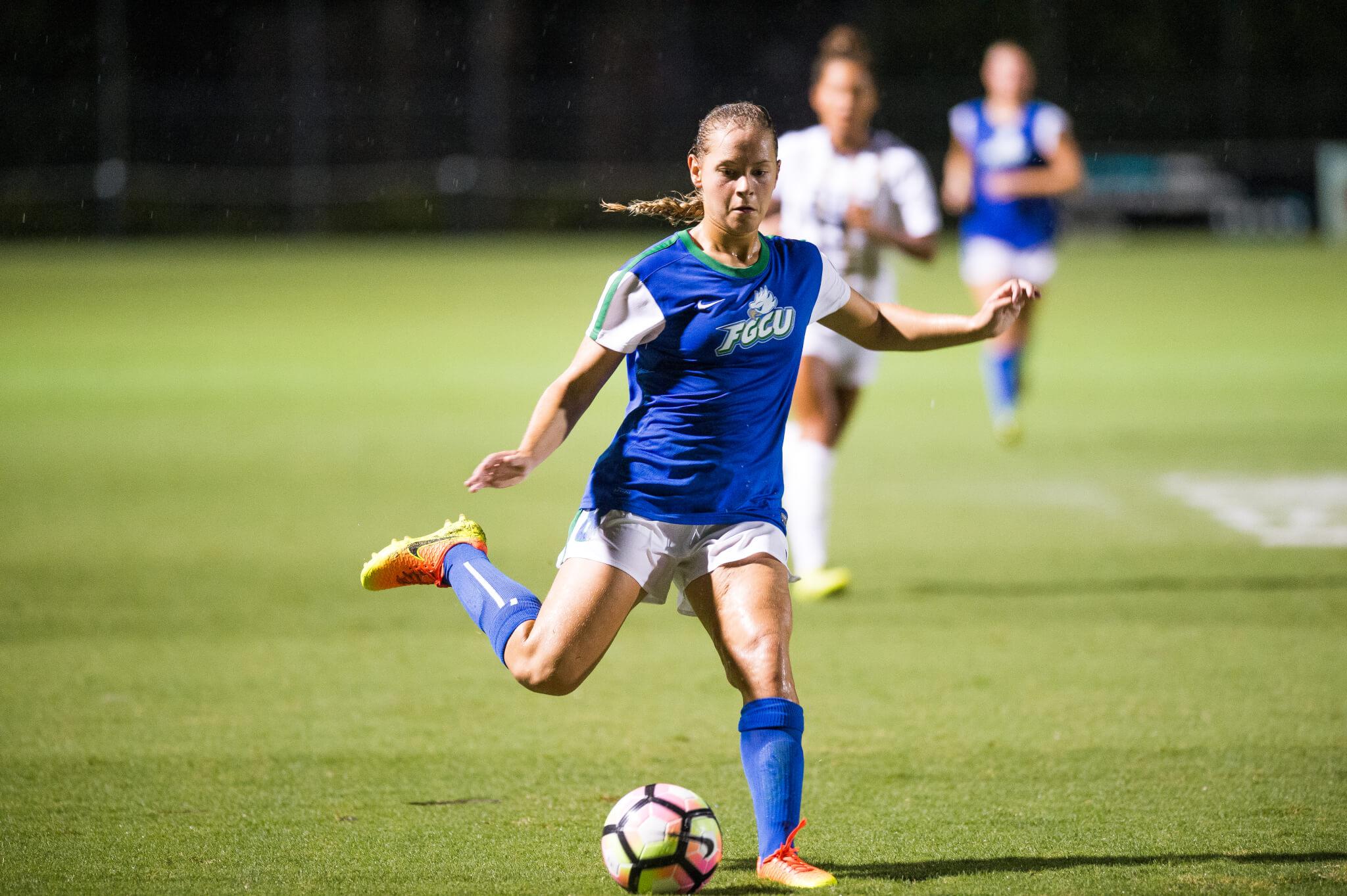 After winning its seventh consecutive Atlantic Sun Conference regular-season title, the FGCU women’s soccer team looks to continue its quest to get back into the NCAA Tournament, as they get set for the ASUN Tournament for the seventh year in a row.

The tournament is set to be played at the FGCU Soccer Complex.

The Eagles finished the regular season with a 12-4-1 record and a 6-0-1 record in ASUN conference play.

FGCU will wait and play the winner of Kennesaw State (4) and Jacksonville (5) in the semi-finals of the ASUN tournament on Friday, Nov. 4.

The Eagles came away with victories against both Kennesaw State and Jacksonville in their previous head-to–head matches with a 2-1 win over the Owls on Oct. 9, and a 2-0 win against the Jaguars just a week later.

If FGCU win the finals, that take place on Sunday, Nov. 6, they will earn an automatic bid into the NCAA tournament.