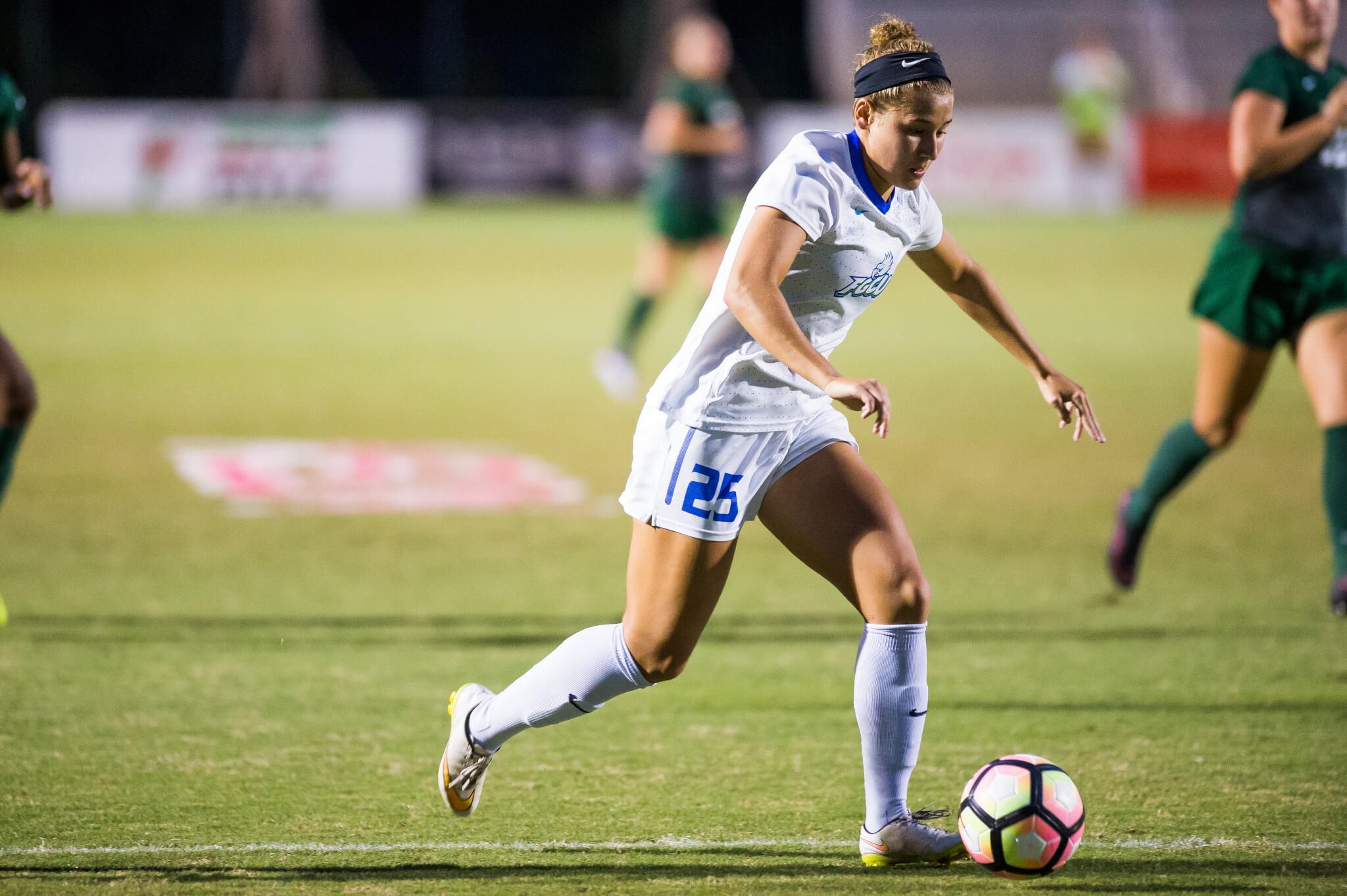 After allowing two late goals in the last 20 minutes of the match to earn a 2-2 draw against Lipscomb, the FGCU women’s soccer team defeated Jacksonville 2-0.

Honoring their six seniors, Tabby Tindell – Ali Rodgers, Paulina Speckmaier, Yazmin Velez, Lauren Knight and Sarah Lowikcki – prior to the matchup, the Eagles rode second half goals from Tindell and Lauren Greene to put them two points behind Stetson in the Atlantic Sun Conference table.

“I like the way we played tonight,” head coach Jim Blankenship told FGCU athletics. “I felt like we had a good start, Ali (Rodgers) had a really nice look early on, but hit the post. Credit to them, their keeper made some really good saves and they were really well prepared. “

It looked like Rodgers was going to give FGCU an early lead in the seventh minute, but her 30-yard-out effort struck the post.

The Eagles continued to dominate possession in the early going of the match, pressuring the Dolphins defense and earning seven corner kicks as well as firing off nine more shots before going into the half deadlocked at zero.

“It was scoreless at half, but we had a chance to get our feet underneath us again and we were able to talk more about how to break them down,” Blankenship told FGCU athletics. “We got rewarded with two really nice goals. Tonight was a big night for us, it’s one of the senior’s last nights in front of their friends and Dirty Birds so it’s good to get a win.”

Keeping their foot on the gas in the second half, Tindell scored the Eagles’ break-through goal, heading the ball in the back of the net off of a cross from Rodgers.

After earning an assist earlier in the second half, Rodgers had a chance to increase FGCU’s lead to two after Meaghan Mulligan was brought down in the box, but Sara Wicks kept Rodgers effort out of the back of the net.

In the 83rd minute, the Eagles earned the game-sealing goal, thanks to Lauren Greene’s first goal of the season.

FGCU will now face ASUN leader Stetson, Monday at 6 p.m. in a contest that could potentially decide the ASUN regular-season title and the number one seed in the ASUN Women’s Soccer Championship.