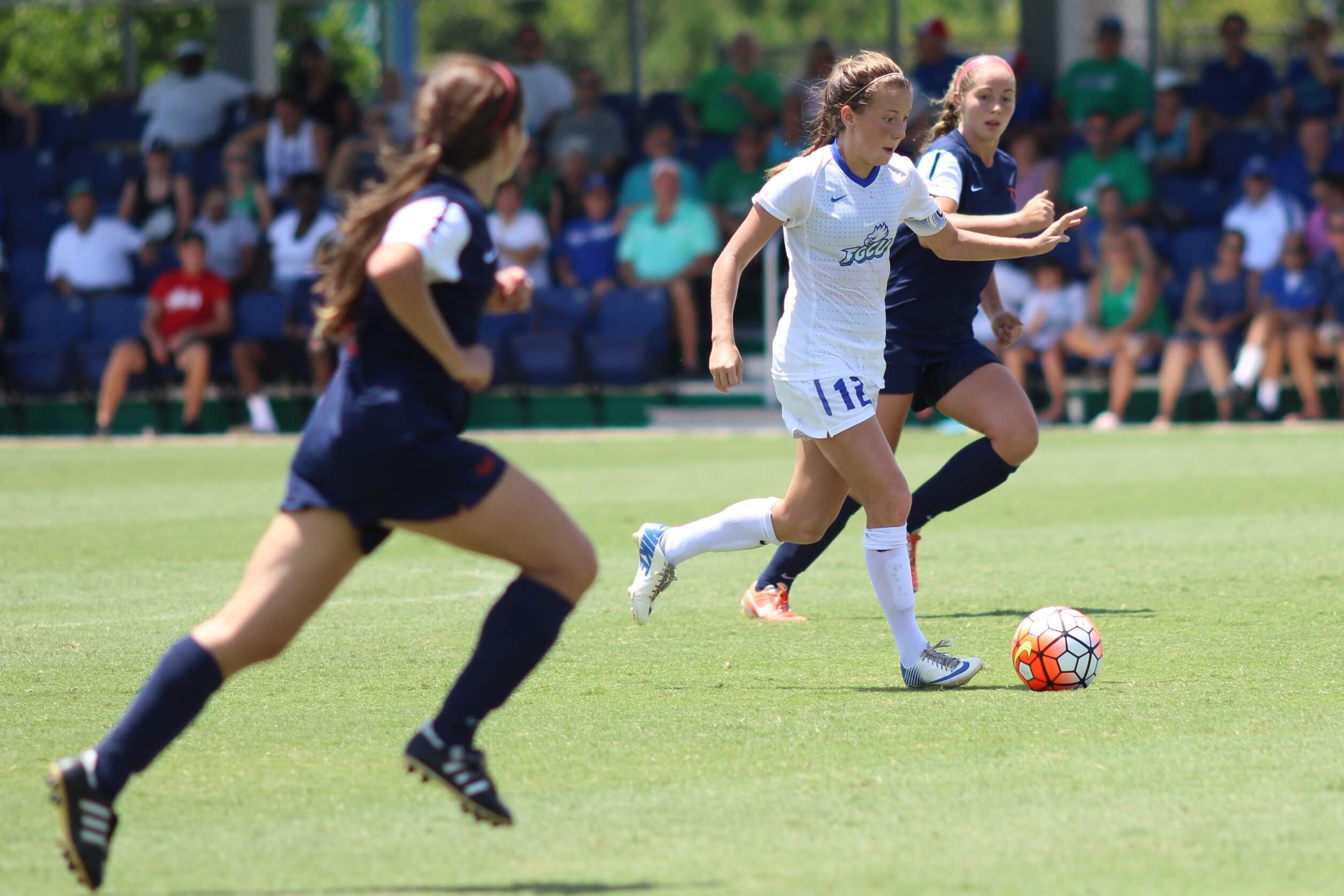 The FGCU women’s soccer team suffered its first two losses of the season this weekend in California, moving the women to a 3-2-1 record this far this season.
After playing the first six games of the season, including preseason, in their home state, the Eagles traveled approximately 3,000 miles across the country to take on San Diego State and Cal State Fullerton. FGCU suffered losses to both teams, falling to Cal State 4-3 in overtime, and San Diego, 1-0.
Cal State Fullerton
After the Fullerton Titans gained an early 3-0 lead on FGCU in the first half, goals from Tabby Tindell, Paulina Speckmaier and Tennessee transfer, Meaghan Mulligan in the second half gave FGCU the comeback it needed. Although the Eagles’ late comeback propelled the game into overtime, their efforts were thwarted after a Cal State goal from a penalty kick in the 108th minute.
Tindell kicked off FGCU’s comeback, scoring the team’s first goal of the game in the 56th minute, prompting Speckmaier to follow with her own two minutes later. Just three minutes before regulation Mulligan was able to close the gap and keep the Eagles in the game for another 20 minutes of play.
Despite losing, FGCU outshot Cal State 18-14, forcing 4 saves from Cal State goalkeepers, Jennifer Stuart (3) and Morgan Bertsch (1).

San Diego State
Despite outshooting their opponent for the second time in the weekend, FGCU suffered a 1-0 loss to the Aztecs on Sunday night, making that game its second loss of the season.
The score remained tied through the first half and into the second before the first and only goal of the game came from SDSU’s Angela Mitchell in the 69th minute.
FGCU outshot the Aztecs 11-10  with Speckmaier and Nikki Hudson leading the team with a pair of attempted shots each, along with Ali Rogers and Camille Knudstrup each with  an attempt on goal.
Up next
FGCU will return home next weekend to host Miami at 7 p.m. Friday and FIU at 1 p.m.  Sunday.