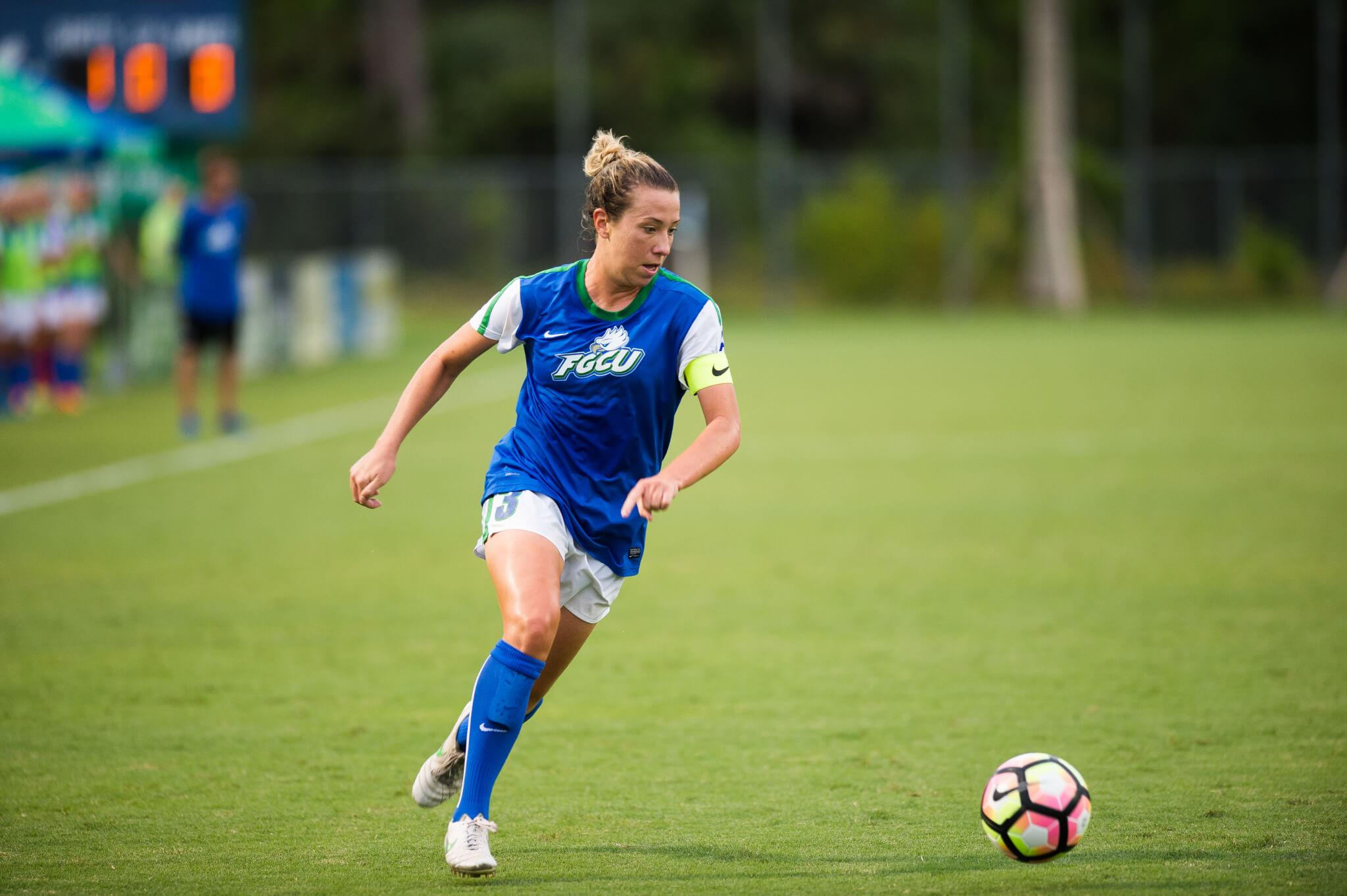 “I was very pleased with the weekend,” said head coach Jim Blankenship. “Any time you can get six points on the weekend and on the road, it’s a good thing. I was very happy with the way we played today and it resulted in some great goals. It was big for us to bounce back after we gave up an equalizer late in the first half, and we did and then some.”

Throughout the entire first half, the Eagles continued to put pressure on Eastern Michigan, leading to the game’s first goal.

With the score tied at 1-1, FGCU struck 15 minutes into the second half thanks to Ness.

Holly Fritz took back-to-back corners and picked out Ness at the top of the box, allowing Ness to send it to the top corner of the net from 25 yards out.

Twelve minutes later, it was 3-1 in favor of the Eagles after Jackson scored her first goal since the 2015 season.

From there the intensity continued, with 75 minutes off the clock, FGCU earned a free kick as Camille Knudstrup put the ball into the box where Patton was there to head it in.

Less than 60 seconds later, Hudson and Boilesen connected to add another goal for the Eagles, making the end-score 5-1 in favor of FGCU.

Next, the Eagles will host their first home game against Kent State and Liberty. FGCU will take on Kent State Friday at 7 p.m. and Liberty Sunday afternoon at 1 p.m.