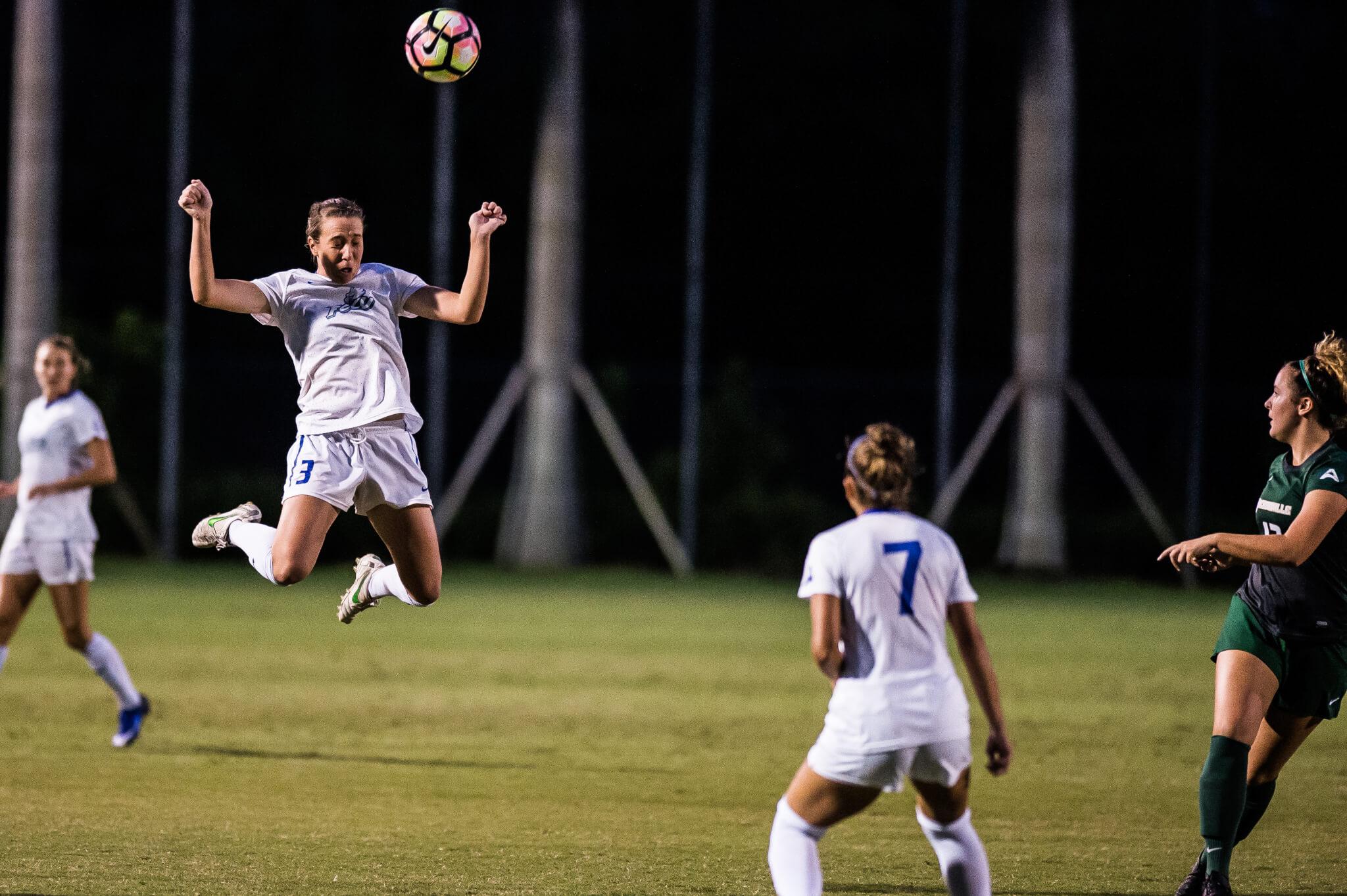 In its final game of the regular season, the FGCU women’s soccer team earned its seventh consecutive Atlantic Sun Conference regular-season title with a 1-0 victory over UNF on Saturday, Oct. 22.

“I’m happy with the ladies and their effort tonight,” FGCU head coach Jim Blankenship said to FGCU Athletics. “I thought we came out in the second half and played with more urgency. Ultimately, we got rewarded with a really nice goal off a corner. I’m really proud of this group and what they’ve accomplished. To win seven straight titles isn’t easy but this group continued to build upon a great tradition.”

Without two-time ASUN player of the year Tabby Tindell, The Eagles struggled to find the back of the net early on in the contest as they had in previous matchups.

Despite Emilie Olsen’s shot on goal in the 11th minute, as Emilie Olsen went into the half scoreless with a season-low for shots in a half with one.

Coming out of the break the Eagles turned up the pressure as they looked to secure the ASUN regular-season title.

The Eagles fired off multiple shots at goal in search of the opening goal, but Yazmin Velez and Paulina Speckmaier were unable to find the back of the net.

FGCU’s extended pressure paid off when a Megan Mulligan corner kick in the 69th minute found the head of Lindsay Patton, who redirected the ball to the head of Lauren, who found the back of the net to give the Eagles a 1-0 lead.

Three minutes later, UNF came with their best chance to tie the game as Gabrielle Liguori would find some open space and fire a shot, but her effort went wide of the goal.

FGCU was able to keep UNF from getting an equalizer as Weck and the Eagles picked up their ninth shutout of the season en route to a 1-0 victory.

With the nine shutouts for Weck, she moves into a tie for 6th in the nation in shutouts. The win also gives the Eagles the longest-active title steak in the nation with seven.

With its seventh regular-season title and the number one seed in the ASUN women’s championship, FGCU will host the tournament as the Eagles face the winner of Kennesaw State vs. Jacksonville in the semi-final on Friday, Nov. 4.