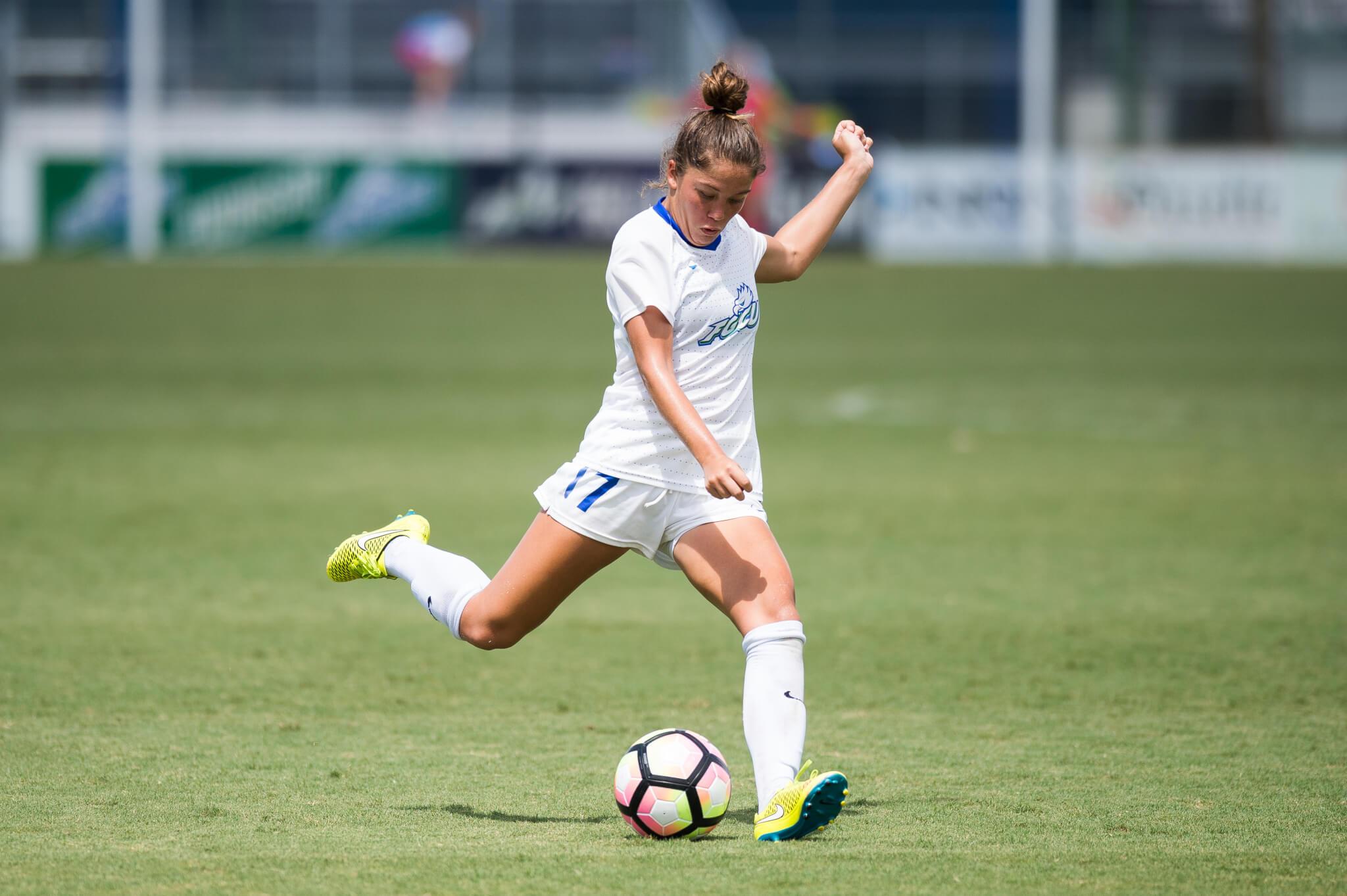 After having its first Atlantic Sun Conference matchup against Stetson moved to Oct. 19 due to multiple lightning delays, the FGCU women’s soccer team ended non-conference play with a 7-1 defeat over Fairleigh Dickinson.

“I was pleased,” FGCU head coach Jim Blankenship told FGCU Athletics. “It’s the first time all year we’ve been able to score that many goals. I thought our mentality was really good when we came out. It was so important to get that early goal and I felt when we did that and got the second one, we played fast and moved the ball well. I loved the way we got after it today.”

The Eagles had six different players find the back of the net as Emilie Olsen, Jamie Finn and Silvana Gordon scored their first goals of their collegiate careers.

Tabby Tindell’s seventh goal of the season kicked off a good day in front of the net for the Eagles, giving FGCU a 1-0 lead in the first 10 minutes of the match.

GOALLLL TINDELL! Her speed is unmatched! @Tabitha_Tindell buries one in the back of the net vs. FDU to give @FGCU_WSoccer a 1-0 lead. pic.twitter.com/5Qv1aFogGG

After chipping the ball over the keeper from about 25 yards out to score her first career goal, and stealing the ball from the left back and burying the ball in the back of the net, Olsen scored her second goal of the game in the 62nd minute, beating the keeper one-on-one after a pass from Tindell.

After conceding two goals in the first 15 minutes of the match, the Knights cut the Eagles lead to one five minutes later, after Elma Kolenovic notched her fifth goal of the season.

The Eagles quickly responded after conceding a goal after Jamie Finn’s goal in the 30th minute lead increased the Eagles lead back to two.

A pair of goals from Paulina Speckmaier and Lauren Greene, as well as second half goals from Olsen and Gordon, rounded out the Eagles third consecutive win 7-1.

FGCU dominated every offensive stat through the 90 minutes finishing the match with 24 shots, and nine corner kicks. On the defensive side of the ball, FGCU kept the Knights to zero corners and six shots on goal.

The Eagles will now take their three-game win streak into their first conference game of the season, as they face off against USC Upstate Friday, Sept. 30 at 7 p.m.