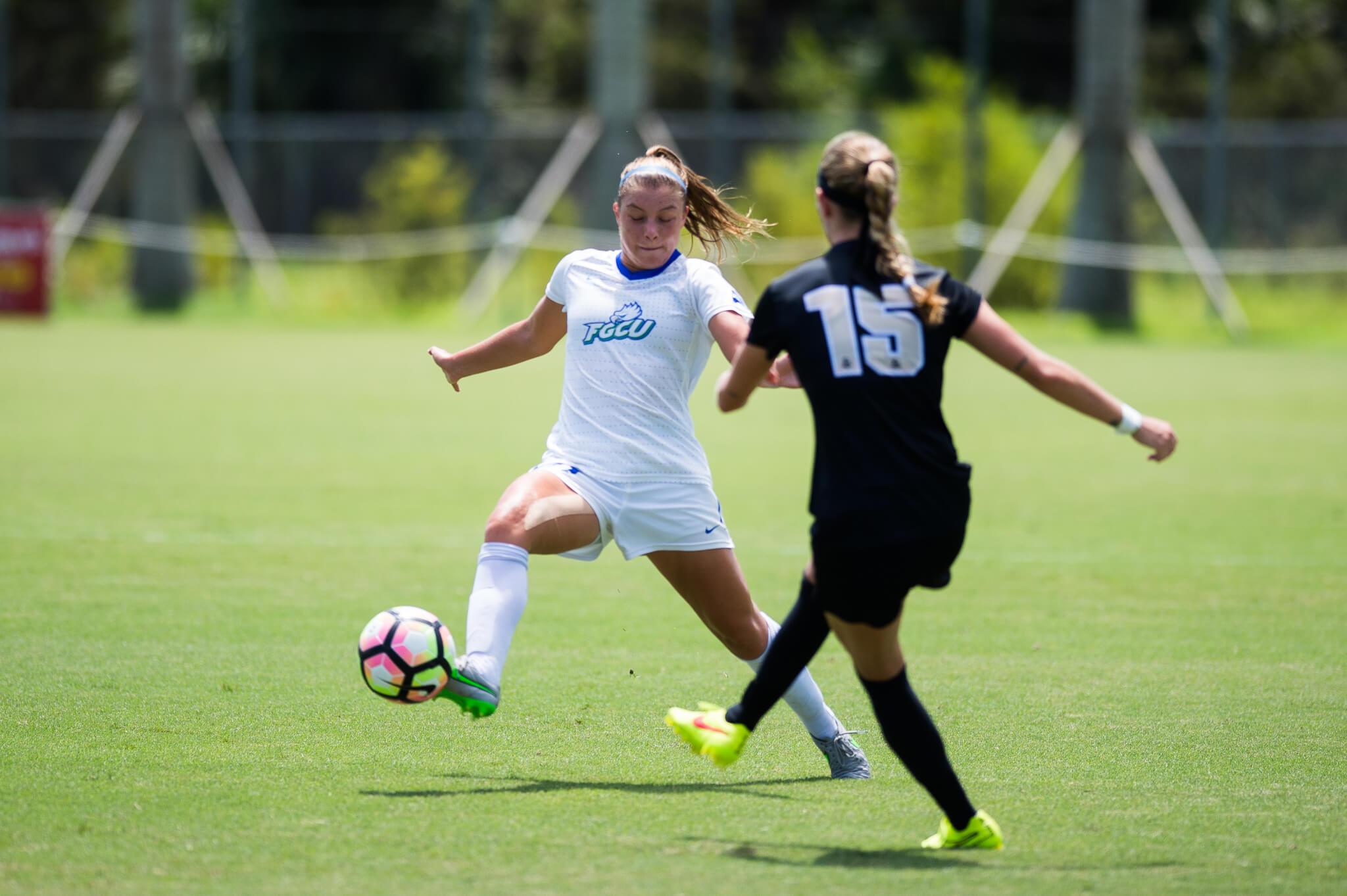 With a 3-0-1 record in Atlantic Sun Conference play, the Eagles sit second in the table behind unbeaten Stetson.

Thanks to two second-half goals by Tabby Tindell and Ali Rodgers, the Eagles extended their win-streak to six, earning three points in their first A-Sun conference matchup away from home.

After falling behind to the Owls, the Eagles were able to find the net in the first half, thanks to a goal in the sixth minute by Ida Hepsoe, despite having a 6-3 advantage in the shots column.

After her shot on goal hit the post in the 25th minute, Tindell stepped up to the spot with a chance to equalize the score for FGCU, but her attempt was saved by Mady Carter.

Keeping Tindell from finding the back of the net once again, the Eagles trailed 1-0 at the end of the first half.

Opening the second half with two quick corner kicks, FGCU continued to hold ball in the Owl’s final third as they searched for the equalizing goal.

In the 57th minute, Ali Rogers brought the Eagles level, receiving a ball from Paulina Speckmaier, and slotting the ball into an empty net to tie the game at one.

With 13 minutes remaining in the match, the A-Sun conference career goal leader found the back of the net once again, scoring the game-winning goal for the Eagles.

“I’m proud of our kids with the way they fought back,” FGCU Head coach Jim Blankenship told FGCU Athletics. “It was a good three points at a tough place to play. The second half they looked better and put a lot into it. They showed a lot of character on the road today allowing them to come back after falling behind within the first ten minutes.”

Breaking FGCU’s six-game win-streak, Lipscomb scored two goals in the last 20 minutes of the match to earn a 2-2 draw at home.

The Eagles broke the deadlock in the 27th minute after Tindell slotted the ball into the back of the net after a passing play from Speckmaier and Megan Young.

In a back-and-forth attacking affair, both teams combined for 7 shots in the first half. Thanks to Tindell’s goal, the Eagles lead 1-0.

Three minutes after the commencement of the second half, Emilie Olsen increased FGCU’s lead to two, burying the ball in the back of the net off of a pass from Tindell.

Down two goals, the Bisons didn’t count themselves out, outshooting the Eagles 7-4 in the second half.

Earning a penalty kick in the 76th minute, Ellen Lundy single handedly brought the Bisons’ scoring her attempt from the spot and tied the game in the 89th minute off of a deflected pass.

Forcing two additional periods of overtime, neither team was able to find the winning goal despite combining for six shots.

“I’m happy we got four points on the road,” said head coach, Jim Blankenship. “Obviously, a little disappointed to not be coming home with all six, but four points from these two games is big. You have to give them credit for fighting back the way they did, being down 2-0 and to come back. We have to get back to work and get ready for Jacksonville now.”

The Eagles now head to back to the FGCU Soccer Complex as they welcome Jacksonville, Saturday Oct. 15 in game one of their quick two-game home stand.