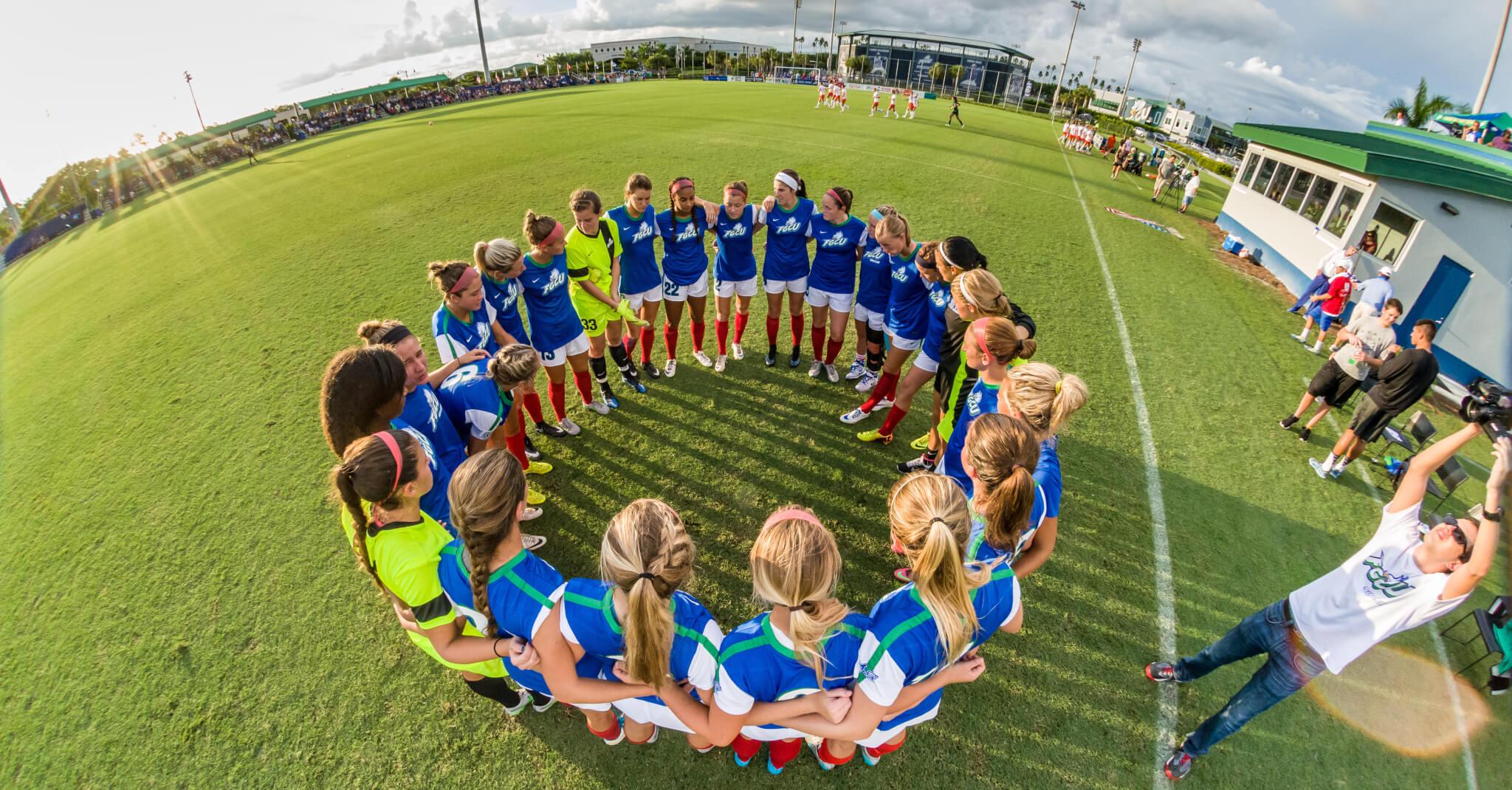 With the FGCU women’s soccer team nearly a month away from returning to the pitch, the Eagles’ quest for a seventh consecutive Atlantic Sun regular-season title begins August 19, as head coach Jim Blankenship and his staff prepares their new look squad for a third consecutive NCAA Tournament appearance.

After losing six seniors who made program history when they defeated USF in the first round of the NCAA Tournament before falling 2-0 to Duke in the second round, Blankenship has revamped his roster to compliment many players who were featured on the squad last season.

Highlighting an impressive freshmen class are former U-17 national team members for their respective countries, Emilie Olsen and Jamie Finn.

“We are excited to add Jamie to an already strong 2016 recruiting class and returning group of players,” Blankenship told FGCU Athletics. “Jamie is an excellent ball winner, and her ability to play along the backline and in midfield will be a great asset to us come fall. Her experience at the international levels with the U19s and at the Euros with the U17s will help us as we look to tackle our challenging 2016 schedule.”

Emilie Olsen, a forward from Frekhaug, Norway was a former member of the U-17 Norway national team. Competing this past season in the first division of Norwegian women’s soccer, Olsen scored 13 goals to help her club Asane Fotball Damer finish in fifth place in the league standings.

“Emilie is quick, technical and a pure goal-scorer,” Blankenship told FGCU Athletics. “Her experience at the international level with the U17 Norwegian National Team along with her high-level club experience will help us as we take on this loaded 2016 schedule.”

Extending the long list of achievements the 2016 class brings to FGCU are goalkeeper Melissa Weck and Megan Young.

Weck’s lockdown heroics in the goal throughout the tournament, where she posted three shutouts, helped her guide Slammers FC to the ENCL U-18 national championship.

In the U-17 side of the tournament, Young’s two goals in the playoffs helped lead the Michigan Hawks to club glory, as they captured ECNL U-17 National Championship.

With decorated players coming into the squad joining forces with returning members of the 2015 roster, the Eagles are sure to bring excitement to fans off all things FGCU women’s soccer, as they prepare for one of their hardest schedules in program history.

Kicking off their season in the bay area with matchups against San Francisco and UC Davis August 19 and 21, the Eagles welcome 22-time national champions UNC for their home opener on Friday, August 26.

This season, FGCU will face multiple Power 5 opponents at the FGCU soccer complex, taking on Ohio State and Alabama before traveling to Coral Gables to take on Miami. The Eagles will also face NCAA Tournament participants UCF, Liberty and FDU during the 2016 campaign.

“I’m excited for the season and our outstanding schedule,” Blankenship told FGCU Athletics. “We have a great blend of talent and expect the fall to be filled with incredible opportunities for our team. The group has always been proud of their achievements, and I believe they will represent us well in 2016.”