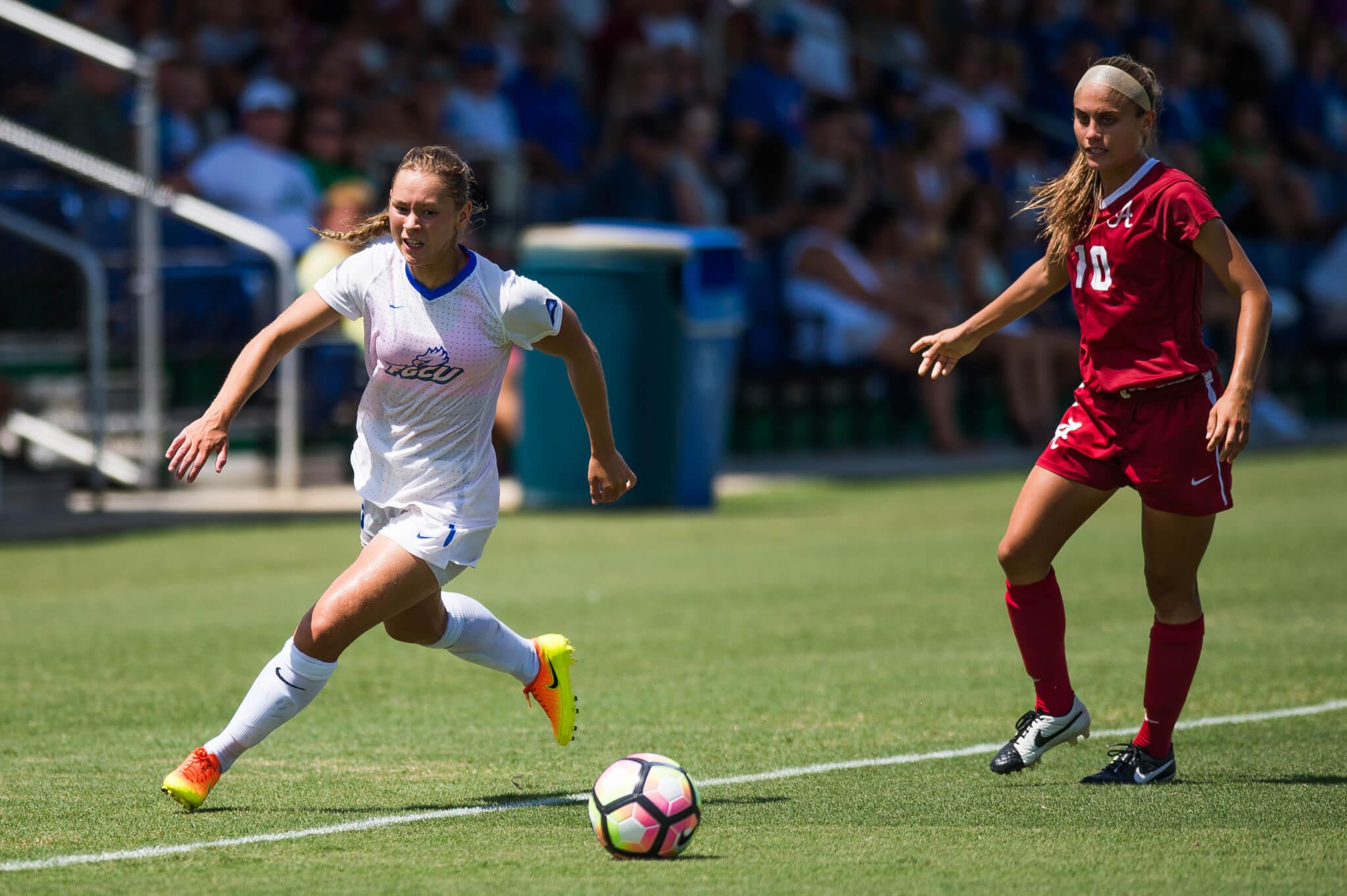 Coming off of their first home victory of the season with a 1-0 victory over FIU, the FGCU women’s soccer team fell to Alabama 1-0 Sunday afternoon.

“They’re a good side, they got the goal they needed, we just need to battle through it,” FGCU Head coach Jim Blankenship said in an FGCU athletics press release. “It’s a tough one because we aren’t getting the break we need. We have some calls going against us and we’re letting it rattle us. We’re playing at a really good level we just need to finish these matches out. We have a chance and we have to put them away.”

The ongoing theme for the Eagles this season has been their ability to finish in the final third despite many opportunities on goal.

In the tenth minute, Tindell had a shot saved by Kat Stratton, quickly followed by a save at the other end by Melissa Weck.

That would be the ongoing trend early on in the first half, as both teams would takes shots that were quickly followed by counter attacks at the other end.

In the 40th minute, the Crimson Tide found themselves with a chance to get ahead just before the half, after Ashley Parks brought down an Alabama defender in the box.

Lacey Clarida stepped up to the spot to try to put Alabama ahead, but Weck was up to the challenge, saving the penalty, quick to leave the game scoreless.

We see you Weck! The GK comes up with a big save on a PK for @FGCU_WSoccer vs Alabama to keep the match at 0-0. pic.twitter.com/QwMrhnxfc8

Despite a combined 17 shots in the first half, the teams went into the half scoreless thanks to a combined seven saves, six of which were made by FGCU goalkeeper, Weck.

In the second half, both goalkeepers made multiple stops to keep their teams in the game.

In the 62nd minute, the Crimson tide would finally break the deadlock after Auburn Mercer put the ball in the back of the net after Weck was unable to hold onto the ball after making the initial save.

After falling behind, the Eagles turned it up a notch on offense, firing shots left and right to try and tie the game up.

In the 89th minute, the Eagles thought they pulled the game level when Ali Rodgers found Tabby Tindell with a cross towards goal which was headed into the back of the net by Tindell. But the sideline official’s flag went up, signaling Tindell was offside, breaking the hearts of the Eagles.

FGCU were shutout 1-0 for the second time this season despite having 15 shots on goal and a career day by Weck in the goal, who posted 11 saves in the loss.