FGCU women’s swim puts up a strong win against Liberty 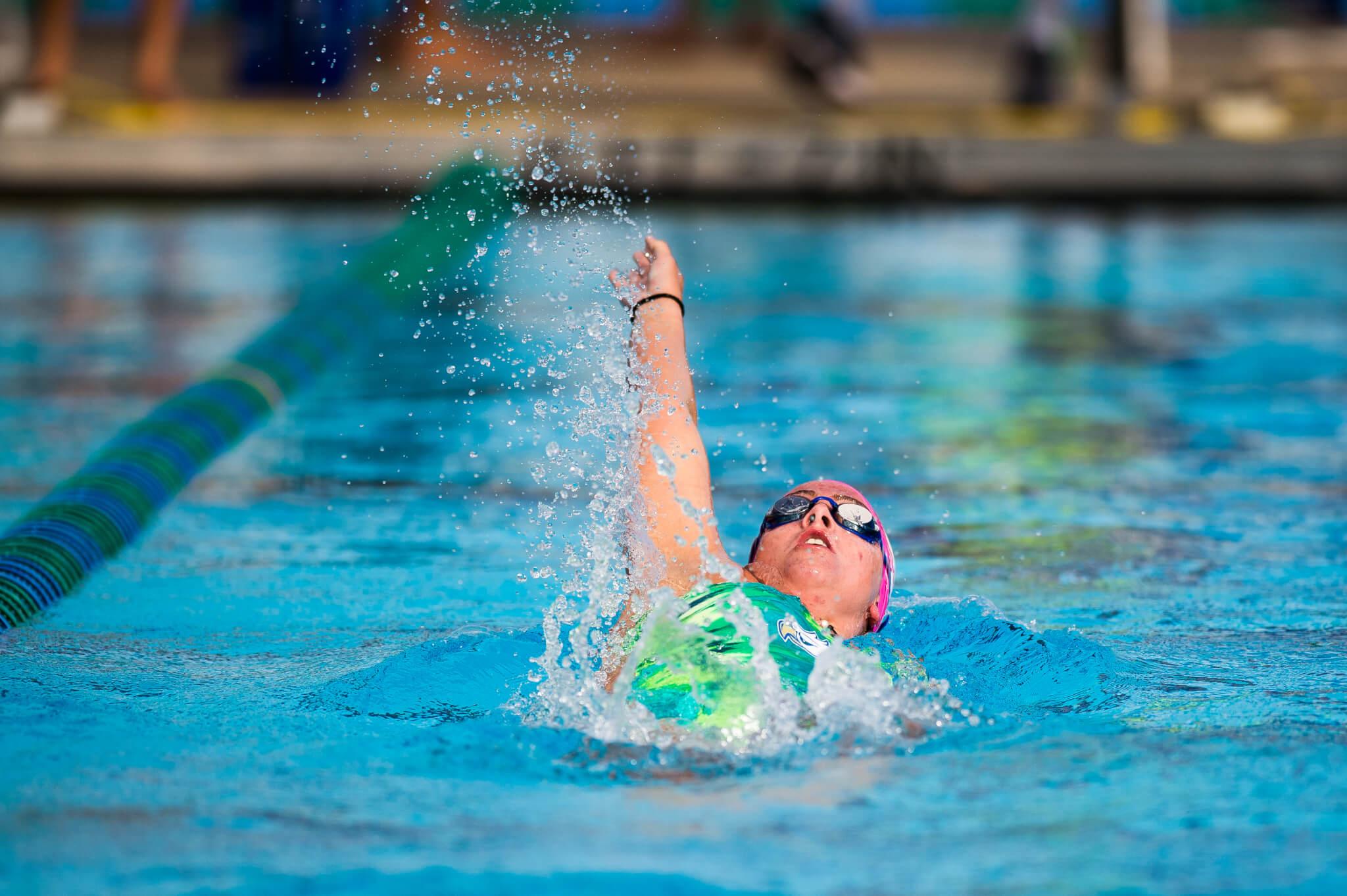 With an unfavorable forecast, the Eagles still managed to overcome the conditions and the delay, defeating CCSA-rival Liberty, 137-125, Saturday at the FGCU Aquatics Center.

FGCU improved to 9-3 overall and 3-0 against CCSA competition.

“It was obviously less than ideal racing conditions with the rain and delay, but we talked with the team about just getting up and racing,” said FGCU head coach Dave Rollins. “It’s not about what your time is at the end of the race. It’s about your effort and what you can control. The conditions were the same for both teams, and we just did the best we could with the shortened warmups and getting the team ready to go.”

The Eagles got off to a slow start, dropping the opening 400 medley relay to Liberty. However, with back-to-back wins from Zeiger in the 1000 free and Burdge in the 200 free, FGCU took its first lead of the match.

Zeiger’s time of 10:13.39 was 17 seconds faster than Liberty’s Delia Weber and her second-best time of the season.

Coming out of the 10-minute intermission, FGCU responded, claiming the lead again with back-to-back wins from Burdge in the 100 free and Sandra Wilk in the 200 back.

FGCU then turned in a much-needed performance in the 100 fly as five Eagles finished in the top-six of the event, reclaiming the lead.

Coming out of the final 10-minute break of the day, Liberty’s Alicia Finnigan won the 400 IM.  However, with FGCU finishing second through fourth in the event, Finnigan’s nine-point win was matched.

Next, the Eagles will host in-state rival Miami at the FGCU Aquatics Center Saturday, Jan. 21 at 12 p.m.