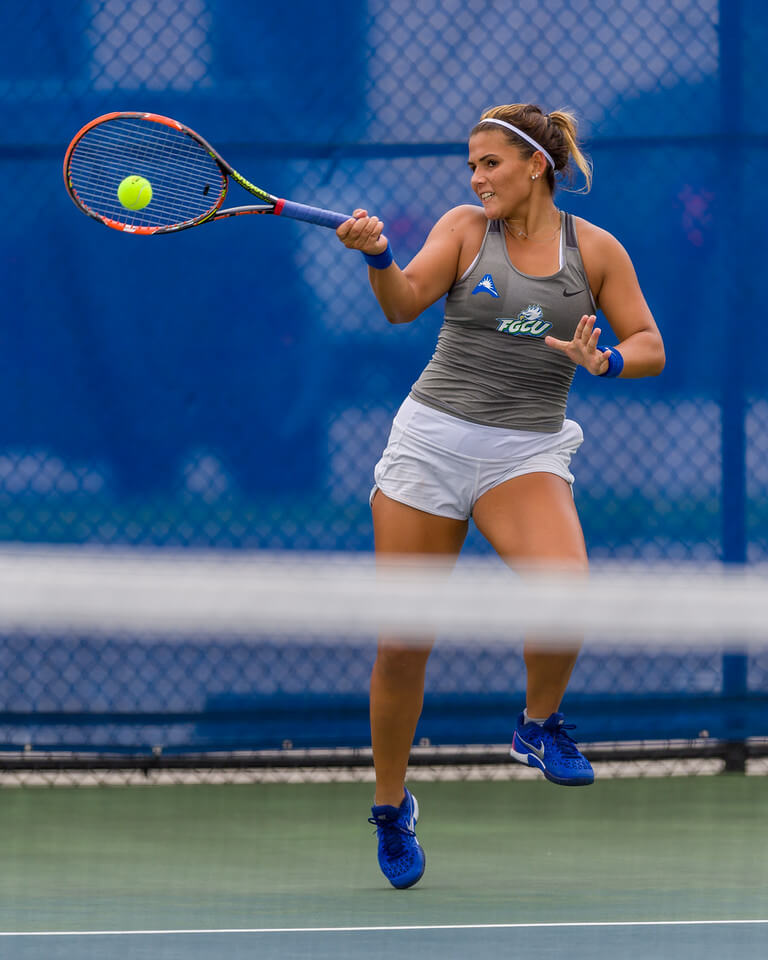 The team finished the weekend with three singles wins including Stampfli’s victory over Stetson’s Sofia Ferding. Unfortunately, Stampfli lost to the eventual ITA champion, while Curtis fell to the singles backdraw champion.

Juliana Curtis also posted big wins with victories over UCF’s Emilia Granstrom, 6-4, 6-2 in the singles qualifier, but ultimately suffered a loss in the main draw against Florida’s Jose Kuhlman 6-0, 6-2.

During doubles play, the Eagles’ top duo team, Ascua and Curtis, took on Miami’s seventh-ranked duo, Sinead Lohan and Dominika Paterova. In the end, the FGCU duo suffered an 8-7 defeat.

“I’m seeing a lot of growth in the women this fall, especially the three who competed this weekend,” FGCU head coach Courtney Vernon said to FGCU Athletics. “They’re seeing results by sticking to the plan and trusting it. We have one of the toughest regions in the country, and for our girls to be competing in every match they played this weekend was exciting to see.”

Next, the Eagles will compete in their final tournament of the fall, traveling across the state for the FIU Fall Invite from Friday, Oct. 28 through Sunday, Oct. 30.