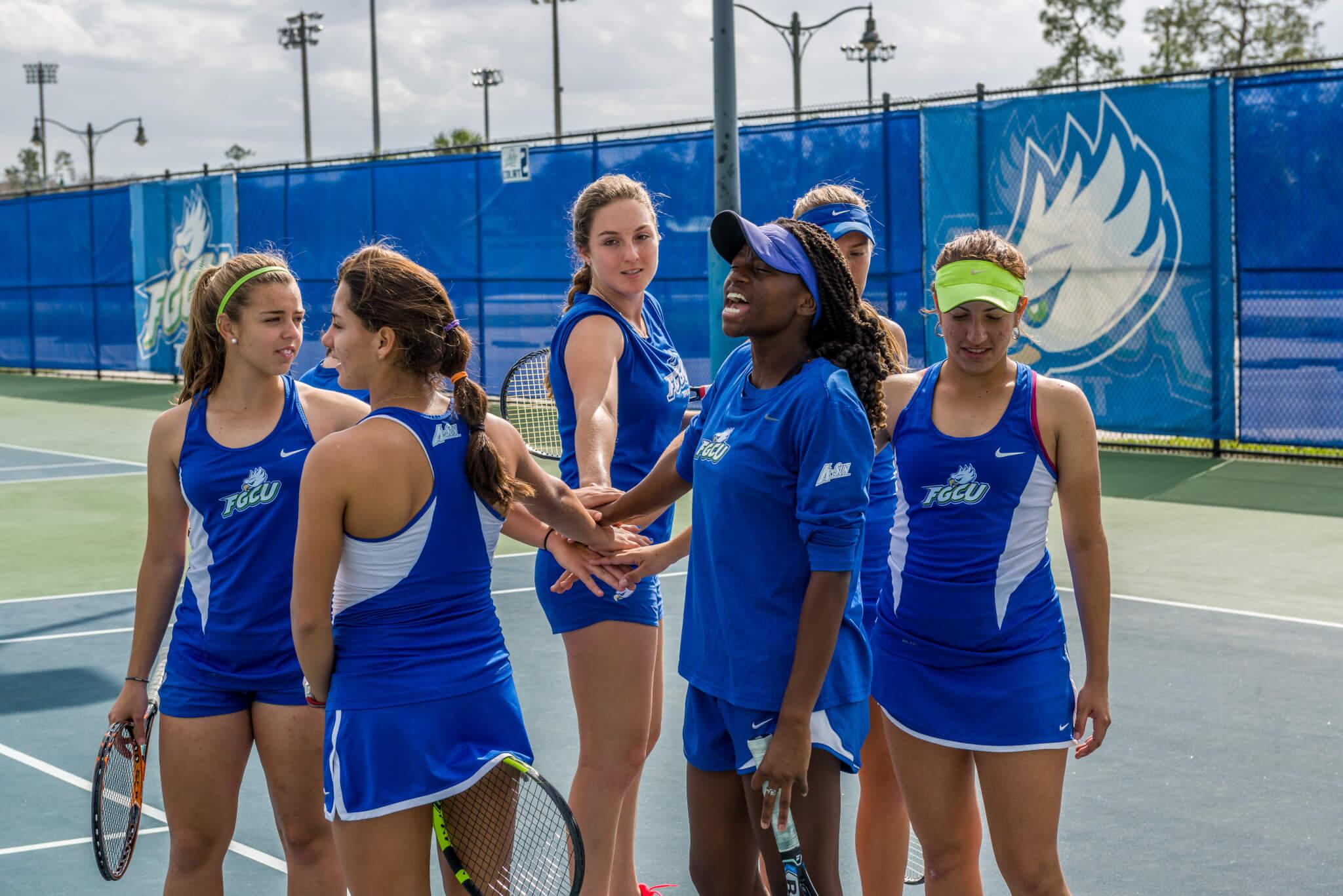 The FGCU women’s tennis team is back and ready for the 2016-17 season. Part of its preparation was adding four new girls to the roaster. Sofia Blanno (a sophomore from Johns Creek, Georgia), Bridget Forster (a freshman from Boca Raton, Florida), Sara Kelly (a freshman from Naples, Florida) and Maja Ornberg (a freshman from Kil, Sweden) will join the FGCU tennis family this season.

Blanno spent her freshman season at Auburn, which was ranked No. 12 in the country. She played seven singles matches and three doubles matches, getting a 6-4 and 6-3 win against Rida Khalid of Alabama A&M. Blanno was ranked No. 83 in the southeast and No. 254 nationally.

Forster, a student from Florida Virtual School, has nine career singles wins and 19 career doubles wins on the International Tennis Federation Circuit. In the circuit, she played in four ITF doubles finals and one singles semifinal.  She was ranked No. 32 on the Tennis Recruiting Network during spring 2015.

Kelly, who is also a former Florida Virtual School student, has 15 career singles and doubles wins on the ITF circuit, which qualified her into five ITF singles tournaments, and she advanced to the ITF doubles semifinals in Colombia. She was a junior ITF Doubles Champion and a USTA Regional singles semifinalist on the road to being named the 2011 USTA Missouri Valley/Heart of America Player of the Year.

Ornberg is coming to FGCU from Sweden and the Riksidrottsgymnasiet Tennis Program. She has five career singles wins and eight doubles wins. She made a career-high ranking of 1151 in 2015 for singles and 1049 for doubles.

All four girls have a lot to bring to the table for the FGCU tennis program. The season begins with the Bedford Cup hosted by USF Sept. 30 through Oct. 2.