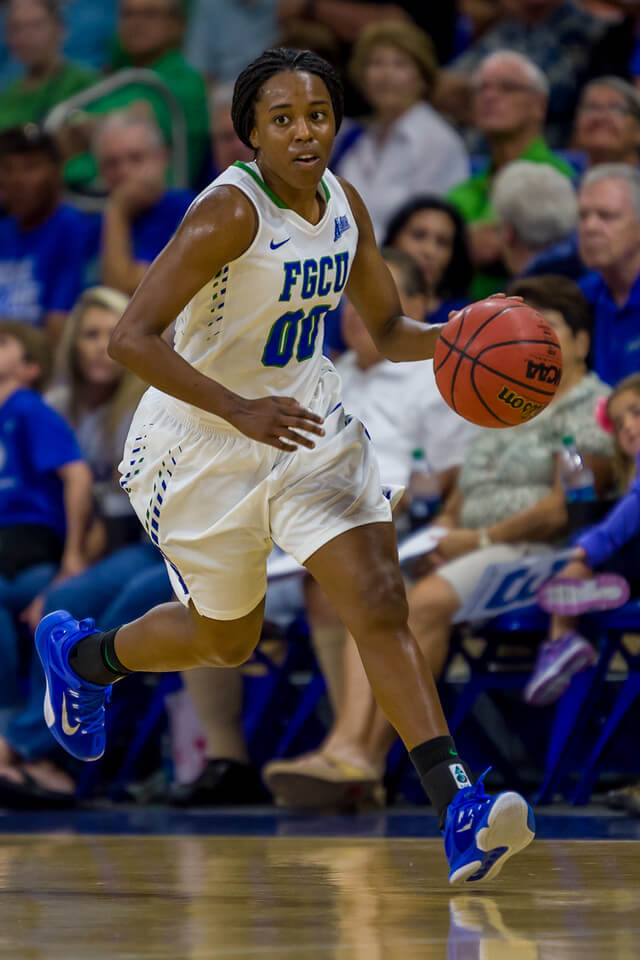 During her time on the court, Dunson served as captain from 2015-16 and finished her four-year career with a record-breaking 454 assists, ranking in the top 10 all-time in blocks, steals and rebounds. Dunson was part of four postseason teams that lead to four consecutive regular-season league titles and two tournament championships.

Dunson graduated with a double major in criminal justice and psychology with a 3.65 GPA. She was recognized as the ASUN Defensive Player of the Year, as well as being named to the ASUN All-Academic team during the past 2015-16 season.

As an advocate for several organizations, Dunson partnered with Project Help to spread awareness about sexual violence and assault and suicide prevention. Dunson created a video to fundraise for women and children at the Abuse Counseling Treatment Center, assisted with creating a website for Happehatchee to save the manatees and helped youth campers at the YMCA and FGCU’s basketball camps.