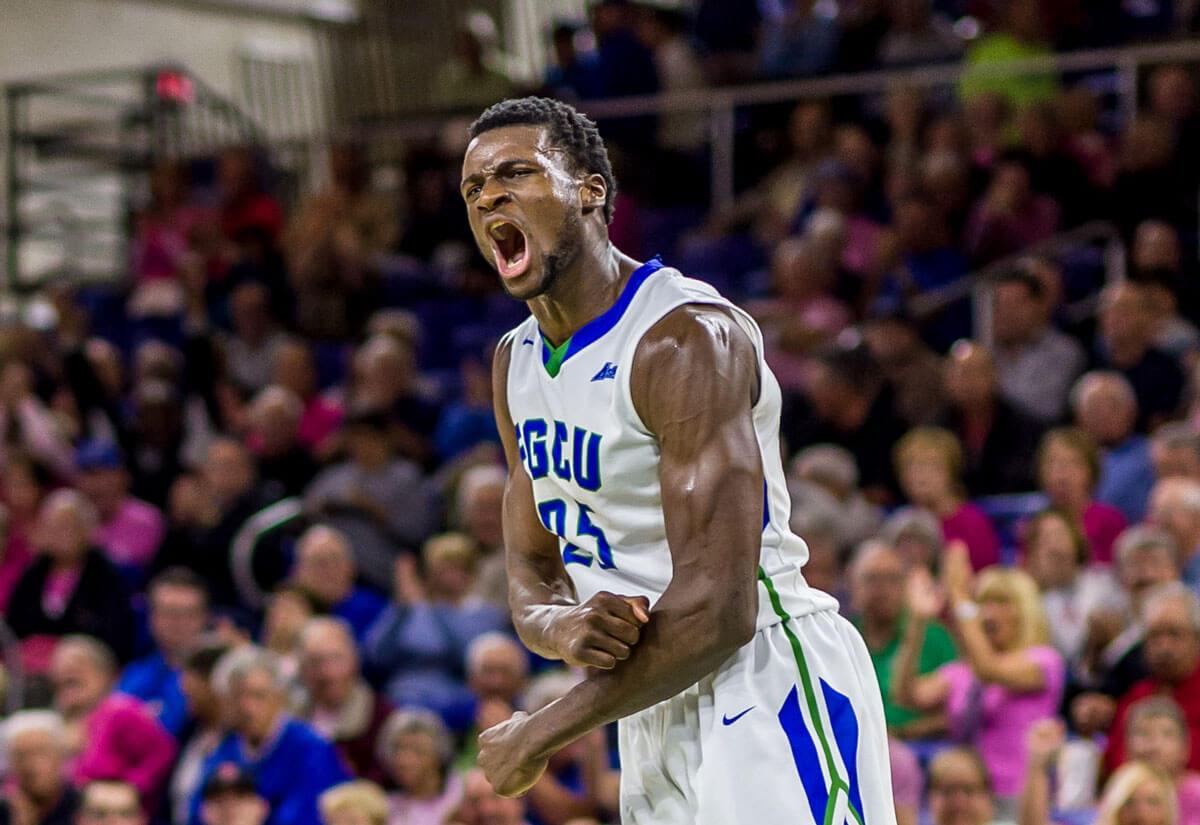 Marc-Eddy Norelia has announced that he will be declaring for the 2016 NBA Draft.

Noreila will not be hiring an agent to maintain his armature status. He has been invited to attend NBA workouts and take part in the NBA Draft Combine May 10 to 15.
“Marc-Eddy had a great season for us, and after speaking with him, we both decided this would be the best option for him to see what areas of his game still need improving before the NBA Draft,” FGCU head coach Joe Dooley said. “It’s a great way for him to see just where he stands relative to his peers.”

After the combine, Norelia will make an official decision as to draft or not. The withdrawal deadline is May 25.

If Norleia withdraws from the draft, he will be able to return to FGCU for his senior season with no penalties.

“It’s been my dream to play in the NBA, and this is a great opportunity for me to find out just where I stand,” Norelia said. “Going through this evaluation process over the next month will hopefully provide me with a better understanding of that.”

He toppled the program’s single-season double-double record with 16 — seven more than the previous mark of nine by Robinson Tisme in the inaugural 2002-03 campaign.

Norelia became the first player in FGCU history to secure more than 275 rebounds in a season. His point total was 17 more than anyone else, and he made 24 more shots than the previous record. His 17.1 scoring average was the best in DI program single-season history, and his 9.3 rebound average was a full rebound better than the previous record of 8.3 by Adam Liddell in 2006-07.

A three-time A-Sun Player of the Week, Norelia scored a DI program-record tying 34 points and finished one rebound shy of matching the DI program single-game rebounding record with 18 against Youngstown State on Nov. 21.

Norelia led FGCU in scoring 18 times this past year and posted double-doubles in four of the Eagles’ five postseason games. The only time he didn’t record a double-double during that stretch was in the A-Sun finale versus Stetson when he totaled 16 points and grabbed nine rebounds. In the final 11 games of the year, Norelia secured double-doubles in eight of them and missed two more by a single rebound.

In the NCAA Tournament, Norelia posted a 20-point, 10-rebound performance in the NCAA Tournament First Four against fellow 16-seed Fairleigh Dickinson en route to a dominant 96-65 victory over the Knights — the largest margin of victory in First Four history. Against top-seeded North Carolina in the First Round, the Eagles trailed by just one at the half, 41-40, before falling to the Tar Heels in Raleigh, 83-67, as Norelia scored 10 points and secured 11 rebounds.