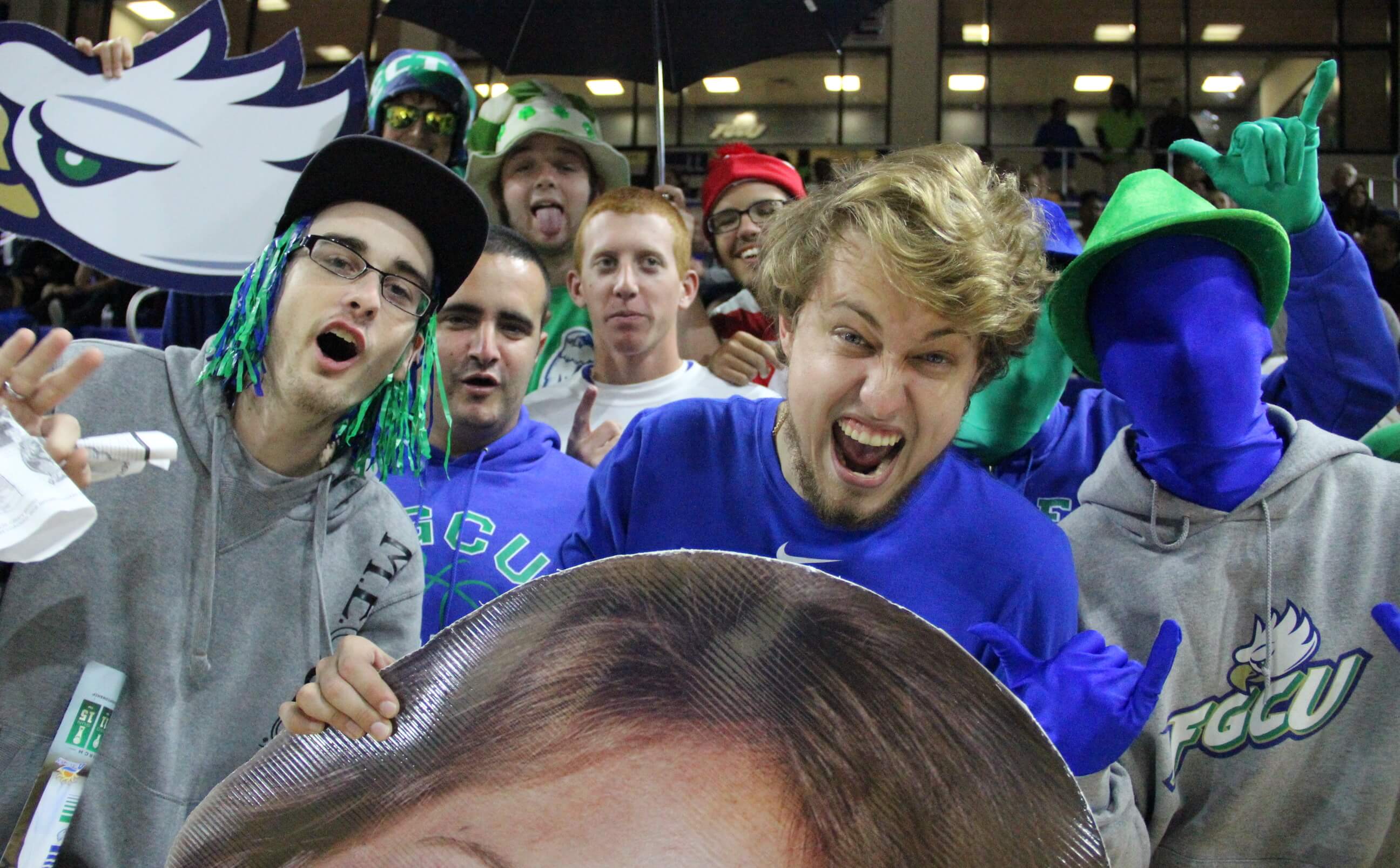 Behind every successful team is a rowdy student section, yelling and taunting the opposing team behind them.

Opposing team’s goalies have cried and been given red cards for furiously throwing hand gestures; coaches have stomped their feet in frustration; conference tournaments have been won and titans have been crushed in the wake of FGCU’s student section, the Dirty Birds.

What started out as just a group of student fans and student athletes cheering on their friends at games, organized by some of the coaches, has quickly become the most dominant student section in the Atlantic Sun Conference.

Power Five schools don’t do that.

“That’s really a testament to the Dirty Birds,” said Kevin Thurman, FGCU athletics marketing and promotions coordinator. “They’re there, they’re loud, and they’re having fun. One thing that makes college sports so different and so unique is that loud, proud student section filled with 18- to 23-year-olds yelling and having the time of their lives. I think that’s what really drives the community audience, too; they build off that energy.”

When the 2012-13 men’s basketball team won the ESPY for “Best Upset” for their win over Georgetown in the NCAA tournament, FGCU’s Eddie Murray gave a special shoutout to the Dirty Birds, noting the effect that their energy has on the game, during their acceptance speech.

“Since Dunk City, the Dirty Birds haven’t stopped growing,” said FGCU Athletics intern and 4-year Dirty Bird Taylor Schell, who was a freshman when the 2012-13 men’s basketball team became the first No. 15 seed to advance to the Sweet Sixteen and earned the moniker “Dunk City.”

But as the media lights dim, the hashtags dwindle and the last few players from the original Cinderella team graduate and move on, the 2015 season will be a defining year for the program and the Dirty Birds.

It’s time to build and maintain traditions that will continue on through the program for decades to come.

“Now is the time to build traditions,” Thurman said. “Florida’s Gator Chomp and Florida State’s Tomahawk have been around for decades. Now is our time for our chomp. Thirty years from now, when students are still doing things like ‘Wings Up,’ alumni can say, ‘I was there when that tradition started. I was a part of that.’”

Denise Da Silveira, assistant athletics director for marketing and sales, says upperclass leadership will be key to building and maintaining the booster organization.

“It’s going to be crucial to make sure students are committed to teaching traditions and being the sixth man on the court,” said Da Silveira, noting the drop in upperclassman renewals. Last year, the Dirty Birds signed up an estimated 1,700 freshmen and 400 sophomores.

“Quantity is important,” Da Silveira said, “but so is quality, and the quality is going to rely on that leadership. The student section is the core to FGCU.”

To gain that leadership, the Dirty Birds plan to reach out to RSOs and Greek organizations to bring in upperclassmen leaders. The student section is currently offering to feature the name of organizations on the yearly Dirty Birds t-shirts as incentive for organizations to sign up groups. Students can renew or begin their membership for $10 here. Membership includes an official t-shirt, gameday pack, invites to pre and post-game events and tailgate access. Returning Dirty Birds will also receive a Dirty Bird Id Card that allows special and early access to select events.

“This is a big year for tradition,” Thurman said. “We’ve had that success over the past few years that has gotten us to this point. Now, we get to be the building block of tradition, and it’s not every day you get to start tradition.”