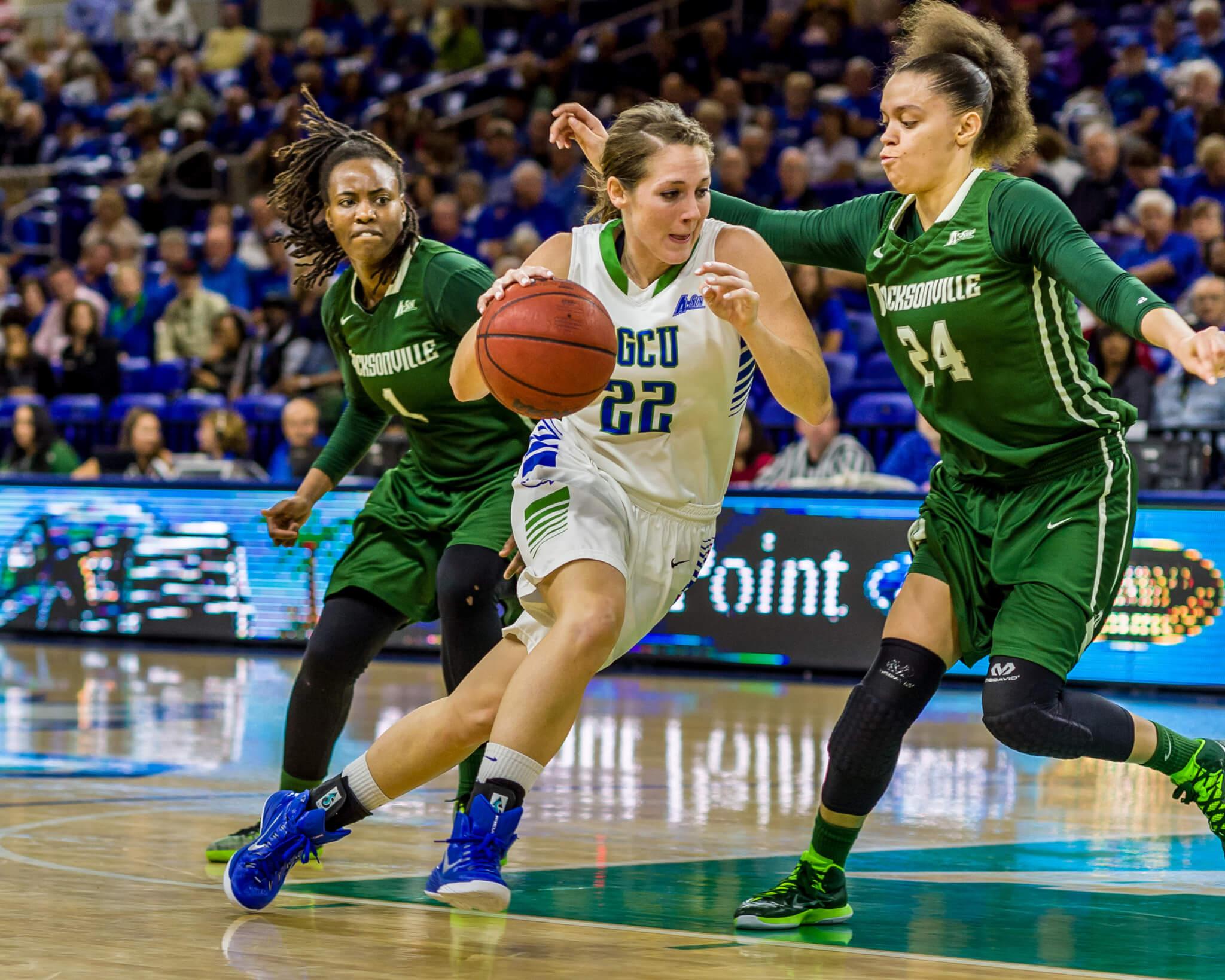 Having spent last season as FGCU women’s basketball’s season coordinator of operations, Jenna Cobb was recently hired as the team’s new assistant coach. She will be Nicki Collen’s replacement after Collen’s departure for the WNBA’s Connecticut Sun.

Cobb’s new responsibilities entail scouting the opposing teams, preparing the team for games, developing players and recruiting for the team.

Cobb is a former captain of the FGCU women’s basketball program. Cobb transferred from Butler to FGCU after her sophomore season. She scored 571 points, 247 rebounds, 166 steals and 112 steals in the course of 68 games and started in 59 of those 68 games.

In showcase season with FGCU, she was named Atlantic Sun Tournament MVP after recording 41 points in the semifinals and finals. She was also awarded Defensive Player of the Year at the end of the season banquet. In addition, while in her sophomore season at Butler, Cobb was voted Horizon League All-Defensive Team and Horizon League Player of the Week.

In her senior year, 2014- 15, Cobb played a part in leading FGCU to its first NCAA Tournament win as the No.7 seed. The Eagles defeated Oklahoma State, which was sitting as the No. 10 seed, 75-67. In this showing, Cobb recorded 10 points, three rebounds, three assists and two steals. In the 2014-15 season, FGCU finished 31- 3, which marked a Division I program record for wins. This record sat tall only to be trumped the subsequent season when Cobb aided in setting a 33-6 season.