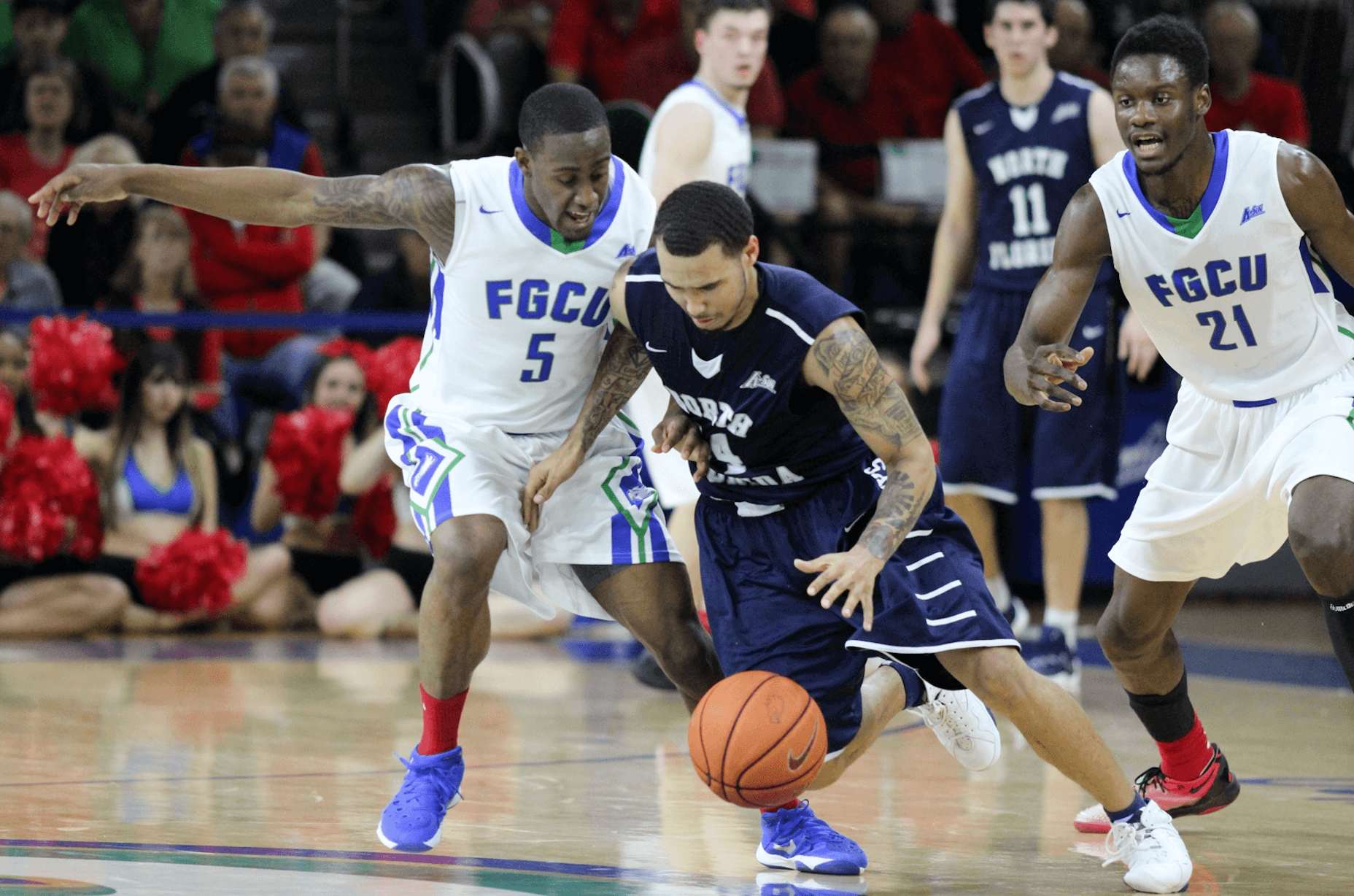 FGCU saw a different team playing Saturday night, a team FGCU fans haven’t seen yet this season. The Eagles were on the floor to remind everyone in the gym, packed with 4,333 fans, what it means to be Dunk City and that it’s not over.

“Coming out with great energy and our skills and mentality helped with the game,” Debose said.

FGCU was firing on all cylinders. It wasn’t till the end of the first half that the Ospreys saw a lead. FGCU out rebounded, 44-38; out shot, 51 percent to 35 percent; and out worked the Ospreys in the paint, booking 48 points in the paint.

On top of Saturday’s solid performance, Debose, Gold Medal winner and unanimous selection to the Preseason All-Conference Team, became the seventh player in FGCU history to have 1,000 career points. He finished the night with 16 points.

At 12:37 in the first half, the Eagles held a 22-4 lead. The energy in Alico was electric. Passes were smooth and shoots came easy. FGCU out rebounded UNF, 12-6, in the first 9 minutes alone.

“The biggest thing this time of the year is momentum,” FGCU Head Coach Joe Dooley said. “We got off to a good start. It was a good team win.”

At the half, the teams took to the locker rooms with 35-34 on the board, UNF’s first lead of the night.

For every play UNF had, FGCU countered. The teams mirrored each other. About half way through the first half, UNF dunked, hoping to swing the momentum — its efforts only to be countered by an effortless dunk by Demetris Morant in the next possession.

The last five minutes of the game were comprised of fouls and second chances.

By the end of the game, six Eagles contributed double digits to the team’s 81 total points.

On the other end, FGCU kept UNF to 29 percent from the arc and 35 percent overall, a season low for the Ospreys.

Despite solid defense on both ends, the referees were quick with the fouls in Saturday’s game. UNF totaled 24 team fouls — one player fouled out and four others had four fouls — while FGCU walked away with 18 team fouls.

“We are going to keep building on our skills and figuring out our identity,” sophomore guard Christian Terrell said. “I think we are starting to. If we play the right way, we can beat anyone in this conference.”

Up next, the Eagles will travel to USC Upstate to continue conference play. The last time FGCU played USC, it took a 29-point win.