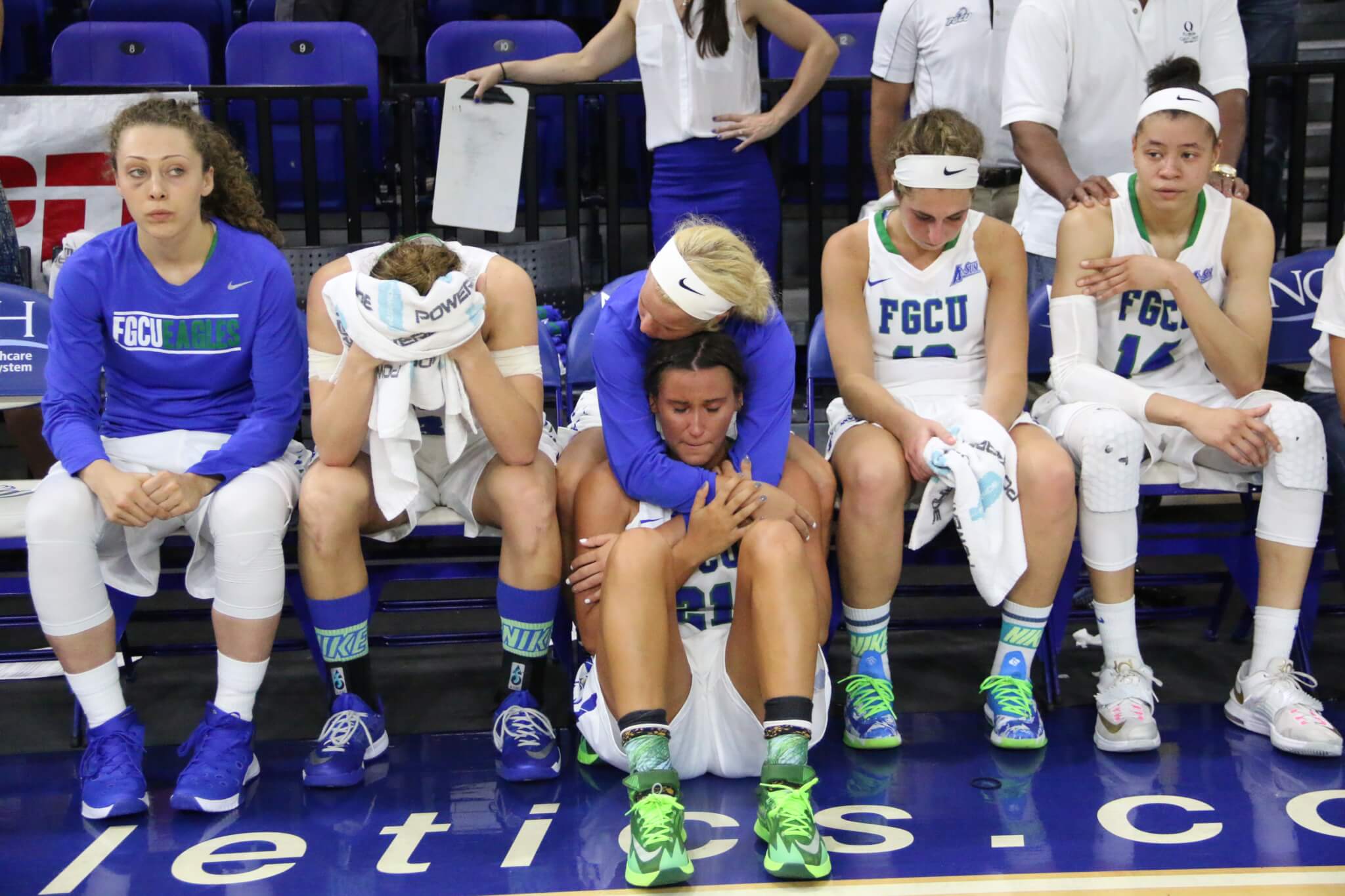 The FGCU women’s basketball team hoped to join the men in the NCAA tournament this year. With a  21-game win streak, its fourth perfect conference season and a double-digit lead in the Atlantic Sun Championship final against No. 2 Jacksonville, it looked like that was going to happen.

However, in the final moments of the A-Sun Conference Championship final, FGCU found itself in the same situation that it was four years ago against Stetson: a double-digit lead that dwindled to a loss by just a few points.

With 37 seconds left in the game, FGCU found itself tied with JU: 54-54. JU’s Brandi Buie sealed FGCU’s fate with a jumper in the last three seconds to earn the Dolphins the title and the NCAA bid.

In 2013, the same year that the men’s team earned its only NCAA bid and made a historical run in the Sweet Sixteen, FGCU went into the locker room with a 40-27 lead over Stetson but couldn’t hold on to it at the end of the second half, falling 70-64.

The loss to JU breaks a 21-game win streak and a perfect conference season. The win is the Dolphins first program title.

FGCU will now wait to see if they will be awarded an at-large bid to the NCAA Tournament. If not, the Eagles will be participating in the WNIT for the sixth time in program history.

“There is no reason that FGCU shouldn’t get an at-large bid,” said JU head coach Yolett McPhee-McCain. “That team is tournament ready and shame on the committee if they don’t put them in.”