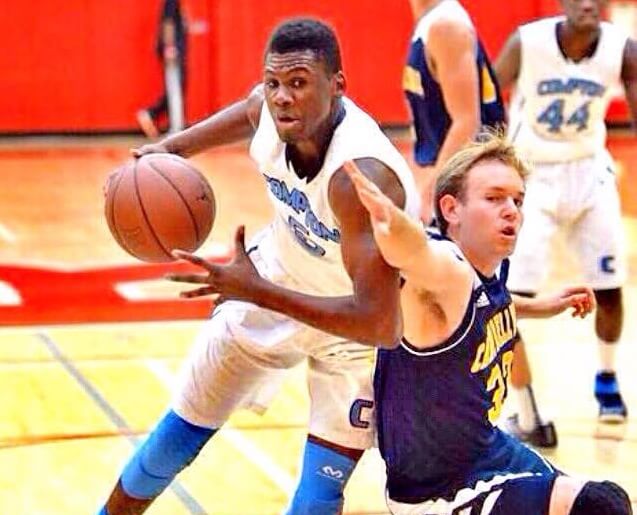 The 2015-16 men’s basketball season has departed and, with it, the two seniors, Julian DeBose and Filip Cjveticanin. It’s out with the old and in with the new.

“We’re excited about both Christian and Raysean joining the program,” head coach Joe Dooley said. “They both come from great high school programs and have been well-coached. They fill some needs that we had, and we expect them to be key pieces of the program moving forward.”

Scott is a 2-star recruit and is ranked 72nd small forward in the class of 2016. He is the 49th ranked player in the state of California. In his junior year, Scott was able to will his team to its first California Interscholastic Federation Championship in 46 years. In the 17 games he played in his freshman year, Scott averaged 22.3 points, 11 rebounds, two steals and a block. In his junior year, he posted 18 points, 15 rebounds and nearly four blocks per game. Scott is able to cause mismatch nightmares in the paint and along the perimeter. He has a wingspan of nearly seven feet and is an inside-outside threat who can come in and produce from the start.

“I’m very excited,” Scott said. “I’m looking forward to getting to campus and just doing my part to help the team on the floor and succeed in the classroom. The coaching staff was a big reason why I chose FGCU. They treated me like family, and the players made feel welcome and like I had been there the whole time. It was just a perfect fit for me.”

Scott faced some of the top talent on the west coast this past summer while playing for the NorthWest Xpress in the Nike EYBL DI Circuit.

Other FGCU signee Christian Carlyle is listed as a 4-star recruit as per Florida Hoops and a 3-star recruit by Future 150. Florida Hoops also has him as the 20th-best player to come out of Florida in the class of 2016. As a junior, he posted nearly 23 points, two assists and about five rebounds. The “Florida Times-Union” awarded Carlyle with the Second Team All-First Coast honors.

Carlyle was listed as the No. 1 fall signee in the Atlantic Sun Conference as per HoopSeen.com.  Carlyle is also from the same town as FGCU’s Christian Terrell. Carlyle played his AAU ball days for Florida Elite, the same program that groomed FGCU’s Marc-Eddy Norelia. Carlyle is recognized as an outstanding shooter by the scouting reports. FGCU offered Carlyle a scholarship four months ago. Assistant coach Michael Fly was at the helm in this recruiting process. FGCU was able to steer Carlyle away from other rival schools such as North Florida, Chattanooga, Central Florida and Florida.

“I chose FGCU because I had a great relationship with the coaches,” Carlyle said. “I fell in love with the campus, and I felt that it was a place where we could win a lot of games. I’m also looking forward to playing in front of the amazing crowd at Alico Arena and especially for when we play Jacksonville and UNF in my hometown.”

FGCU is rapidly escalating out of its mid-major program role. Now that Christian Carlyle and Raysean Scott Jr. have signed a National Letter of Intent during the early-signing period, FGCU has one more scholarship to give out. FGCU has been in communication with junior, power forward Malik Martin out of USC.

USC is where former FGCU coach Andy Enfield went after taking FGCU to its Cinderella run back in 2013. Martin is a Florida native and played on the same AAU team as FGCU’s Zach Johnson and Antravious Simmons. He was also ranked No. 12 in Florida back in the class of 2014. Having noted that Martin is indeed transferring, FIU, USF, UCF, Virginia Tech and North Florida have all been in touch. But, could the 6-foot-11-inch power forward be coming back home to play with his old teammates?