Men’s lacrosse earns back opportunity to compete in national tournament 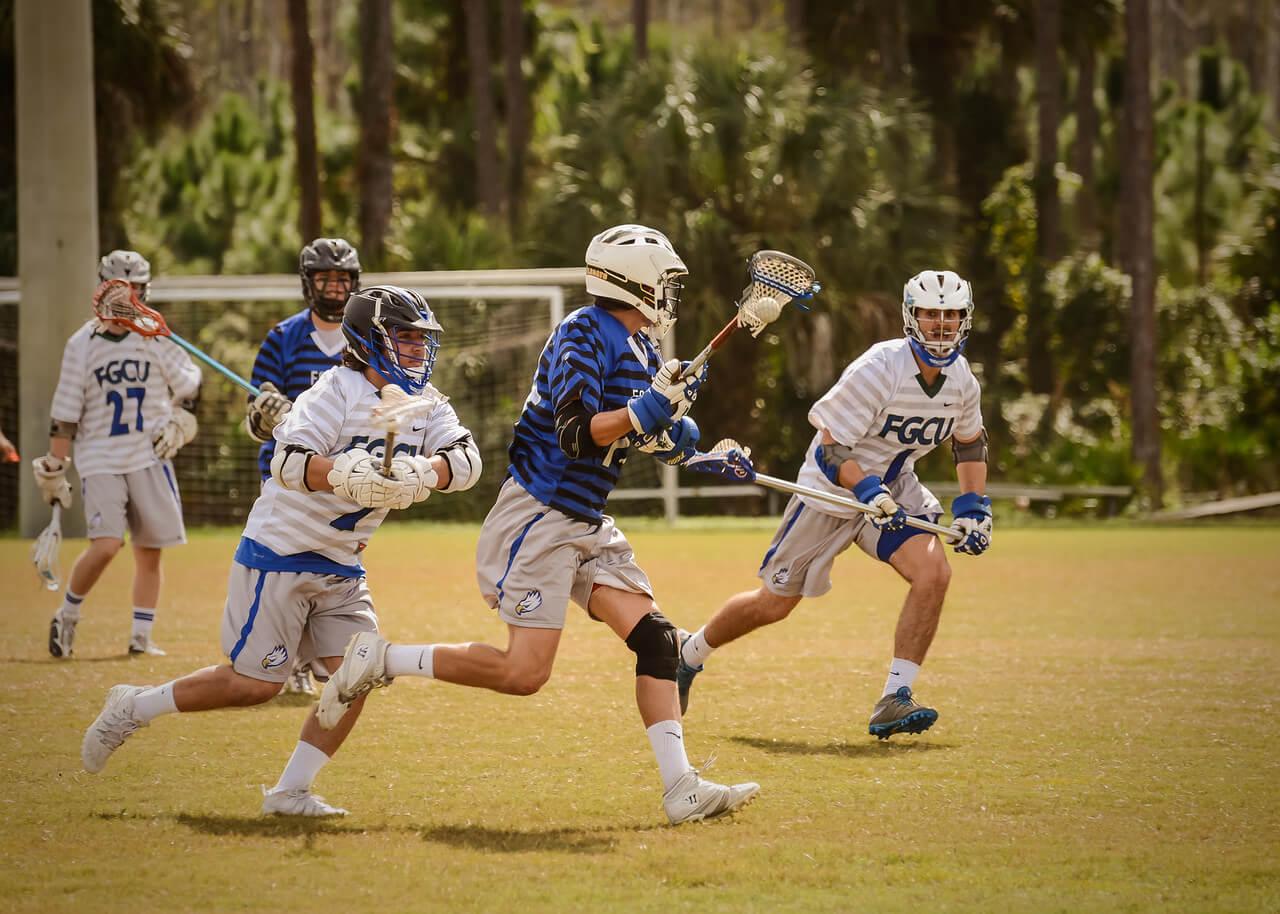 The FGCU men’s lacrosse team has changed a lot these past few months. From national tournament play in California to an all-out campus suspension, the team has seen quite a change both on and off the field.

The team went through its first appeal in mid-September after being found guilty by the Sports Club Council of being at least $16,000 in debt.

“We were made aware, after the men’s lacrosse team came back from nationals, that they had some outstanding debts,” said Amy Swingle, director of Campus Recreation. “I was getting emails from other departments across campus with invoices saying, ‘Amy, please pay these people.’ It was a little bit embarrassing because we didn’t know what it was for. Then, we found out it was men’s lacrosse.”

The invoices were for multiple bus companies and new uniforms and gear for the entire team. When the original gear invoice came in, Swingle said only $2,000 of that tab had been picked up by FGCU. The rest was just “swagger,” as Swingle put it.

The club was suspended until the money was repaid and, even then, was told it was not allowed to play in the national tournament in the event the team once again qualified. In addition, the volunteer coaches were let go as a result of unpaid invoices billed in the names of the coaches, who are not allowed to buy things with the club’s budget.

The budget is supplied by Student Government, so transactions such as these break the finance code.

A couple weeks later, the team had paid off the entire indebted amount. According to Jacob Johnson, president of the club sport, the money came from the players who originally used the SG funds to attend the national tournament in California, along with gracious donors.

Johnson told Eagle News he was appealing to the Sports Club Council for the opportunity to play in postseason competitions, hoping to return to nationals.

After two appeals, the team is not only allowed to resume play but also to compete in the national tournament, if the club wins its conference. It will not be allowed to take an at-large bid otherwise. The South Eastern Division 2 Lacrosse Conference is the largest conference with 22 teams.

The team also has a new coach, Vinny Valentine. Valentine is a former All-American andplayer on the team. Last season, Valentine was a captain on the team, voted so by his teammates.

Valentine, who is originally from New York but attended high school in Estero, holds the most career goals, assists and points in FGCU lacrosse history, making the standout player a value to the team.

“At the end of last season, I was already planning to help out the team from a coach’s role,” Valentine said. “After the unfortunate thing that happened this off season, there was a vacancy at the head coach position. I threw my name in the mix kind of as a fallback plan. When the search to replace Mike Dubbelde as head coach started to fail, it started to become not such a fallback plan anymore. A couple of alumni, Eric Anderson and Tyler Morrone, as well as Robert Darrow, who helped coach last year got together and said that we would commit to this team and take this thing on by committee with myself taking the head coach role.”

“We know the team, and we know what needs to be done in order to win. I’ve been with this team from when it first became a club sport at FGCU. I have seen us grow from a men’s league team to a powerhouse in contention to win the national championship every year. I took this job because I love this team and I love the players, and I want to see them succeed.”

The 23-year-old coach, who will graduate this December, says the team has dominated from the start and that this year’s plans are no different, despite financial setbacks.

“I don’t think that will set us back,” Johnson said. “We just have to fundraise more and get donations. We have a GoFundMe, and we can fundraise pretty well.”
Swingle said the team was allocated a total of $18,432.90 for the 2014-15 fiscal year by SG, along with whatever was in its off-campus account. Each club team manages its on-campus account with the funding provided to it by SG, along with a personal account off campus that is managed by the club. Any club team looking to spend its provided on-campus funding must fill out a spending request form before doing so.

“Obviously, we won’t do that again,” Johnson said. “We learned from that. This spring is in California again, and that’s why we’ve started taking donations early and fundraising. We’re doing sponsorships and players are going out and trying to get those. We want to raise as much money as we can, so we don’t run into this problem again.”

“It was a decision we made that benefited the club in many respects but incurred costly consequences with our relationship with sports clubs,” Johnson said. “It helped us out, but it also hurt us. We want to be the sports club of the year for the second time in three years.”

Despite the financial setback and decisions, Johnson is still passionate and positive about this year’s team.

“The talents and the atmosphere of the team outweighed the administrative stuff,” Johnson said. “There’s a certain trust; we have the core of our team. This year, we’ve made a lot of changes.”