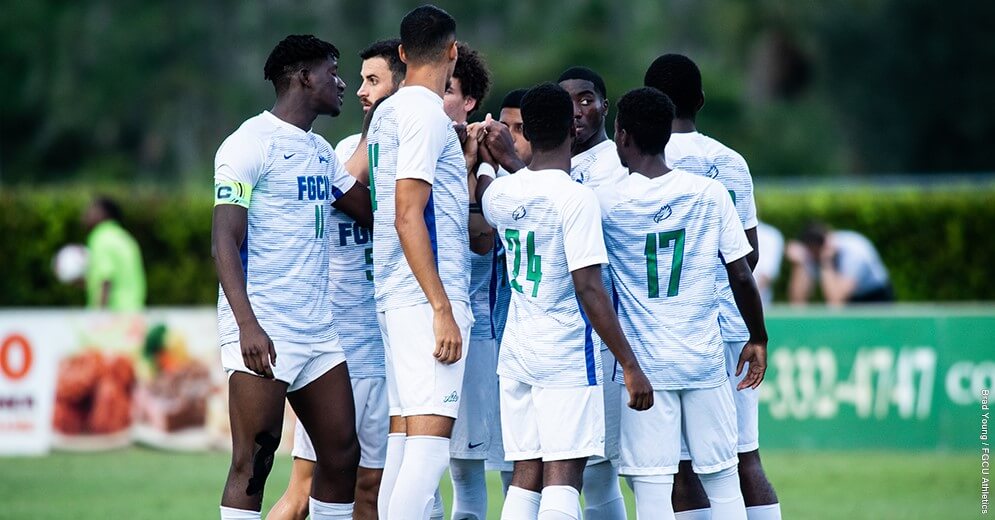 Photo Provided by FGCU Athletics // The Eagles fell short to USF on the road, losing their Tuesday night matchup 1-0.

The FGCU men’s soccer team (3-5-2) dropped another contest, this time falling to the University of South Florida, in Tampa, by a score of 1-0.

The opening 20 minutes was ripe with action. FGCU attempted three shots during this time slot while USF attempted four shots in this time.

On top of the shots attempted by each team, the Eagles committed four fouls and saw one offside call go against them.

USF then converted a goal-scoring opportunity in the 37th minute to get a 1-0 lead and ultimately, the only goal of the game. The goal seemed likely for the Bulls as they had two more chances to score since the 20th minute.

The end of the half saw FGCU put on some pressure by attempting two shots before the half came to an end.

After USF looked dangerous to push their lead to 2-0, senior forward Joao Burti got on the right end of a goal-scoring opportunity in the 48th minute, but the Bulls keeper was able to read the play and saved the chance.

The game then seemed to go into a lull period, with teams not capitalizing on their possession and not registering a shot until the 67th minute when USF attempted a shot on FGCU’s goal.

FGCU junior defender Max Edwards was shown a red card by the referee that forced FGCU to play the final three minutes a man down at 10-men.

After this loss, the men’s soccer team returns home for a match against Lipscomb this Saturday, Oct. 5th, at 7 p.m.