Men’s Soccer falls to FAU on the road 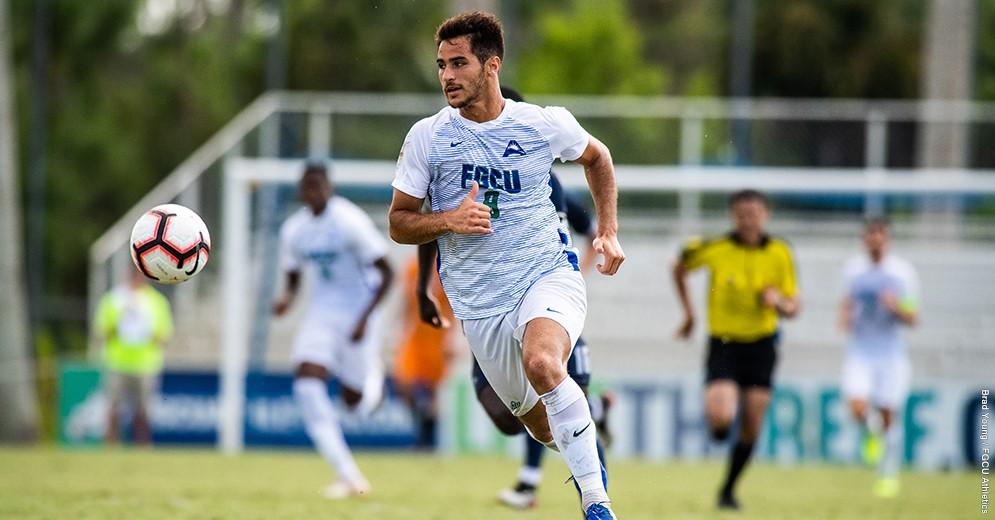 Photo Provided by FGCU Athletics // Joao Burti, senior forward, scored the lone goal for the Eagles in their 3-1 loss to FAU on the road.

FGCU men’s soccer dropped another tough game Tuesday night, as they lost 3-1 on the road against FAU. This is the team’s fourth consecutive loss, a streak in which they’ve been outscored 11-2 by opponents.

FGCU looked to have taken a lead just a minute into the game, but what would’ve been Chris Clement’s first goal of the season was called back due to an offside call.

However, it was FAU that opened up the scoring with a goal in the 12th minute from forward Ivan Mykhailenko. He tallied four more shots on goal throughout the match, including the second goal for the Owls in the 28th minute.

The Owls would go into the halftime break with a 2-0 lead but weren’t done as they would add to their lead and score again in the 51st minute.

FGCU would continue to apply pressure on the Owls as they were able to break through with a goal in the 69th minute coming from senior Joao Burti. The opportunity opened up for the Eagles when an FAU player was ejected from the game with a red card.

A frustrating 3-1 loss for the Eagles, as the teams were practically even in terms of shots throughout the match (FGCU:13, FAU:14) but FGCU wasn’t able to capitalize on scoring opportunities.

“Right now we’re just not executing at the level that we need to be successful,” said head coach Jesse Cormier. “There are some spells throughout the game in which we do it other times not. We need to be able to put together a full 90-minute performance and play well in all three phases of the game, especially in the final attack third”

Up next, FGCU will begin their slate of ASUN conference play when they play UNF on Saturday, Sept. 28 at 7 p.m.