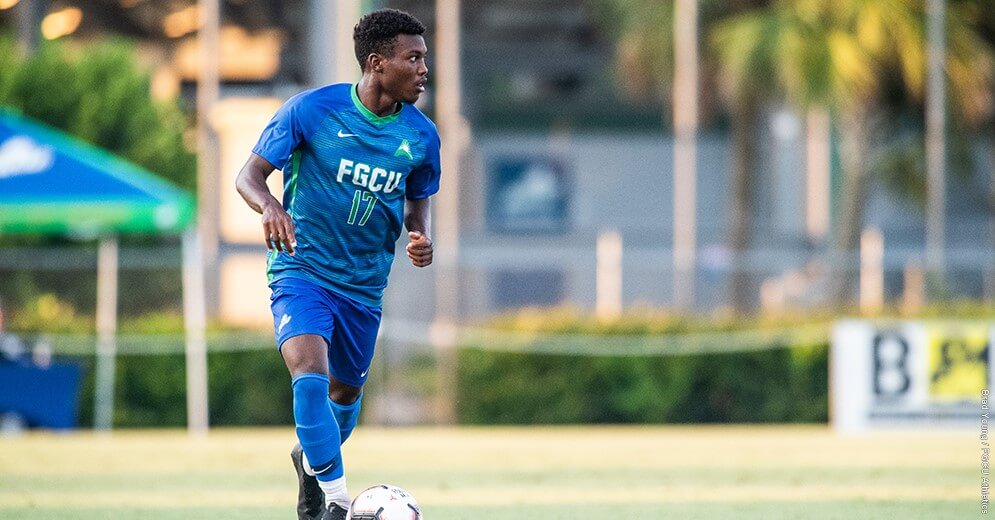 The FGCU men’s soccer team (7-7-2) lost to the New Jersey Institute of Technology, Saturday night, by a score of 2-1.

NJIT pressed FGCU into sending the ball out of bounds within the first 15 seconds after the opening kick off, and Gerald Cubero scored the first goal of the game for the Highlanders in the second minute of action off of the resulting possession.

The Highlanders lead would only last four minutes, as FGCU found the equalizing goal off of a cross from Miguel Perez finding the head of Jahan Rajaee, who kept NJIT’s goalkeeper flat-footed while knocking down the ball into the goal.

FGCU gained control after the shakey opening few minutes, outshooting NJIT nine to five over the rest of the half.

In the 41st minute, NJIT had a player sent off for accumulating two yellow cards and subsequently had to play the remainder of the game with 10 men. What felt like moments later, FGCU was also down to 10 men with Max Edwards receiving a red card from the referee for yellow card accumulation in the 42nd minute.

The first period of the second half saw much of the same of the first half, with FGCU controlling the game, but NJIT started to work their way back into the game.

NJIT gained control of the game, and their efforts ultimately paid off in the 84th minute, when Gerald Cubero secured a brace by scoring his second goal of the game.

FGCU men’s soccer travels to DeLand to face Stetson for their last regular-season game on Saturday, Nov. 2, at 7 p.m.