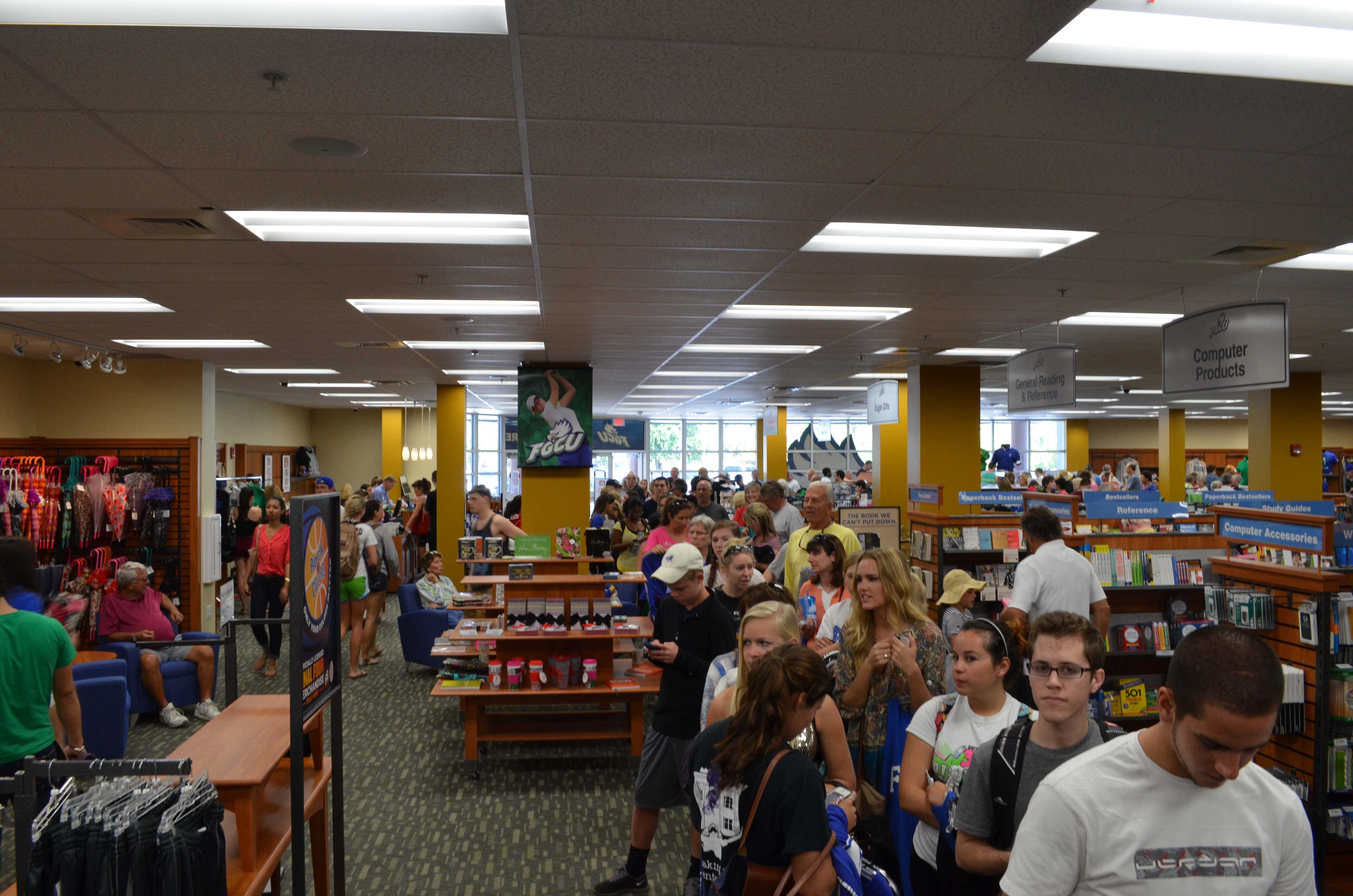 News of Florida Gulf Coast University’s wins over Georgetown and San Diego State University rocked the nation like a hurricane. After the parties subsided, students and fans lined up at the campus bookstore to grab a hat or shirt to express their support for the nation’s new darling, the men’s basketball team.

On Saturday, the day after FGCU’s upset of Georgetown, sales of women’s apparel increased fifteen fold from Friday. Men’s clothing sold 24 times more than the day before. By Monday, the clothing stock was emptier than a beach on the first day of winter, with $62,000 in sales for men’s apparel alone.

Sales figures for the first two and a half weeks of March have more than doubled compared to last year, when the women’s team played in Tallahassee for its first NCAA tournament appearance.

“It’s a big deal. We’re on the national stage, now,” said sophomore Kevin Opalinsky. “Everyone wants to be a part of it.”

When Opalinsky said everyone, he meant everyone.

On Monday, lines for the checkout were stretching from the registers in front to the very back wall of the bookstore. Registers on the side had customers spanning the length of the store, intersecting with the other queue.

It wasn’t just students, either. Parents, retirees, and visitors from up north swarmed the bookstore. Even 10-year-old kids were being embarrassed by their moms talking about shirts with built-in sports bras.

JP Sports in Gulf Coast Town Center is in the same boat.

“We’re out of shirts and hats,” an anonymous sales rep said Tuesday. “We are taking pre-orders for shipments coming in through Thursday, though.”

The situation wasn’t any better at the local Publix. One petite girl was forced to grab the last ill-fitting, medium sweatshirt, leaving only scarce plus sizes.

While no one may know if FGCU will take the tournament, what is certain is that there’s a lot more blue and green in closets and dressers.