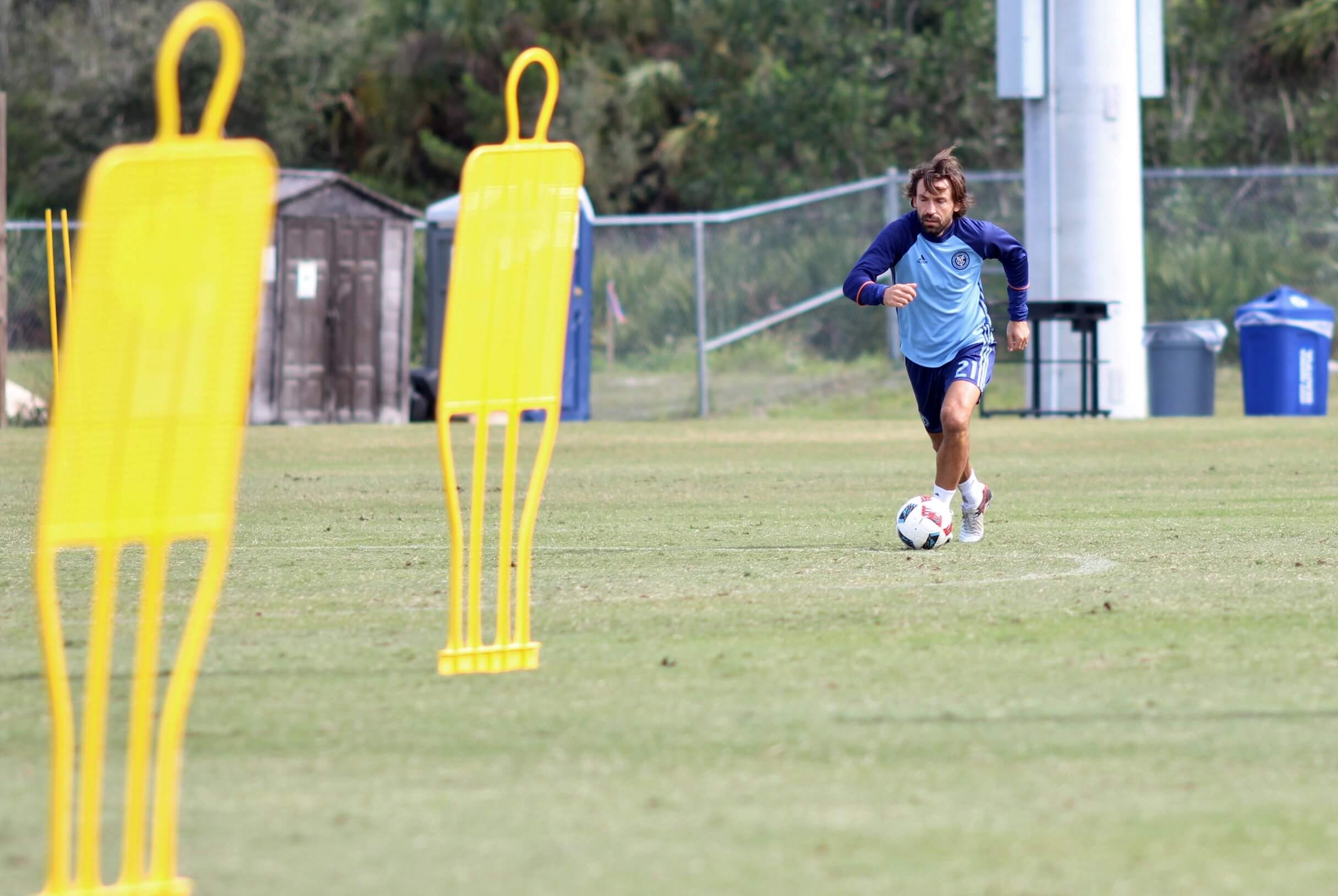 With just two days left before New York City FC lines up against FGCU in an exhibition match on Sunday, the MLS club hosted FGCU students and local soccer aficionados to its training session at the FGCU Soccer Complex.

Fans who purchased a ticket to Sunday’s game against the Eagles were invited to watch the team practice. Ticket owners didn’t deny the invitation, filling the complex to watch the likes of Andrea Pirlo, David Villa, Frank Lampard and newly appointed head coach Patrick Vieira prepare for their match against FGCU and for the start of the 2016 MLS season.

“I didn’t know what to expect when I heard we were coming to FGCU,” Vieira said. “I trusted my staff made the right decision to begin preseason here, and we are extremely happy with the facilities at FGCU and the team has been training very well.

After missing the playoffs in their inaugural MLS season and finishing eighth in the Eastern Conference, Vieira will look to improve the team in his first season as a head coach.

“The goal this year is to do better than last year, fight and compete.” said Vieira.

In his first season as captain of the club, David Villa scored 18 goals. In the middle of the season, the Spanish international was joined by Andrea Pirlo, who transferred to the club from Italian side Juventus, and Frank Lampard who returned to the club after being on loan with the reigning champions of the Barclay’s Premier League Manchester City.

*“FGCU has treated us very well,” Villa said. “With how bad the rain was on Wednesday, the grounds crew did an excellent job getting the field ready for us and giving us the chance to train. We have been able to train very hard and prepare ourselves well for our first league game which is far away. All in all we are very excited about the upcoming season.”

NYCFC’s trip to FGCU will come to a close when it faces FGCU on Sunday Jan.31 at 5:30 p.m. The friendly between the two teams will be split into three 30 minute periods.

*Villa’s interview has been translated from Spanish to English by a fluent Spanish-speaking staff member.