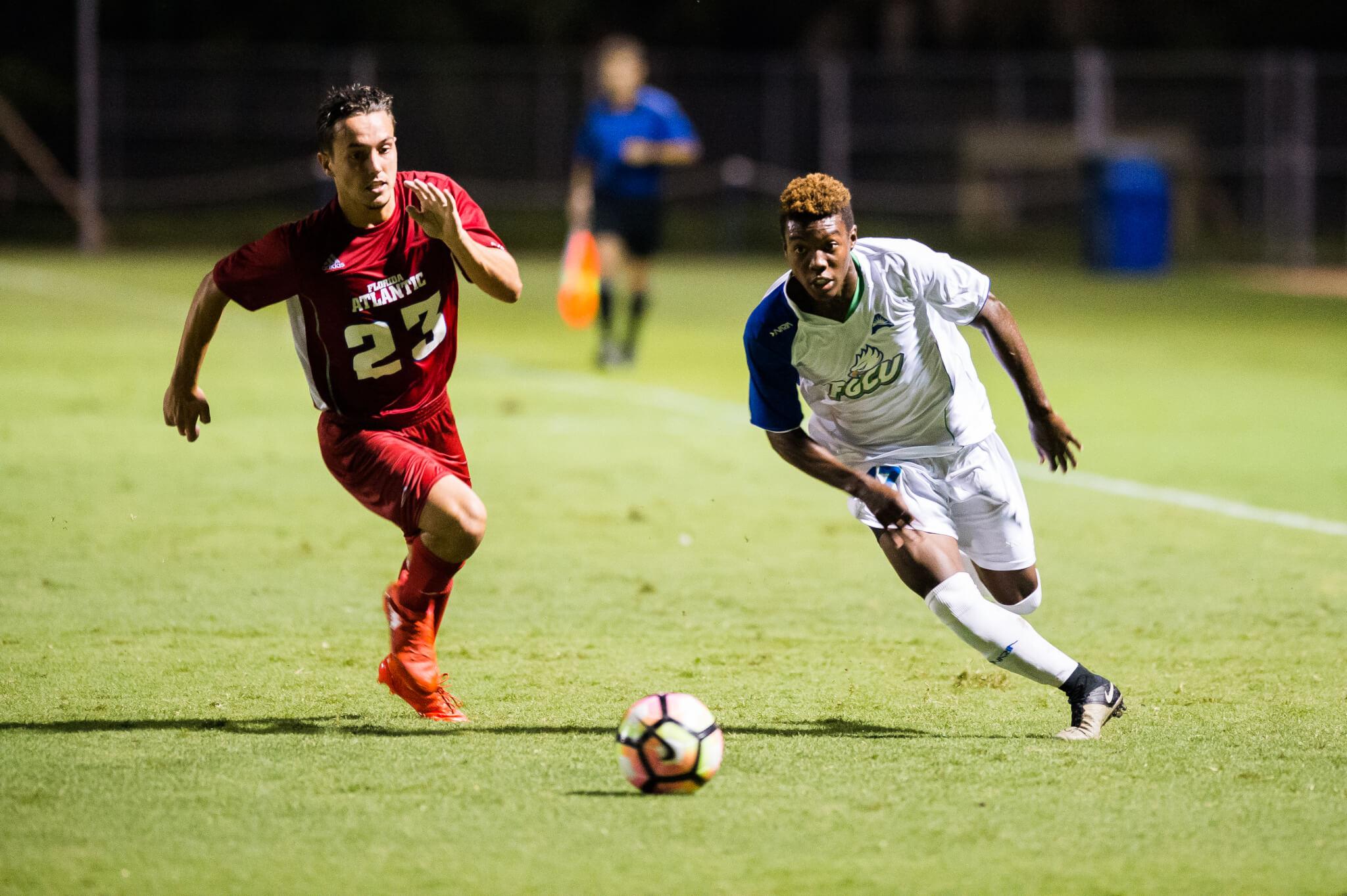 Moving from 15 to 12 in the national top 25 rankings, the FGCU men’s soccer team extended its win-streak to eight, defeating FIU 4-1 in their second to last non-conference game of the regular season.

With a national best of 31 goals on the year, the Eagles turned to four different players who scored their first goals of the season to propel them to their 4-1 victory.

Scoring his first goal of his collegiate career, Shak Adams found the back of the net twice, securing FGCU’s win breaking the deadlock in the 70th minute and again in the 77th to push the its lead to two.

After falling behind in the first 10 minutes, thanks to a free kick goal by Paul Marie, the Eagles struggled to generate rhythm in the final third of the pitch, being outshot by the Panthers 5-4 in the first half.

The Panthers defense held their own against the nation’s highest scoring offense, denying the Eagles’ top goal-scorers Albert Ruiz and Arion Sobers-Assue multiple chances to find the back of the net.

With their win-streak on the line, FGCU ramped up its offense at the beginning of the second half with multiple shots on goal.

Outshooting the Panthers 8-4 in the second half, the Eagles held the bulk of its possession in the final-third, adding pressure to the FIU’s defense and earning three corner kicks.

In the 64th minute, Miguel Jaime found the back of the net, after FIU failed to clear the ball out of its box, allowing Jaime to bring the Eagles level at one a piece.

GOOOOAAAAALLL @FGCU_MSoccer !!! @_MiguelJaime pounces on a loose ball in the box and slots it home for the 1-1 equalizer in 64th minute pic.twitter.com/0sZxveyWjs

FGCU head coach Bob Butehorn’s choices of the bench did not disappoint, with Adams and Rielee Mohsin combining for three goals off the bench to secure the game for FGCU.

GOOOOAAAALLL @FGCU_MSoccer !!! Shak Adams does it again, this time from outside the box with low drive. Eagles flying high up 3-1 pic.twitter.com/1ZFSDdEJAI

After keeping the ball alive on the left flank, Miguel Perez found Mohsin in front of the goal to cap off the Eagles fourth goal in 16 minutes.

GOOOAAALLLL @FGCU_MSoccer!!! A great long ball finds Perez on left wing, he cuts back to open Mohsin and it's 4-1. Eagles offense ???? pic.twitter.com/43jMjbwAiV

With non-conference play nearing an end and three points in Atlantic Sun Conference play, the Eagles continue their search for their seventh consecutive A-Sun regular season title as they hit the road to face conference foe Jacksonville on Saturday, before welcoming USF to the FGCU Soccer Complex Tuesday Oct. 11 at 7 p.m.