No. 20 men’s soccer comes back for 2-1 victory over Jacksonville 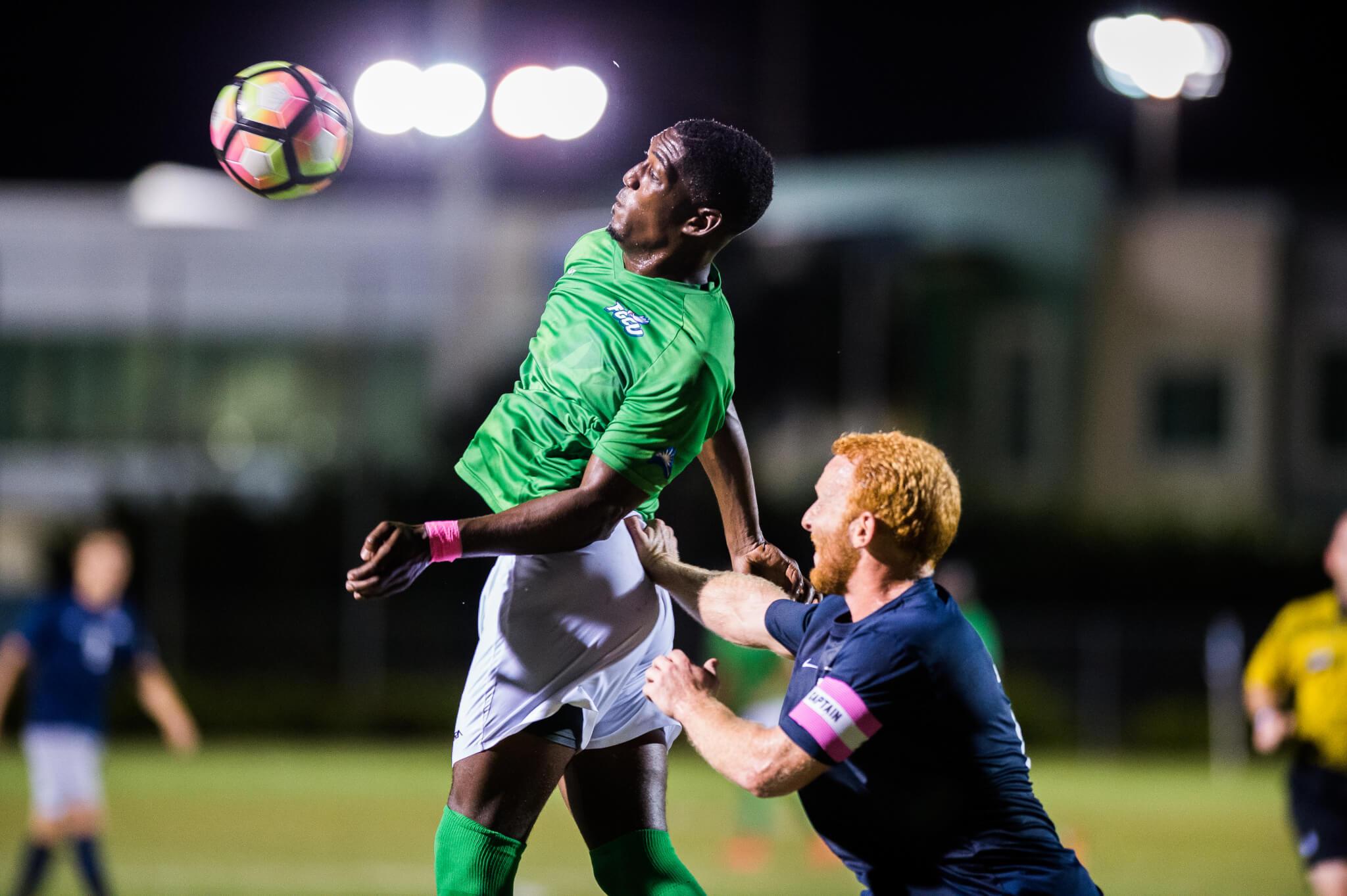 After defeating USC Upstate in its final home game of the regular season Saturday night, the No. 20 FGCU men’s soccer team defeated Atlantic Sun Conference foe Jacksonville 2-1 to move into a tie for first place in the ASUN standings with UNF.

After falling behind in the first half, thanks to two second-half goals by Shak Adams and the nation’s leading scorer, Albert Ruiz, FGCU was able to keep its regular-season title hopes alive with a vital three points on the road.

Falling to No. 20 in the national rankings prior to the match, the Eagles found themselves in a hole in the first 25 minutes when Diego Sanchez found the back of the net to give the Dolphins a 1-0 lead.

Despite firing six shots in the first half, including three shots and two corner kicks in the last four minutes of play, FGCU went into the half down 1-0.

Down by one, the nation’s highest scoring offense turned up the pressure, out shooting, with Jiro Barriga Toyama nearly bringing the Eagles level, but his shot rang off the post and out.

A minute after Toyama struck the post, Ruiz brought FGCU level with his 17th goal of the season, putting the Eagles on the board.

With his 17th goal, the nation’s leading goal scorer has scored more goals alone than 71 Division I teams.

Adding to their advantage in the shots column in search of the go-ahead goal, Adams rescued three points for the Eagles, recovering the ball from a failed clearance at the edge of the 18 and sliding the ball past Dolphins goalie Patrick Harding to give FGCU a 2-1 lead.

Despite two late corner kicks for Jacksonville, Adams’ goal proved to be the game-winner, as FGCU earned a 2-1 victory on the road.

With a spot in the ASUN Men’s Soccer Championship already clinched, FGCU travels to Nashville, Tennessee to face Lipscomb in its final game of the regular season on Saturday, Oct. 29.