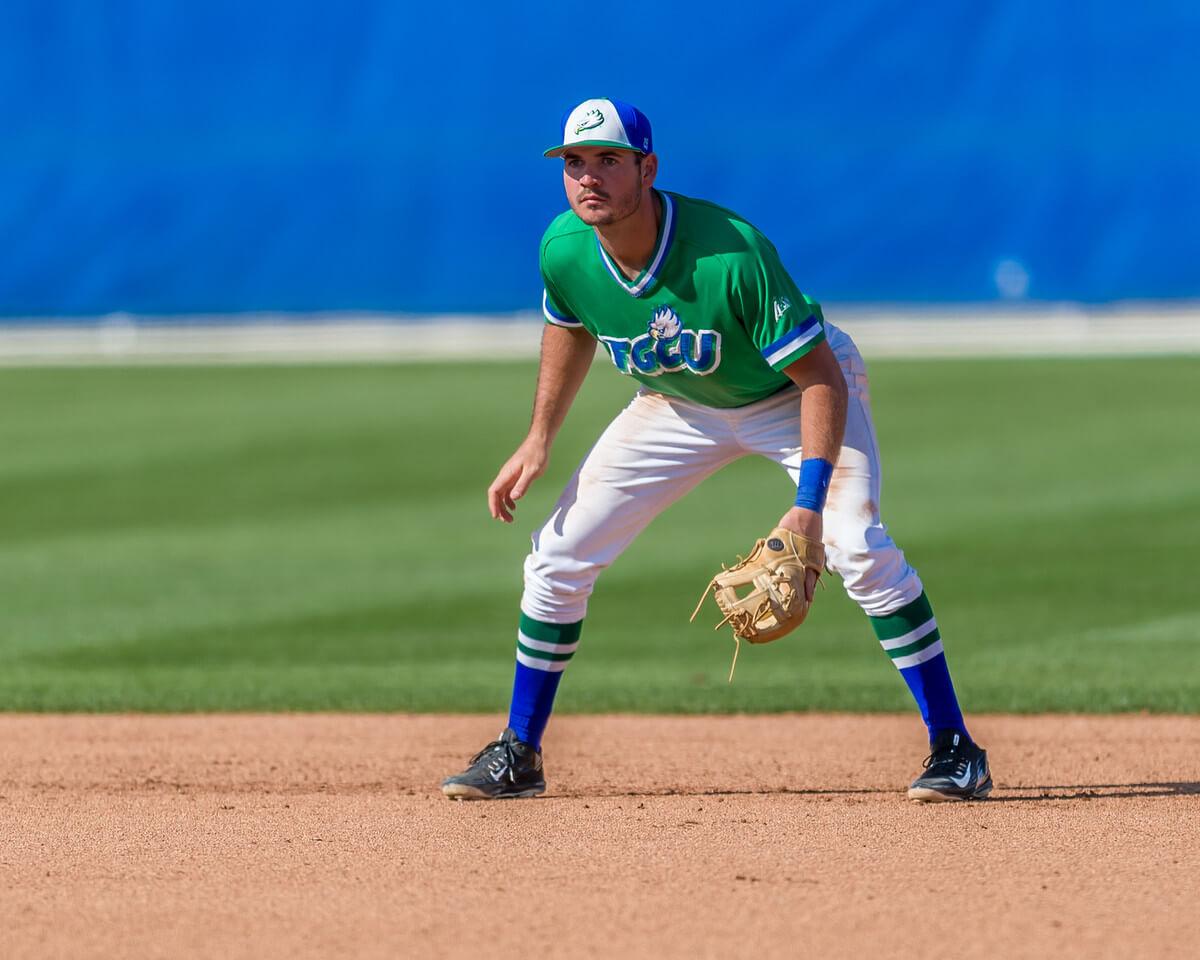 Redshirt junior second baseman Jake Noll has been named an All-American by Baseball America, a major collegiate baseball publication, as it made its three-team announcement. Noll was also named a Louisville Slugger Second Team All-American and the Atlantic Sun Player of the Year. Additionally, he is the only member of the A-Sun Conference to be named to any of the three teams.

Despite missing much of the A-Sun Tournament with an oblique injury, Noll finished the season ranking in the top three of seven offensive categories. Noll led the league in runs scored (58), hits (87) and total bases (147) while ranking second in slugging (.620), RBI (61), doubles (20), tied for second in home runs (12) and third in average (.367).

With the 2016 MLB First-Year Player Draft this Thursday, Noll will likely become the 26th draft pick in program history. According to D1 Baseball, Noll entered the season as a top-100 prospect and appeared as the top-ranked second baseman.