Plenty for FGCU to be optimistic about 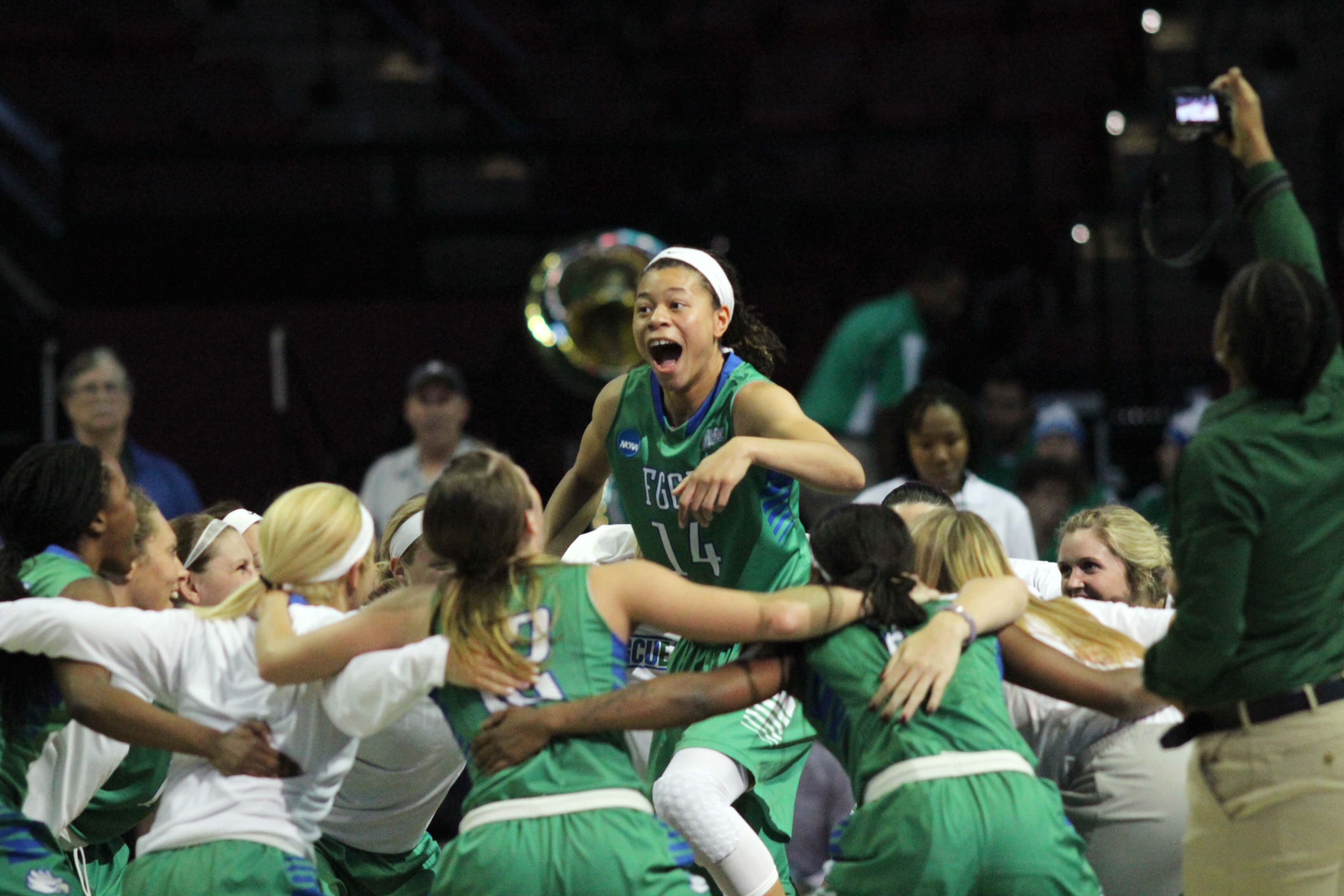 The seven-seeded Eagles, who finished with a Division-I best 31 wins, fell to two-seeded Florida State in Tallahassee 65-47 in front of 4,772 fans at the Donald L Tucker center.

But for the Eagles, there is no reason to be sad. This team is going to be stacked next year. And by no means is that my bias speaking it’s the truth.

The Eagles return 12 players from this year’s team plus add Sydnei McCaskill, a Georgia transfer, who will be able to play the second half of the year.

“We’re very excited about the upcoming year,” redshirt junior Whitney Knight said. “We have a great team next year. We still have the core of our team coming back and we’re going to use this loss as motivation to keep advancing in the NCAA tournament.”

Knight, who will undoubtedly be the centerpiece of this team next year, finished her third NCAA tournament game with nine points.

“We’ll have high expectations for next year; maybe the highest we’ve ever had.” – Karl Smesko

This will be the most experienced team that head coach Karl Smesko will ever have and should be right back in the NCAA tournament as a better, more complete team.

“It’s hard to think about next year right now,” Smesko said. “We have a lot of good young players that will be returning. We’ll have high expectations for next year; maybe the highest we’ve ever had.”

And they should have high expectations. They will be playing with nine seniors with eight of them with NCAA tournament experience.

“I’m definitely excited for next year’s season,” Atwater said. “This was a great learning experience and playing against teams like Florida State you cant afford to miss lay-up’s and open shots like we did so I’m excited about getting back on the floor for next year.”

There should be no reason why this team won’t start off next year in the top-25 and make an even deeper run than they did this year. Heck, I wouldn’t be surprised if this team hosted a first round regional next year. This team will be THAT good.

Sadly I won’t be here to watch this team but I hope that this run gave people at FGCU pride in this team. They have been the most successful team in FGCU history and to see the support they got in Tallahassee from the FGCU faithful was awesome.

Hopefully this will encourage more fans, especially students, to come out and watch the best team that FGCU has ever had.