Seniors’ careers end with loss to Corpus Christi in CIT 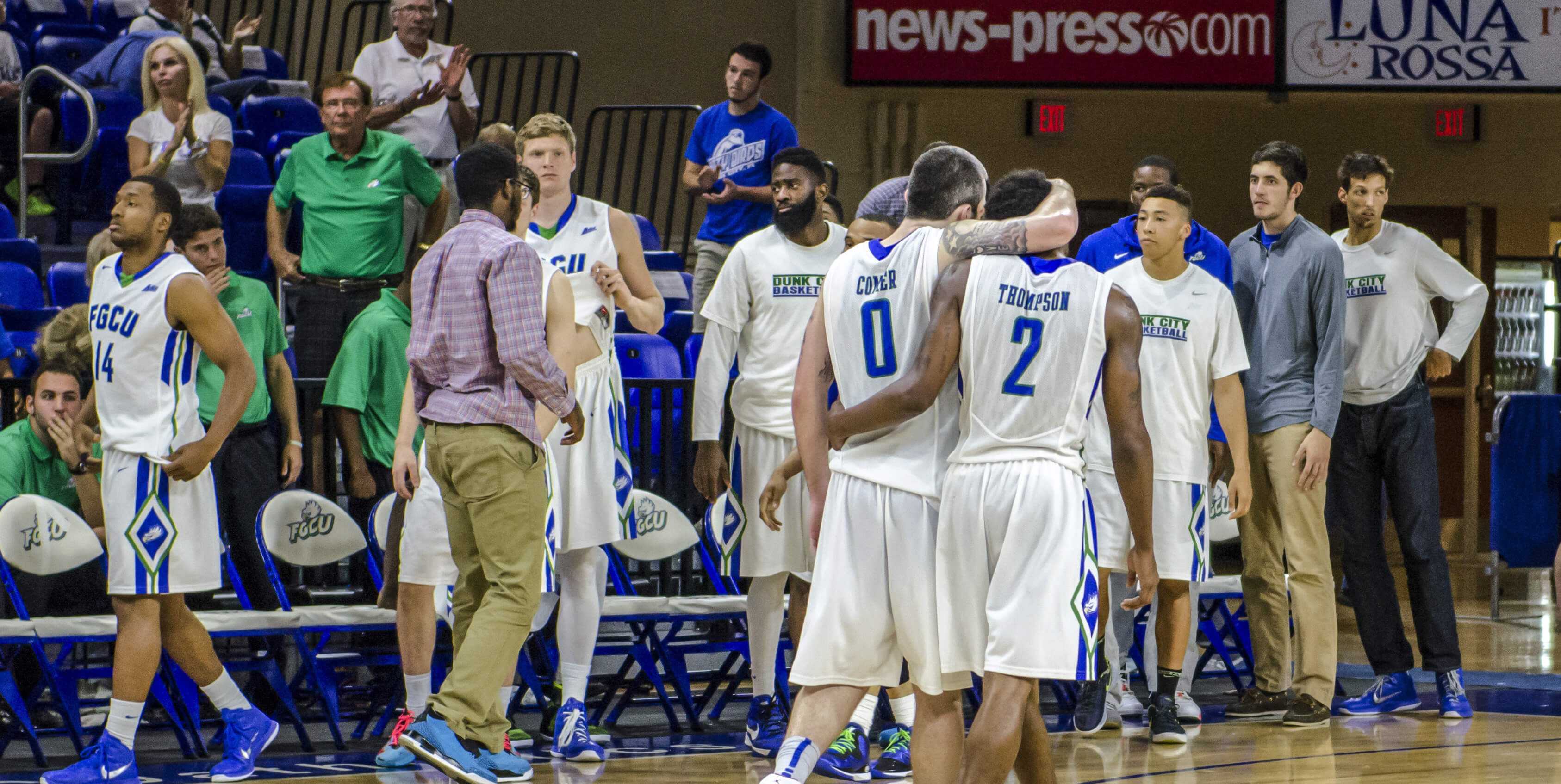 The FGCU men’s basketball team ended the season with yet another disappointing performance, falling to Texas A&M-Corpus Christie at Alico Arena. The final score was 75-69 in favor of the Islanders but it never felt that close, with TAMCC controlling the game from start to finish.

The Eagles looked like a team that wanted their season to be over, lacking energy and never maintaining any sort of rhythm. FGCU made an impressive run to climb back into the game right before halftime but they failed to carry that momentum into the final twenty minutes.

“They got off to a good start and we didn’t offer much resistance,” head coach Joe Dooley said after the loss. “Once they got on a roll we never really got it corralled. We needed timely stops and timely baskets and we didn’t get them.”

The Islanders were led by senior John Jordan who had 20 points and whose remarkable all-around performance sparked comparisons to Russell Westbrook.

The loss marked the end of five college basketball careers, including Brett Comer and Bernard Thompson. Comer finishes his career with 845 assists which places him 23rd all-time in the NCAA record books.

FGCU floundered down the stretch this season, but with the returning players and promising recruits, the future is still bright for the Eagles.
Until next November comes around, keep your eye out for Comer’s professional pursuits and the happenings on the recruiting trail.