Serving up a good time 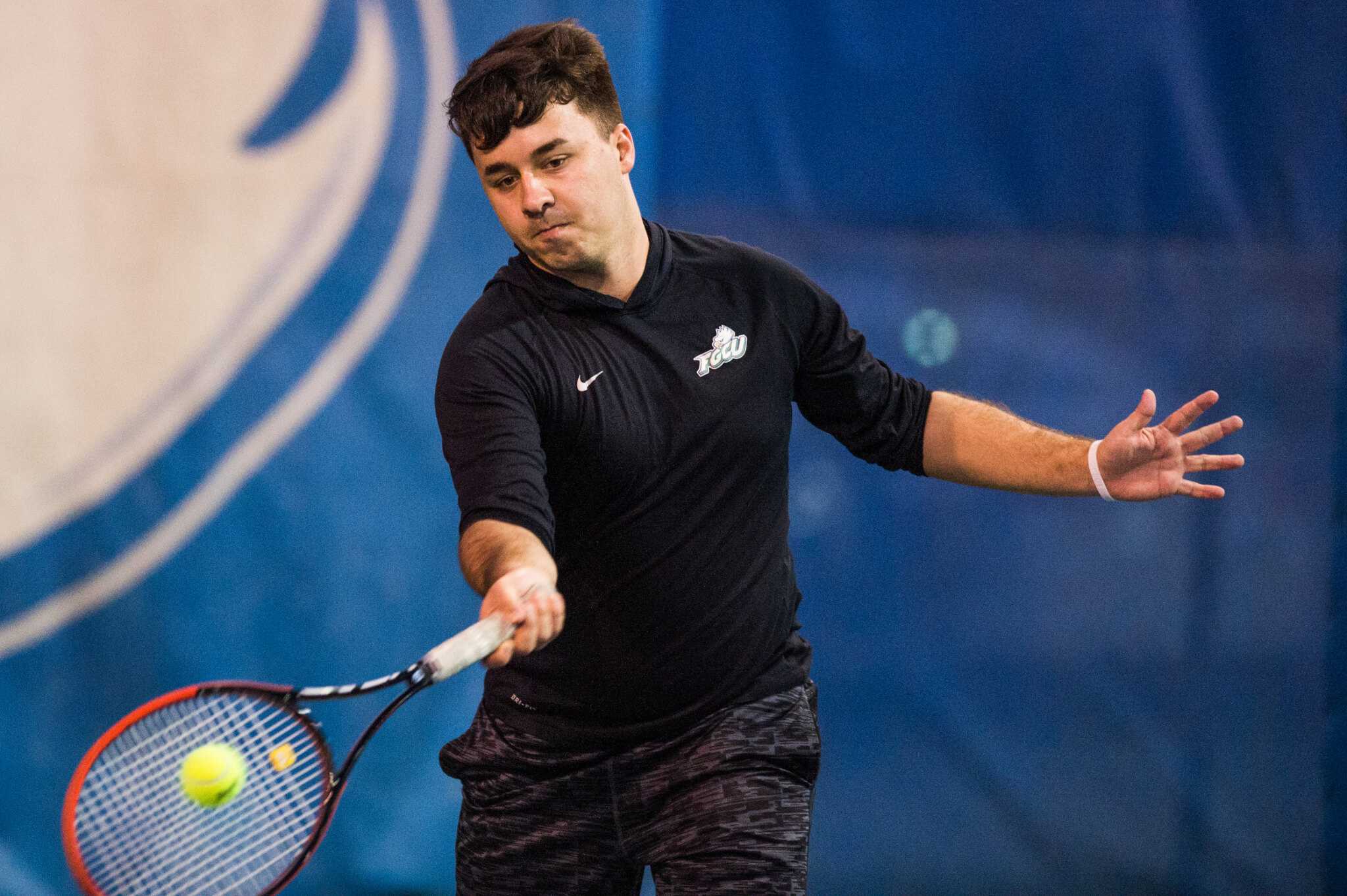 Junior Cody Crivello has been apart of the  tennis club for three years and plans to succeed Laura Dempsey as the club president.(EN Photo / Brad Young)

Whether novices or a veterans, the FGCU tennis club allows people to get out on the court and improve upon their play, while in a casual, fun atmosphere.

Established in 2007, the club fluctuates in numbers throughout the entire year. However, despite this fluctuation, the club remains extremely structured.

“We have practice four days a week, Monday through Thursday, just so kids can come out when they’re free,” FGCU tennis club president Laura Dempsey said.

With all of this practice, the club also has the opportunity to travel in-state to compete in top tournaments.

“We have tournaments that we travel to all around the state to each major university,” Dempsey said. “At the end of last semester we hosted a tournament at home and had UM, FSU, UCF come, so we play tournaments all day Saturday and Sunday.”

The structure of club tennis is also very unconventional compared to conventional tennis. With the rules stemming from the World Team Tennis rules, the tournaments are set up in a way to make them quicker because of the three rounds of play each day.

“We bring as many people as we can to every tournament,” Dempsey said. “I always try to include everyone because it’s a great experience and a lot of fun. It’s about having fun; it’s not being the best tennis player out there.”

With the flexibility of a club and the comfort of a team, this organization has formed a tight-knit group of players, who strive to help one another regardless of experience.

“One tournament, a player wanted to bring a friend with him who had never played tennis, but at the tournament we were giving him tips on how to hit a forehand and how to hit a serve,” club member Cody Crivello said. “You want to get better, but it’s also about having fun, so at the tournaments too we have a team dinner night after the first day of play.”

However, at the end of the day, the club is as much commitment and time you want to put into it. One can create bonds, while also improving on their skills, all at their convenience.

Over the weekends, the tournaments typically take up Friday through Sunday night, which leaves the club with a low numbers of players come tournament time.

“Each team consists of a minimum of two girls and two guys, but one of the problems we always run into is that we don’t have enough of one, usually girls,” Crivello said.

Fortunately though, when the team does have the opportunity to travel and compete in tournaments, they are able to share similar experiences with those who share the same interest.

“It’s a really casual environment, you make friends with other teams, so every tournament you go to, you get to hang out with different people,” Dempsey said.

After ten years of being a team, the club has positively grown over the years. This growth comes from the program itself as well as from the players who have been a part of it throughout the years.

“I would definitely say that since my freshmen year, it has definitely grown,” Crivello said. “Over the years we’ve been able to keep more freshmen involved and get them excited about tennis and interested in club tennis.”

With an incentive program for all club sports, the university is able to promote community service and fundraising, while also enjoying a club’s specific sport.

“We’re apart of club tennis, but we’re all a part of the sports club community,” Crivello said.