Softball: FGCU starts strong against Lipscomb but struggles to finish 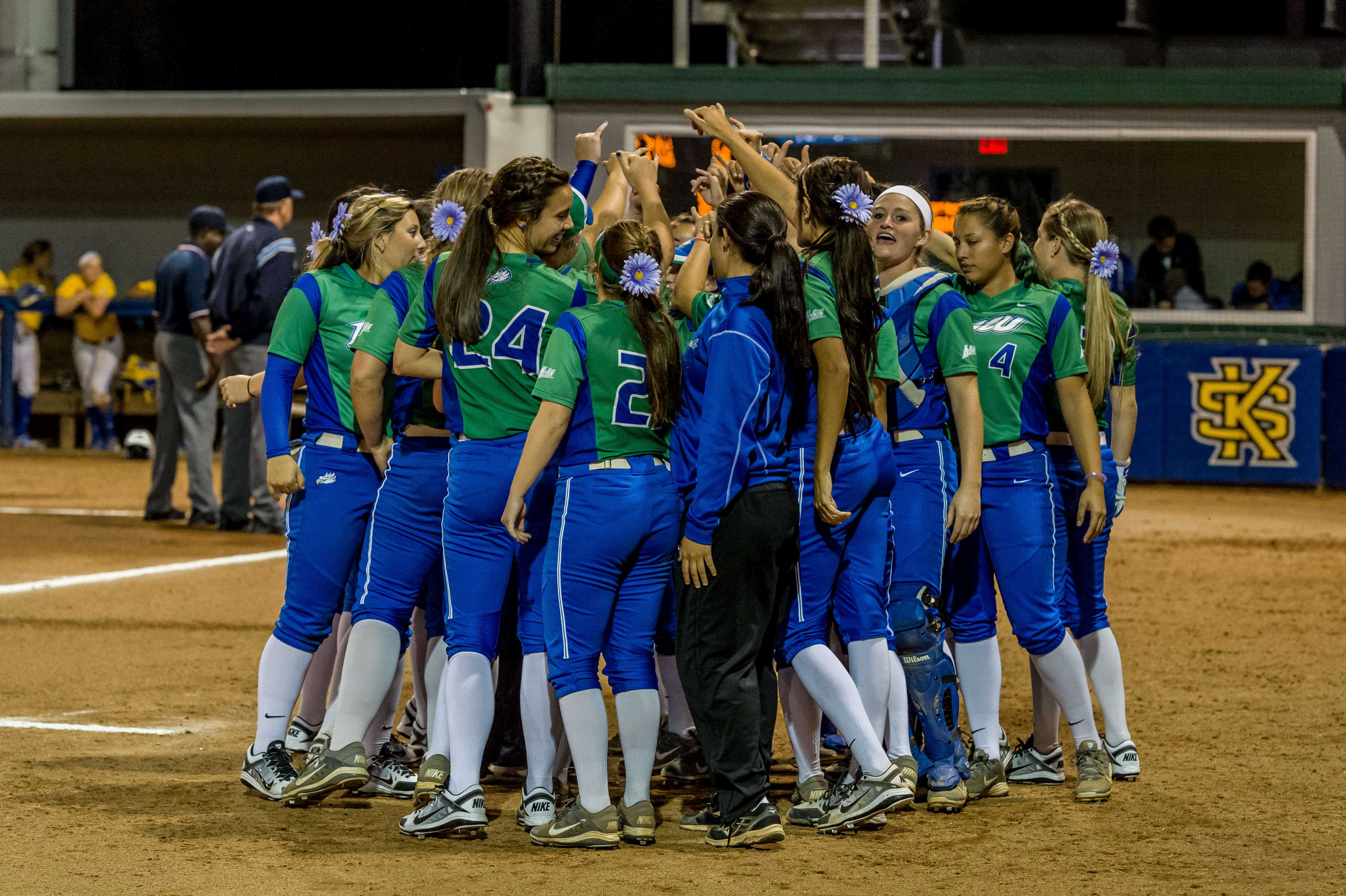 With a much-needed confidence boost from last weekends’ wins against USC Upstate, the FGCU softball team came out this weekend with hopes of sweeping its second-straight conference doubleheader. The Eagles split their doubleheader against Lipscomb on Saturday, starting the day with a 9-2 win, but fell 9-0 in five innings in the finale in Nashville.

Along with a game gem from Riley Randolph, the Eagles took a 5-0 lead after three innings on a bases clearing throwing error in the second and a Louie Ross double to center in the third.

However, the Bisons cut into the lead with single runs in the fourth and sixth, but Randolph kept the damage to a minimum to allow the Eagles to keep a comfortable lead. FGCU broke the game open with a four-run in the seventh, including a Racquel Fournet double to end the game 9-2 in favor of the Eagles.

FGCU fell to a six-run third inning, putting the second game out of reach. Lipscomb started the game with four-straight base hits, scoring three runs off of Dobson and the FGCU defense. LuLu Newmark drew a one-out walk in the second, but that’s all the Eagles would collect in the inning.

A scoreless fourth for both teams put FGCU in danger of a run-rule loss. Verderese singled up the middle with one out in the inning for FGCU’s first hit, but the Eagles still fell 9-0 to Lipscomb after the Bisons posted three runs in the first off of Ashley Dobson before putting the game out of reach with six runs in the third, sending FGCU to a 9-0 loss in five innings.

“We made too many mistakes, truthfully,” head coach David Deiros said. “When they got the bases loaded, we let them have everything. We didn’t step up and make the plays, and we had chances to get out of the inning with little damage. But, it ballooned. We have to forget about it and move forward.”

Come Sunday, the Eagles planned on forgetting about Saturday’s tough, 9-0 loss; however, the team fell 6-1 in the series finale against the Bison.

“We had several chances to score and minimize the damage, but we couldn’t get it done,” Deiros said.

FGCU fell to a two-run deficit, giving the Bisons an early lead. Lipscomb posted two runs in the third off of Randolph and stretched the lead to six after four runs in the fifth. The Eagles were able to add a run in the top of the sixth off of Bri Innamorato’s RBI single.

Later, Innamorato would have the only run of the afternoon, making the final score 6-1 in favor of Lipscomb.

Next, the Eagles look to bounce back against Stetson on Saturday, April 9 at 2 p.m.