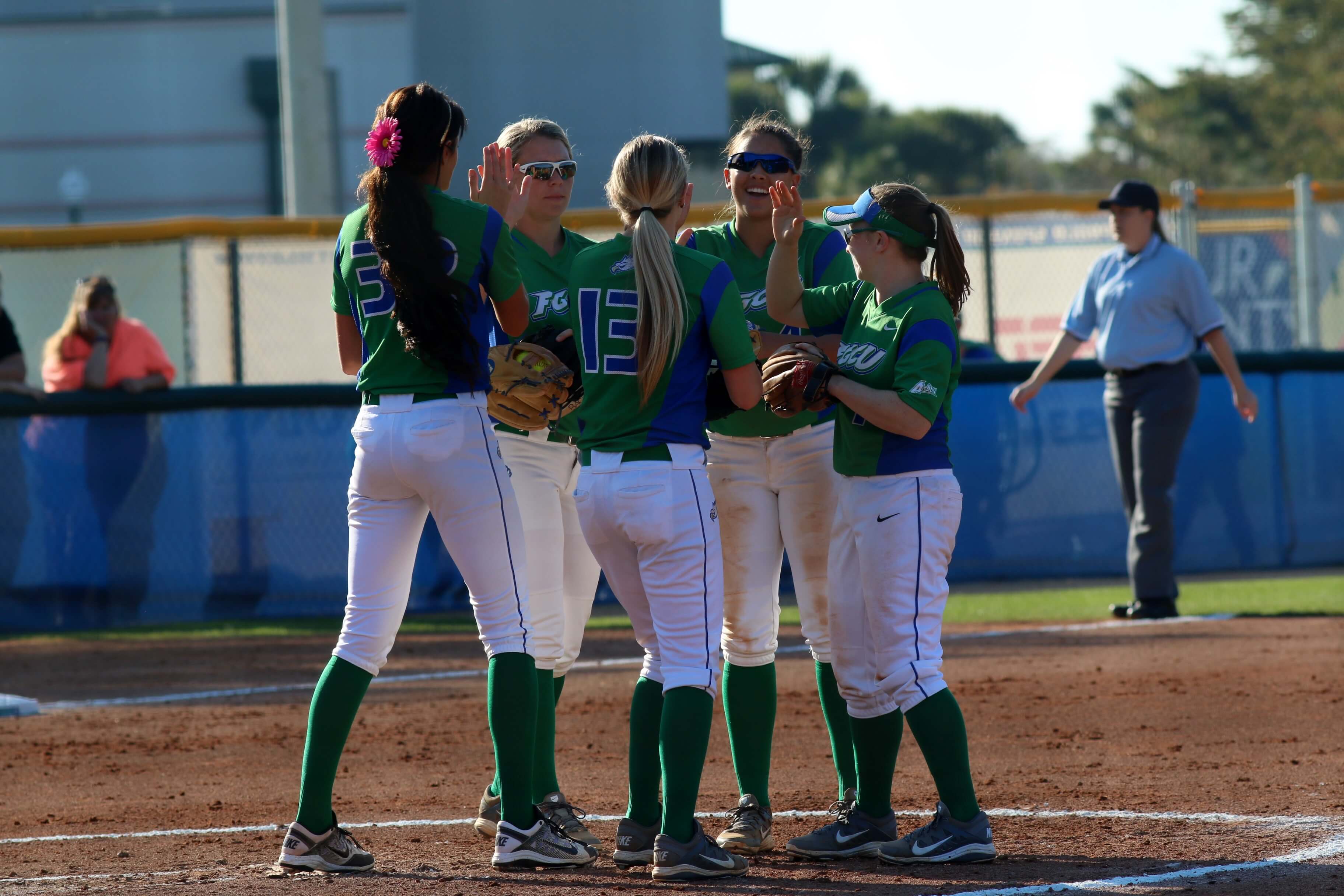 FGCU softball has officially begun its 13th season. The team is scheduled to play 56 games against 29 different opponents, stretching across 14 different conferences. The first 19 games are home, five of which were played last weekend.

“We are in the most beautiful part of the country, so people want to come down here and play,” Head Coach David Deiros said. “We got one of the toughest softball conferences in the country. As a result, if we can play the best nonconference schedule, we can better prepare.”

“All 22 of us feel the same way about our record this weekend,” Deiros said. “We didn’t play our best, so as a result, we got the record we did this past weekend. We are approaching this week with a little more toughness.”

Deiros scheduled the variety of teams for a reason. He says he’s looking to challenge the girls and get them ready for what’s coming up.

“The Atlantic Sun Conference is a very difficult conference,” Deiros said. “It’s Feb. 16. We don’t start our conference schedule till March 25. We don’t want to go out there and just lay an egg. If we can take care of our business within the conference, that gets us post-season ready.”

The team has welcomed three freshmen to its young lineup, consisting now of 15 underclassmen. The youthful roster doesn’t keep the team from becoming that unit on and off the field.

“These kids love each other; they would run through walls for each other,” Deiros said. “It really is a great group of players.”

The 2016 season will hold many challenges for the team as it hosts powerhouse schools from around the country. At the same time, donors have taken steps to ensure the team has only the best facilities. The team has received three upgrades this year, including a new lounge, locker room and video board.

The most recent project, the video board, stands 16 foot tall in the outfield where spectators and players alike can see it.