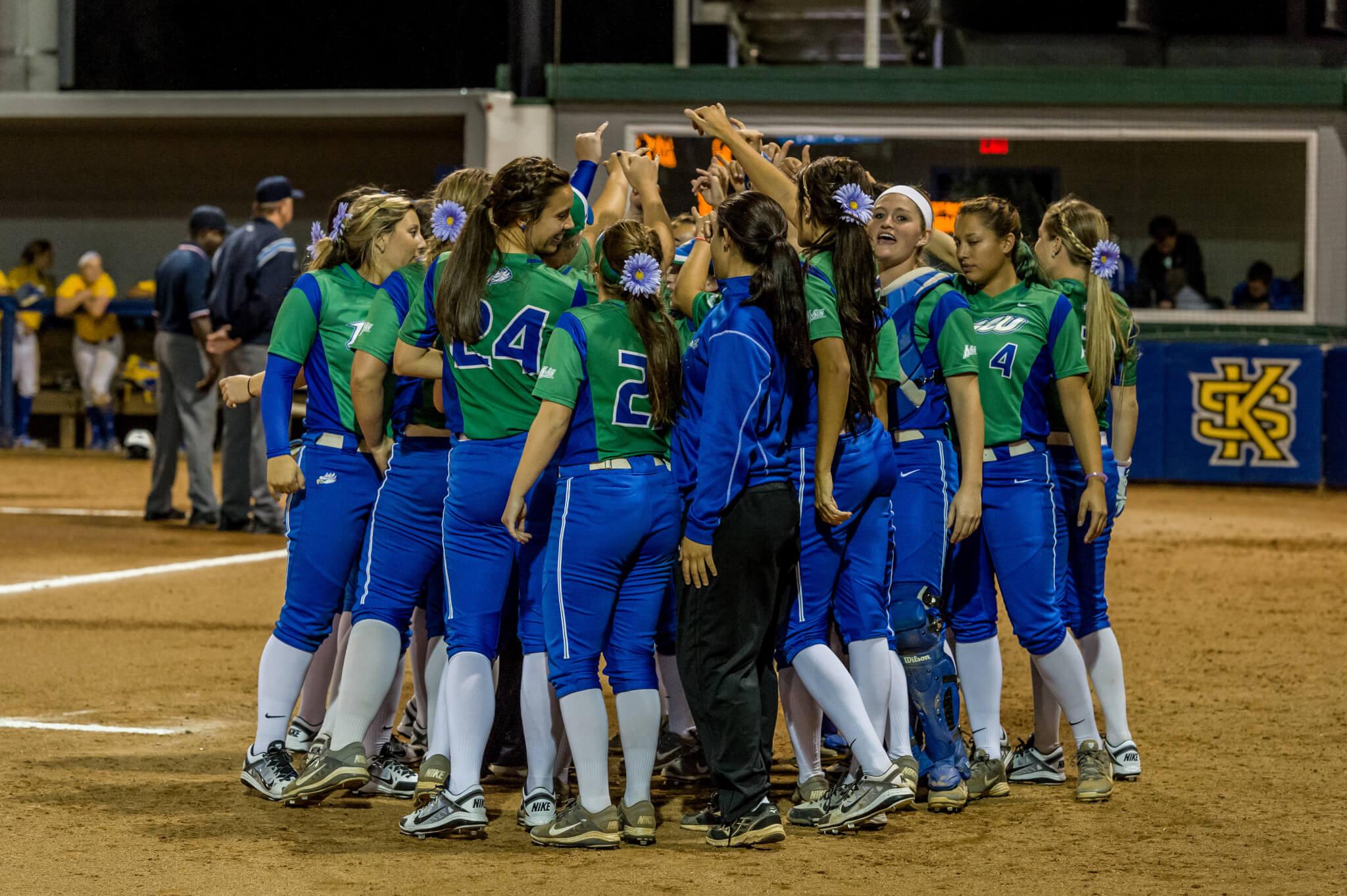 Led by a trio of ASUN preseason All-Conference team members, the FGCU softball team welcomes the 2017 season with games against LIU-Brooklyn and UConn on Friday, Feb. 10.

Retuning more than 60 percent of its offense and 77 percent of its pitchers from last season, the Eagles will face off against 19 RPI Top 100 opponents and 16 NCAA tournament teams during the 2017 campaign.

“We are very fortunate that we have perfect weather and great facilities to bring in some of the best teams in the country,” FGCU head coach David Deiros said to FGCU Athletics. “I am confident that our non-conference schedule will prepare our team for the rigors of competing in the gauntlet that is ASUN softball play.”

Prior to playing the bulk of their home schedule at the FGCU Softball Complex, FGCU will head to Puerto Vallarta, Mexico to compete in the Triple Crown Sports Puerto Vallarta Challenge. There, the Eagles will face previously ranked No. 17 Fresno State, Texas Tech, Cal State Fullerton and Mississippi State.

Opening the season against 2016 NCAA tournament-tested LIU-Brooklyn, facing it and UConn in the FGCU Kickoff Classic, FGCU will host three tournaments, welcoming Power 5 foes Boston College, Rutgers and Wisconsin from Feb. 24 to 26.

Facing Women’s College World Series participant Florida State before hosting their final tournament of the season, the Eagles will welcome IUPUI, Iowa State, Canisius, Drexel and Cleveland State from March 16 to 19 before embarking on their ASUN regular-season title defense.

Ending the regular season in May with a three-game series against Lipscomb, FGCU will look to win an NCAA tournament berth and second ASUN tournament title in the 2017 ASUN Championships in Nashville, Tennessee, when it begins on May 10.