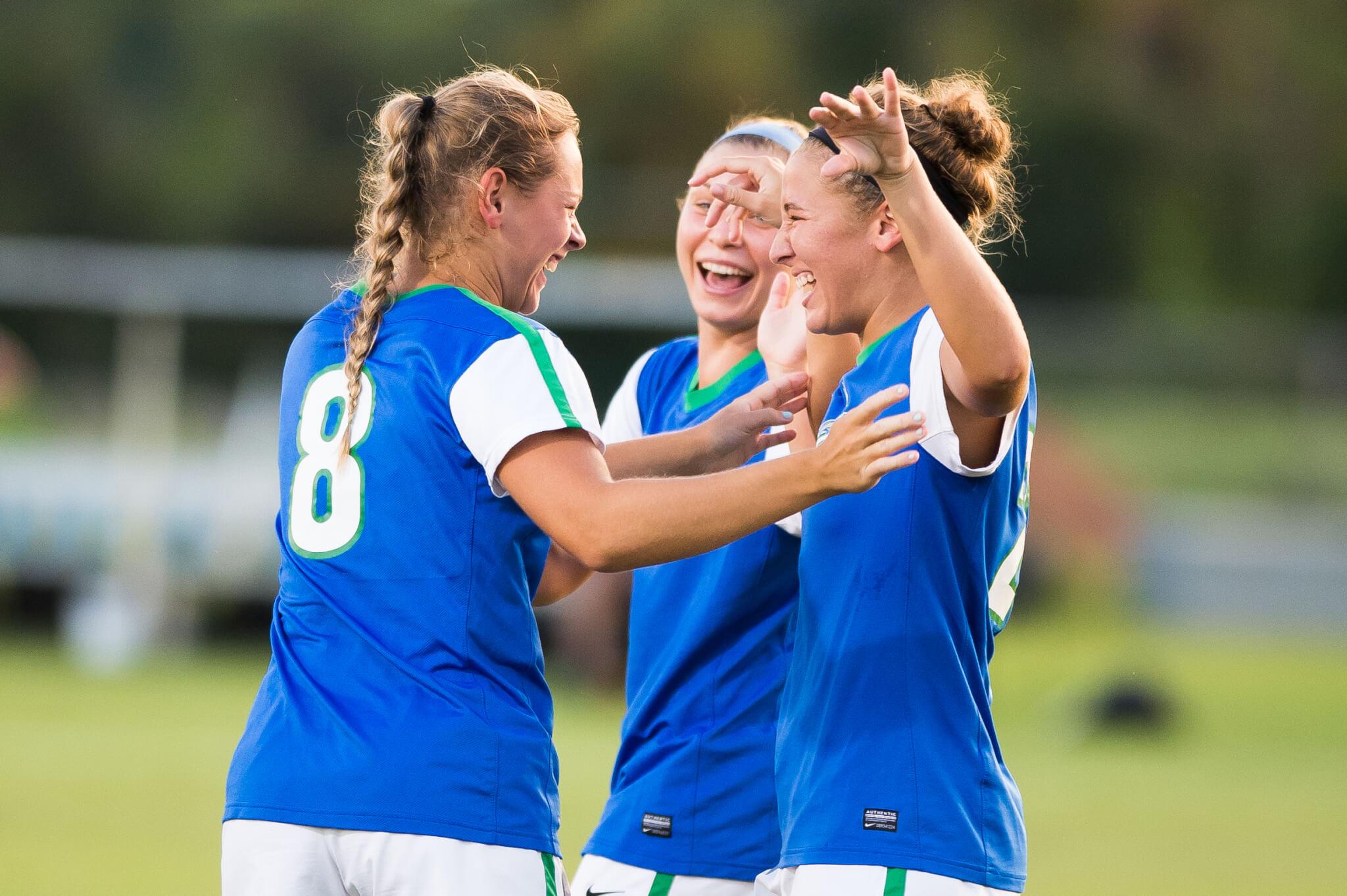 After kicking off Atlantic Sun Conference play with a 4-0 victory over USC Upstate on Friday, the FGCU Women’s soccer team extended its win streak to five, with a 1-0 victory over NJIT.

“Points are hard to come by, and in October every point is crucial,” FGCU head coach Jim Blankenship told FGCU Athletics. “There was a little bit of frustration, but that’s soccer. Teams are going to keep everyone back and this is the first time we’ve seen it. Credit to them; they did well at the back and the ‘keeper made some great saves. There were four shots off the crossbar but again that’s soccer.”

With two minutes remaining before the teams headed into overtime, two-time Atlantic Sun Player of the Year, Tabby Tindell, put the ball in the back of the net off of a headed pass from Jamie Finn.

Tindell’s 10th goal of the season marked the 62nd goal of her career, breaking the A-Sun record for career-goals previously held for 20 years by Shelley Marusak (Centenary, 1993-1995).

“Tabby’s done that a few times here, where the ball just finds her feet when we need her the most,” Blankenship told FGCU Athletics. “She’s a complete player. She broke a record that stood for over 20 years and that says a lot. There have been some great players in the history of the ASUN. It says a lot about her, she’s the best ever.”

Despite getting a goal in the dying minutes of the match, the Eagles struggled to break through the Highlanders’ defense, despite firing 34 shots.

FGCU dominated possession once again throughout the match, keeping the ball in their opponent’s half, allowing Melissa Weck to have a quiet game in between the sticks, only notching two saves in the 90 minutes.

It was a different story for NJIT goalkeeper Amelia Sapirman, being called on to keep the Highlanders in the game multiple times.

In the 74th minute, Tindell became tripped up in the box, earning FGCU a shot from the penalty spot. Speckmaier stepped up to take the shot for the Eagles, but Sapirman saved her effort.

With help from the crossbar on four separate occasions, Sapirman recorded highlight-reel saves, recording nine saves in the game, despite being beat by Tindell for the game-winner.

With six points in A-Sun play, the Eagles will kick off their two-game road trip in Kennesaw, Georgia to face Kennesaw State Oct. 7.