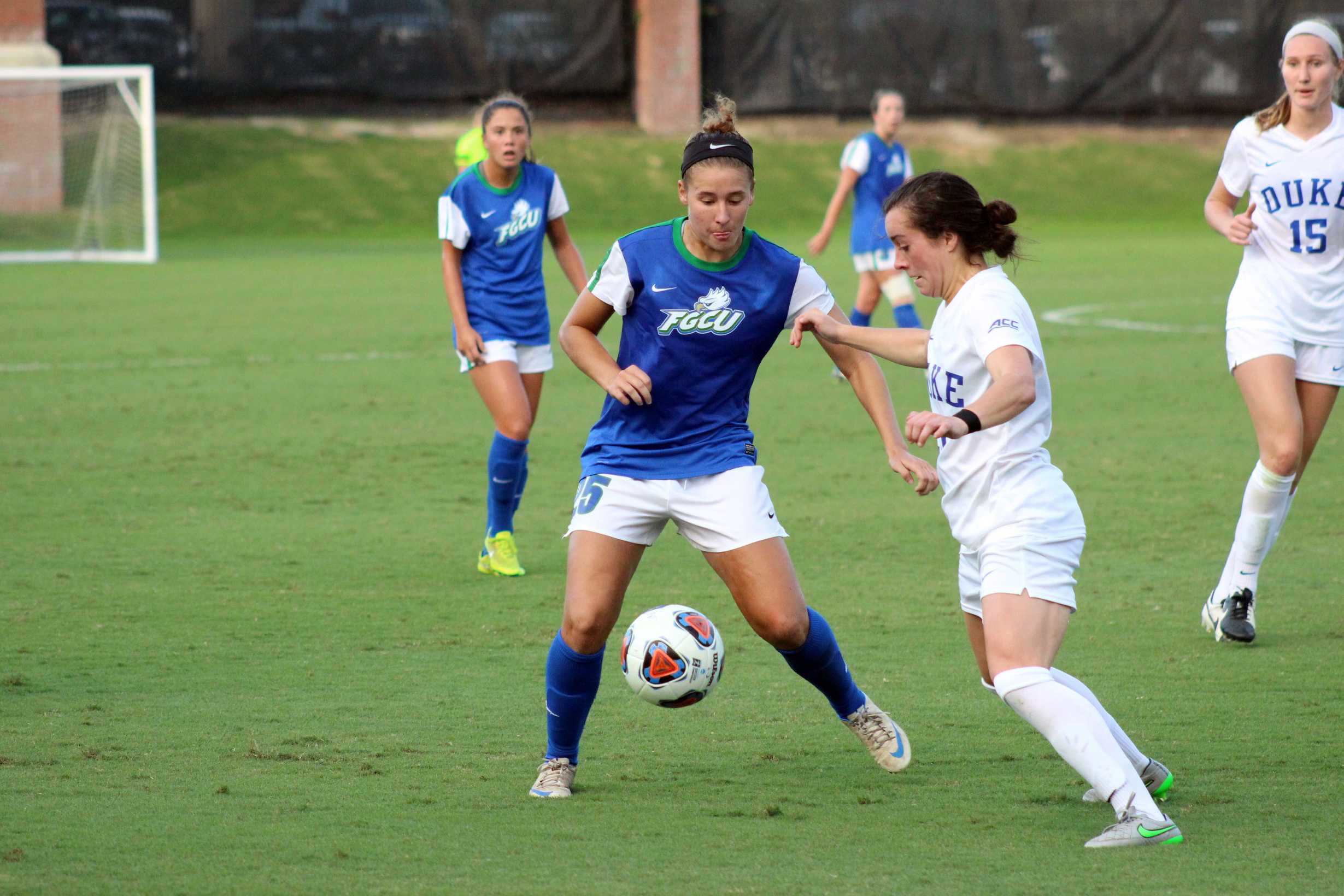 Tabby Tindell, the most lethal goal scorer to step on the pitch for the FGCU women’s soccer team, continues to add to her impressive legacy. On June 3, TopDrawerSoccer.com listed her at number nine on its Top 10 Division I Forwards list going into the 2016 campaign.

“What a great recognition for Tabby and our program,” head coach Jim Blankenship said. “She has been an outstanding player from day one and an even better leader and person. Knowing Tabby, I’m sure she is honored but excited about the fall and making another run at the NCAAs.”

A two-time Atlantic Sun Conference Player of the Year, Tindell is no stranger to watching the ball bulge in the back of the net. The Ocala native is the all-time leading goal scorer in program history with 52 goals in just three seasons. Along with the program record for points with 126, Tindell has one more season to add to her records and break others, falling just eight assists shy of the all-time program record of 28.

After earning their first win and reaching the second round of the NCAA Tournament for the first time in program history, falling to Duke 2-0, Tindell and the Eagles gear up for yet another record breaking season, as the team looks to win its unprecedented seventh consecutive A-Sun regular season title and reach new heights in the NCAA Tournament.